Step into the world of James Bond, in the Austrian Alps

August 2, 2018, 1:11 PM · James Bond might be the most popular and enduring film franchise not currently in a theme park attraction, despite the pleas of many fans over the years. (Middle Earth would be the other claimant on this title, FWIW.) But even though Bond isn't yet part of any theme park, you can step into the world of the British superspy in a new "cinematic installation" in the Austrian Alps.

007 ELEMENTS is located nearly 10,000 feet above sea level, at the top of the Gaislachkogl gondola in Sölden, Tyrol, Austria, which was featured in the Bond film Spectre. Installed in a 14,000 square-foot, two-story building, the attraction takes visitors through nine galleries that recreate the experience of walking through a Bond film. 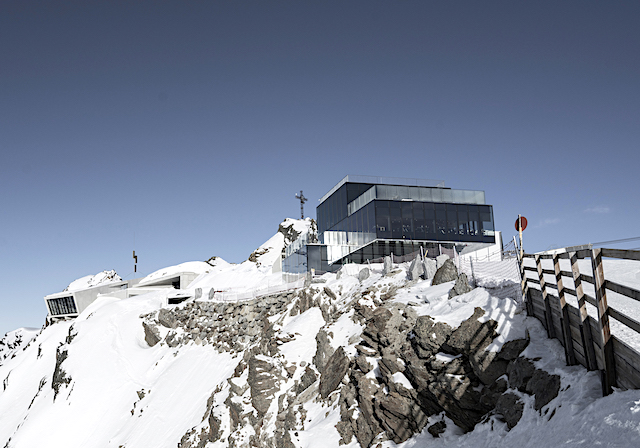 Each gallery focuses on a specific element of the Bond films, starting with the gun barrel from the opening credits. 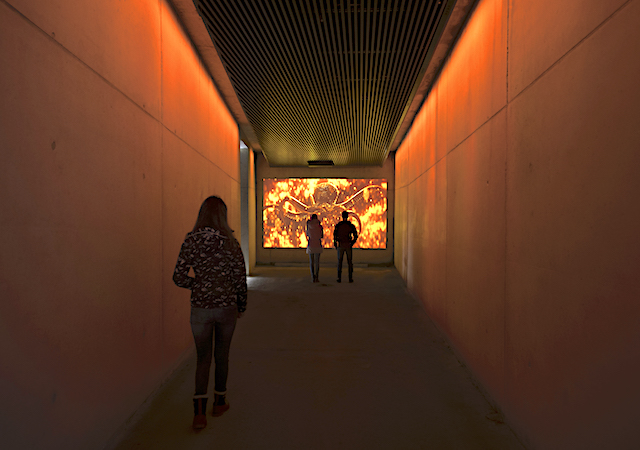 Other galleries include the Briefing Room... 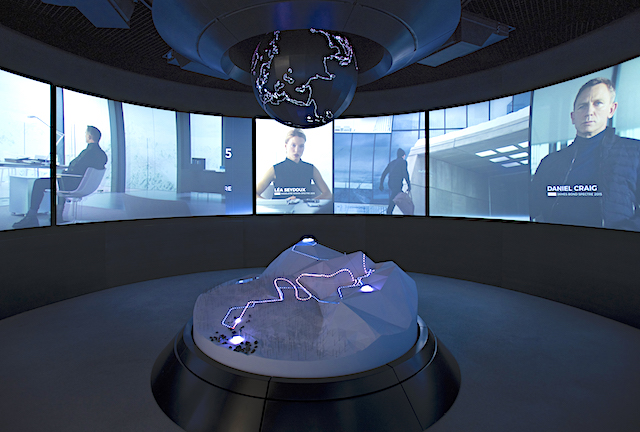 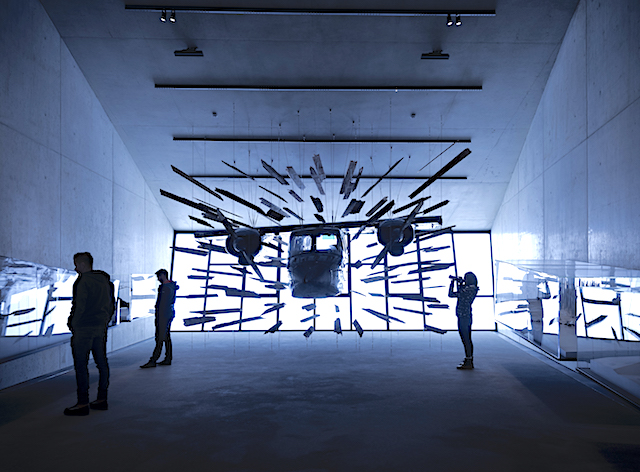 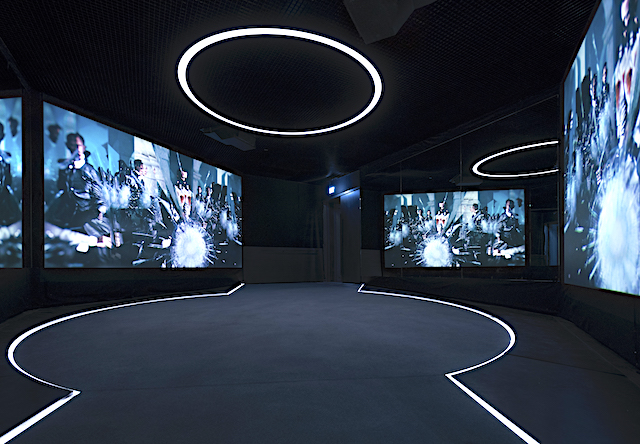 Kraftwerk Living Technologies provided the technical design for the attraction, including installation and programming in seven of the nine rooms. The project was developed in partnership with EON Productions, Metro Goldwyn Mayer, and Bergbahnen Sölden.

The building that houses the experience is not heated, as not to damage the permafrost upon which the facility was built. That created a substantial technical challenge in keeping the attraction's equipment operating in near-freezing weather.

"By using the right technology, we can bring content, stories and scenes to life and intensify the audiences' experience," Werner Spiegel, Director of Project Implementation and Service said. "With 007 ELEMENTS, the entire team has managed to create a spectacular, immersive spatial experience that feels like a walk-in movie and is an absolute highlight for Austria."

It's one more for a Bond fan's to-do list. Combined tickets that include admission and the trip on the gondola cost €54 (US$63) for adults. The recommended minimum age is 12 years. Tickets for children cost €30 and for ages 15-19 are €49.

That's looks cool, but it's awfully expensive for what's essentially a walk-through attraction. I doubt it'll attract enough guests at that price point to be profitable, but what do I know?

Bond was part of a theme park about 20 years ago when Paramount Parks used James Bond 007 - License to Thrill in the chain's Action F/X Theaters (motion simulators). It was a short-lived attraction that was not very well done (shot completely from the 1st person perspective, the movie played much like Hardcore Henry, a niche release from last year that received some acclaim on the festival circuit but did little in the way of real business), and was replaced by Dino Island the following year.

Also, The Spy Museum (located in Washington DC) has devoted a lot of exhibit space (and will set aside even more once they move to their new building across the street from my office) to Bond with a current exhibit highlighting 50 years of Bond villains.

Bond definitely needs some more love, but much like LOTR, getting the rights is easier said than done.

"I don't know how you'd get there without the gondola ride."

If you're a true Bond fan, there are a multitude of ways to avoid the gondola as long as Q is on your payroll.

I love the Bond franchise. Casino Royale (2006) is one of my all time favorite movies. That being said...I've never had the desire to see Bond conceived within a theme park. Perhaps because outside of a walk through attraction like this I just don't know how they could do it well enough to be engaging. Or maybe I just don't have the imagination. This does look cool though.

At first. I thought article was going to be about the location where Her Majesty's Secret Service was shot.

I had a James Bond themed attraction in the Theme Park Apprentice once :)

So much potential with 007!

It looks interesting but at the same time I'd put it in the 'do it if I happen to be in the area' rather than planning a trip around it. I did the Bond vehicles exhibition at the London Film Museum and this doesn't look as good as that was.

On the subject of how to insert Bond into a theme park then I don't think you have to look much further than the Fast and Furious rides. A similar chase scene would make sense with a Bond narrative. Or even a Soarin'/Flights of Pandora type simulation where you're racing down the Alps. A 360 VR goggle enhanced simulator where you start off skiing down the Alps and end parachuting off the edge of a cliff, coupled with the ability to look around at villains chasing you and then up at the parachute(Union Flag decoration mandatory)at the end would be interesting.