September 5, 2018, 10:00 AM · Universal is providing a first-look, sneak peek inside its Stranger Things house from this year's Halloween Horror Nights.

Stranger Things became an international hit when it debuted on Netflix in 2016. Set in rural Indiana in the early 1980s, the mystery/horror/fantasy/sci-fi series plays as an homage to so many of the movies and games that GenX grew up with, while telling a pretty darned compelling story on its own. The Universal houses and mazes draw from Season 1 of the Netflix series, as a group of kids from Hawkins Middle School team up with an escapee from a mysterious government facility to find their missing friend, while fighting the gruesome Demogorgon. 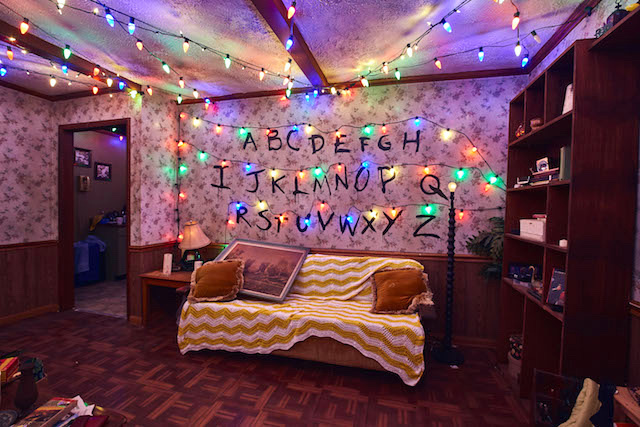 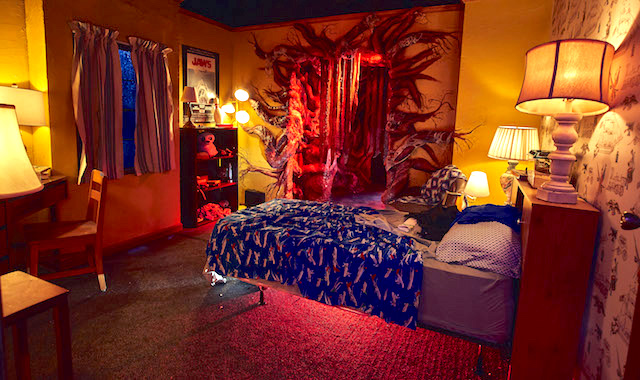 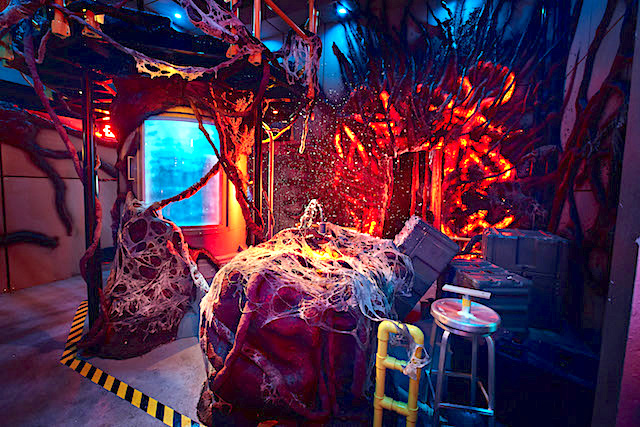 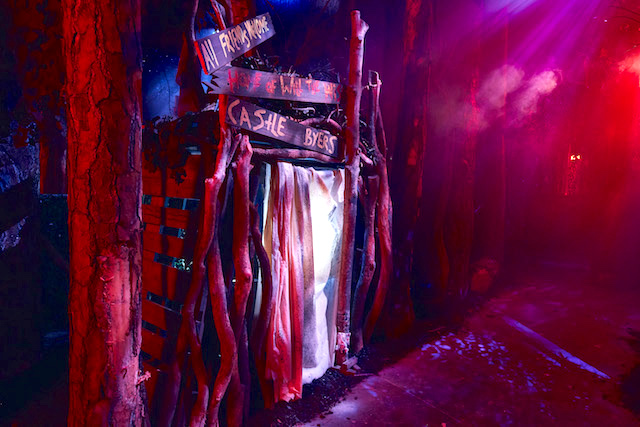 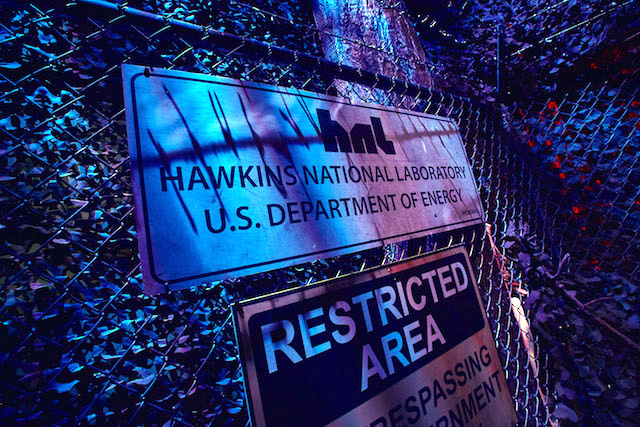 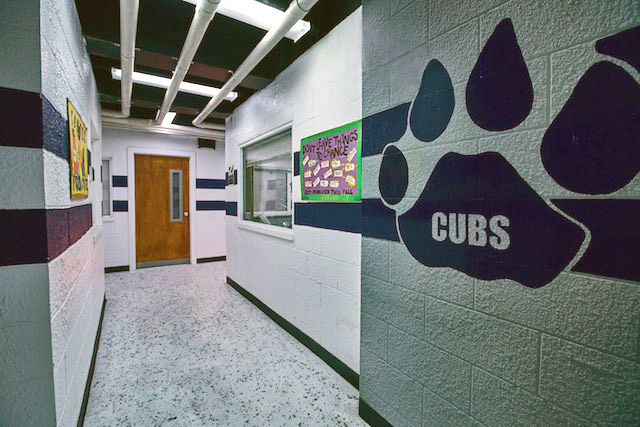 Stranger Things will appear at Universal's Halloween Horror Nights in Orlando, Hollywood, and Singapore. While today's images are from the Orlando house, I toured the Hollywood maze with Creative Director John Murdy last week and will be posting about that soon (as soon as Universal lifts the embargo on it, actually).

Halloween Horror Nights starts September 14 and runs through November 3 in Orlando and Hollywood. This is a separately ticketed event and tickets are available via HalloweenHorrorNights.com.

Did you guys tour the Hollywood maze? If so, did it seem as detailed and large scale a sthe Orlando photos that were released today?

I have been through the Hollywood maze, but I can't write about it yet. I will say, though... these photos are not unfamiliar.

It's an excellent thing, to have some Halloween event set up with the backing of the total make believe of a film studio.
The opposite, artificial amateur-fake-props-collage Halloween mazes (as are the far majority of all !), is exactly what makes theme park "Halloween" uninteresting, unapealing to me.
This Universal approach can make the difference !

Disneyland is building even more places to drink