The Lego Movie World is taking over the former The World of Chima land in the park, and the now-closed The Quest for CHI ride will be rethemed as Battle of Bricksburg. 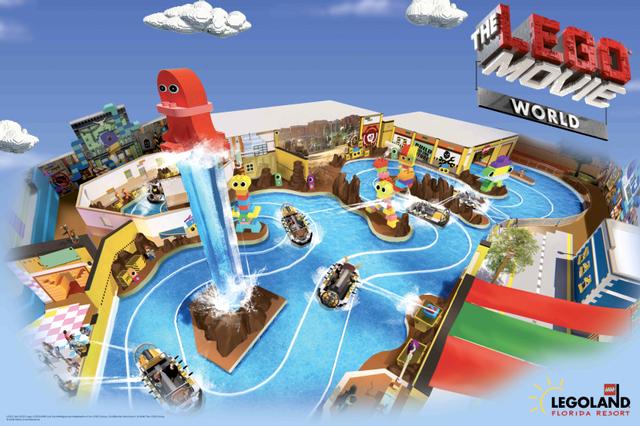 The Splash Battle ride now will challenge riders to spray invading Duplo aliens to prevent them from stealing Lego bricks. In addition, the former Speedorz Arena building is becoming a flying theater, which will show The Lego Movie Masters of Flight. 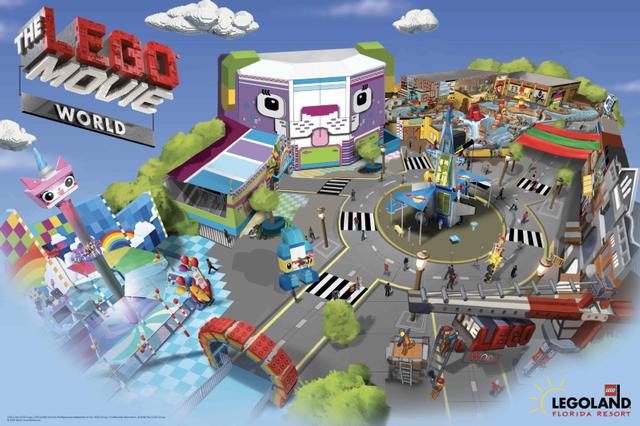 Visitors will fly on Emmet's Triple Decker Flying Couch for an adventure featuring the stars of The Lego Movie and The Lego Movie 2, including the new Sweet Mayhem.

The third attraction in the new land will be Unikitty’s Disco Drop. 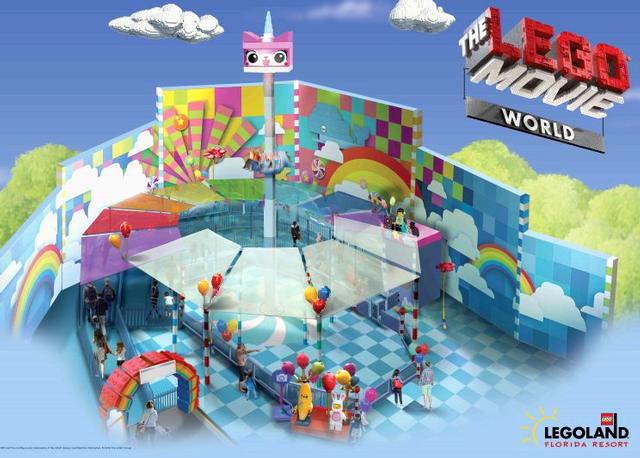 This children's tower ride will take riders to the top of Cloud Cuckoo Land and back. The Lego Movie World will open in early spring 2019.

Sounds super fun, especially the flying theater attraction. It seems like it took Legoland eons to properly capitalize on the success of these movies. Not that I think the concept art for Battle of Bricksburg is 100% accurate but it looks like it'll have the same issue at the Quest for CHI: There is little to nothing for riders on the left to shoot at. It is so BOOORING to sit on the left. Seriously, the Peoplemover at Magic Kingdom is more engaging. Please Legoland, fix this!

In a crowded Florida Theme Park,environment I love all the updates Lego land Florida has been able to do .

Is Disneyland Paris showing us the future of Fastpass?

What are the world's most walkable theme park resorts?