January 7, 2019, 2:04 PM · One of the world's most popular roller coaster builders is coming back to California, after a 14-year absence.

SeaWorld San Diego announced today that it will add Mako to its roller coaster line-up in 2020. Like its namesake at SeaWorld Orlando, Mako will be a Bolliger & Mabillard production, but the San Diego installation will be a floorless dive coaster rather than the Hyper installed in Florida. 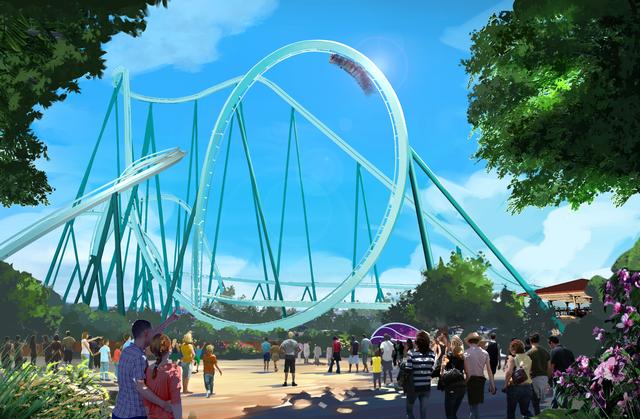 Mako will be the first Bolliger & Mabillard coaster installed in California since Six Flags Magic Mountain's Tatsu opened in 2006. SeaWorld San Diego's dive coaster will feature an initial 143-foot vertical drop, leading into a top speed of 60 mph and multiple inversions, with elements including a barrel roll, Immelmann loop, hammerhead turn, and flat spin. Other B&M Dive coasters around the world include the popular Griffon and SheiKra at sister parks Busch Gardens Williamsburg and Busch Gardens Tampa, and Baron 1898 at The Netherlands' Efteling.

This is such good news. SeaWorld is a vital part of the tourism economy in San Diego and its obvious now that the parent company is still behind this park based on this investment. It's also now very clear that the tide is turning (sea what I did there? ((look! I did it again!!)) ) and the focus will be to take this from a Marine park with a few rides to a traditional amusement park that also features Marine exhibits.
The only thing I also hope is there is a clear future goal to reach in how the park will develop. I'm not expecting it to become a THEME park to rival Disney, Universal or even Busch Gardens Williamsburg, but I do hope the design plans also call for something more than what we've gotten recently. The Above ground submarine ride was an embarrassment and Electric Eel, while a popular ride, has no aesthetic appeal to its queue, station story.
All that aside - Thanks to SeaWorld for seeing a future for the San Diego park. I hope things continue to improve and evolve in a positive and profitable way.

Agree totally Rob ... it’s been great to see the crowds returning to my home park.

Although I’m disappointed to see they are calling it Mako ... very lame in my opinion. Sure call it Mako if it’s a clone of the ride here, but please ... is it that difficult to come up with a new name for a ride that’s more like Sheikra than Mako ... ??

SeaWorld San Diego seems to have missed an opportunity to cal Electric Eel "Kraken," to retain naming parity with Orlando.

V good point Robert ... they could have had the full set once the new ‘Mako’ arrives ... LOL ... :)
Although let’s not forget Kraken is still officially unleashed. Gotta smile !

Earlier this year, I said that Electric Eel didn't seem like a great fit for SWSD and thought we wouldn't be seeing any more big coasters at the place. Boy was I wrong!

Anyway, I'm excited to have a B&M dive coaster just 90 minutes from me. Based on the statistics, I'm guessing we're looking at something more like Valkyria than SheiKra or Valravn, but as long as it's a solid ride with some theming it will very likely become SWSD's best coaster. Who knows...if Tidal Twister surprises and Mako delivers, SeaWorld could replace Knott's as SoCal's second best park for coasters. 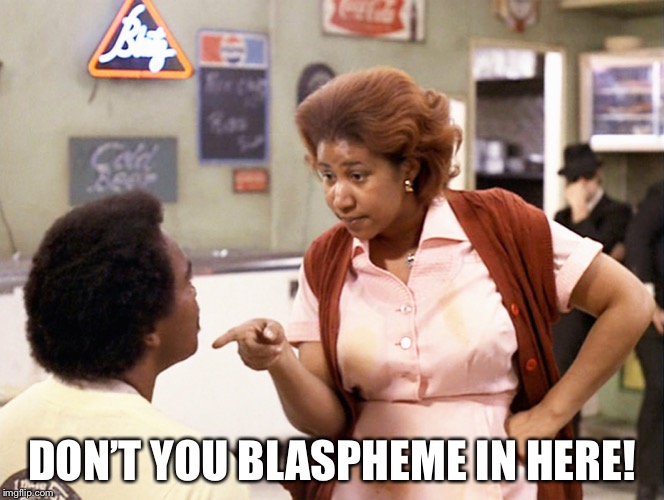 My assumption for why chains use the same name on different rides at different parks is not that they lack creativity, but they are extremely cheep. Why develop logos, graphics, and lines of merchandise when it is so much less expensive to simply COPY/PASTE what is already developed?
The most egregious of these offenses in my mind is the reuse of the name - The Great American Scream Machine. Today, SFOG's classic woodie hold no records, but when it was built it held just about all of them. The other offence is when some thing is called THE Great American Scream Machine it implies it is THE only one. No disrespect, but it's not THE Mako. For Fanboys & girls, this means it's more challenging to track credits. I don't honestly think the casual park guest cares.
I've never taken part in the Theme Park creating contest that is held here, but I would like to suggest that at some point during the upcoming game a round (or two) is dedicated to envisioning how SeaWorld San Diego will evolve.

SeaWorld must have been taking lessons in redundancy from Six Flags. In a way it's amusing that Goliath at SFNE is a giant inverted boomerang whereas Goliath at SFGA is a wooden coaster, Goliath at SFMM is a hypercoaster, Goliath at SFFT is a small inverted coaster, etc. Because Six Flags owns the rights to DC Comics characters at theme parks and has so many more coasters than SeaWorld I can understand the rationale behind recycling names. But in SeaWorld's case I would have expected something a bit more original.

LOL Robert I think I deserved that. Truthfully, I don't think that's likely to happen, especially given how bad Harley Quinn was (which gives me zero expectations for Tidal Twister). That said, I prefer all three B&M dive coasters I've ridden to HangTime, so with Electric Eel, Mako, and Manta, SWSD will definitely qualify as a worthwhile stop for coasters come 2020.

With regards to the name thing, I've never really understood why many enthusiasts get worked up over it. With the exception of Disney, I'm guessing less than 10% of those who visit one park in a chain regularly visit others within the chain, and maybe 10% of those even care about the same name being used on a different ride.

The merchandise for Mako (Orlando) is basically non existent. No t-shirts, hats, key chains, cups or anything. Atleast in the exiting shop where it should be. Just random sharks on a few shirts and figurines without the SW or Mako licensing. Complete wasted opportunity.

With SWO being my home park, and ridden Mako regularly since it first opened, I just think SWE are doing it an injustice. It is after all their (SW) crown jewel coaster.

I wonder what the reaction would be if Cedar Fair decided to call the new giga at KI ... steel vengeance ?? Not sure it would go down particularly well ??

@sxcymike .... the exit store has some reasonable merchandise for Mako. Not in the class of Disney, but for the general run of the mill tourist I think it suffices. Now Manta and Kraken .... they are a different story. Not even sure if a Kraken anything is available these days ??

BGT has it just right ... plenty of merchandise for all the rides ... even the good old Scorpion has a mention on some of the t-shirts.

I didn't have any issues finding souvenirs for Mako in October 2017. I have some rather particular rules when purchasing a coaster shirt (must show track, some stats, and the name of the park), but there were about 10 different designs in the exit shop along with plenty of other chachkies 14 + months ago. I wouldn't be surprised if they've pared down the selections with the coaster in its 3rd year, but even Kraken and Manta have at least a handful of different t-shirts available as well as combo shirts featuring all of the coasters in the park.

I think it's a delicate balance, and I would defer to the park since they have the raw sales data to suggest what sells and what doesn't. I recognize that my taste in souvenirs is likely very different than what the average guest wants to buy, which is why I always try to buy coaster shirts in the first year or 2 of operation, because I know by year 3 the park will trim the selections down to just a few that won't meet my needs.

As far as using the same name, I do find it pretty lame that they couldn't at least alter the name slightly to differentiate it from its east coast cousin. I guess they already established the precedent with Manta, but my personal feeling is that coaster name recycling should at least be limited to the same style coaster, meaning the San Diego park will have 2 names that refer to coasters that are completely different than the ones in Orlando. Nothing much we can do at this point, but what I think is important is that Sea World puts as much effort into theming this Mako as they did to the one in Orlando. It doesn't look like this coaster will have a subterranean dive or even one through a tower like Sheikra. As long as it has more theming than Valravn, then I think most guests will be satisfied.

I agree with the first post by Rob that I'll be happy if Sea World can become a west coast version of Busch Gardens and put some money to build a nice theme around these new rides. I've been to both parks in the east coast and it would be nice to have a similar park local folks can experience.

I added a few steps to my walk tonight to check out the merchandise at SWO, here's what I found ...

Zero specific merchandise for Kraken, Manta and Atlantis. However they are all featured on the new 5X Fury t-shirts.

The IF store had t-shirts, water cups/containers, mugs with handles and key chains.

Mako had baseball caps, t-shirts, mugs and cups (as IF) and key chains.

The choice of merchandise is very limited though, with only the one option for the most part.

None of the stores away from the rides had any specific ride merchandise.

Warner Bros. jumps in with its own locals-only tour discount

Universal Studios Florida closes one of its last original locations