The past is present again at Disneyland's Earl of Sandwich 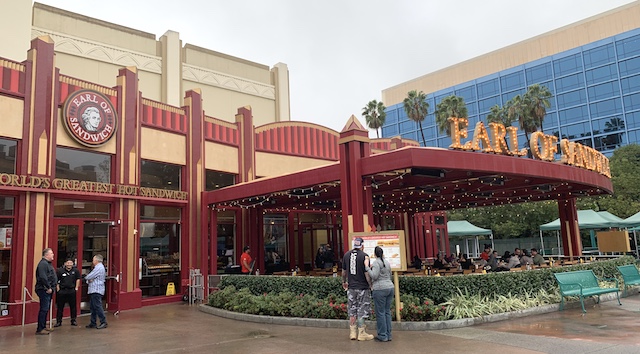 That's the unspoken message of today's press event at the quick-service restaurant, which invited several bleary-eyed reporters who had been up late last night watching Mickey's Mix Magic to sample the Earl's latest and greatest.

The latest was the Gyro sandwich — the February special at the restaurant, which closed last summer when Disney planned to use its space to build a fourth hotel at the Disneyland Resort. But when the City of Anaheim pulled a Thanos and snapped Disney's tax subsidy out of existence, one thing led to another, Disney canceled the hotel project, and...

The Earl is back, baby!

The Gyro sandwich tastes as one might expect, just with a lot thicker bread. Swapping the traditional pita for the Earl's toasted roll, the sandwich kept with tradition on the inside, with pressed beef and lamb, lettuce, tomato, onion, and Tzatziki. 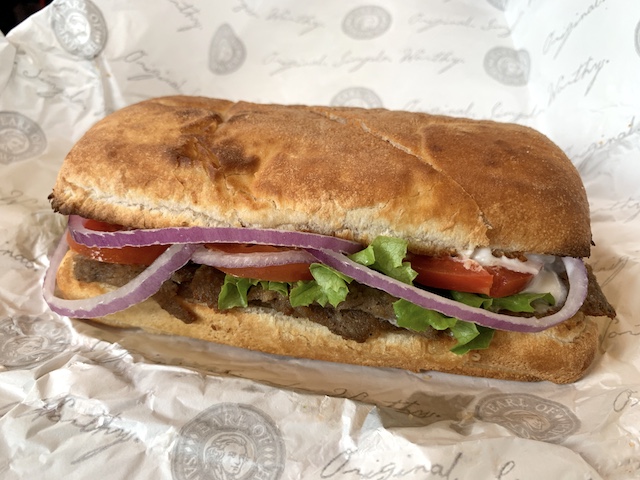 With no cheese and only the Tzatziki, it's a bit drier than the other two sandwiches we ate today. But that's not a knock — in fact, it might be a plus, if you're looking for something a little less goopy than the Earl's most popular choices.

Such as The Original 1762, a roast beef sandwich with Cheddar and horseradish. 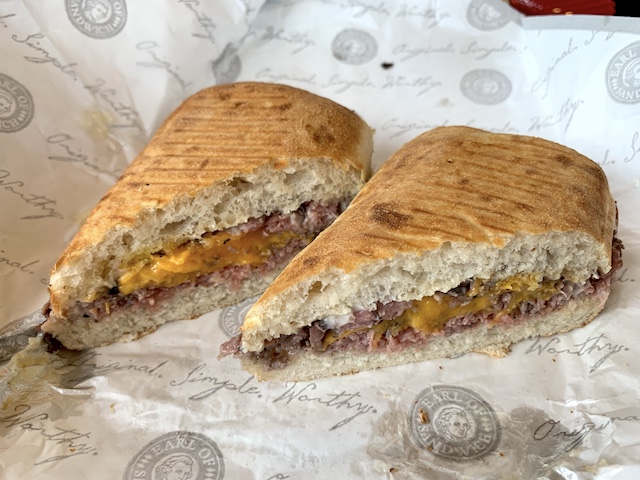 If you're not already familiar with the story, Earl of Sandwich is owned by... the Earl of Sandwich, the actual descendant of the guy who gave his name to the concoction of meat inside bread way back in the 1700s. So when they say "the original sandwich" here, it's not just hyperbole.

The Original might be my favorite of the bunch when it's executed well, as it was today. The horseradish gives the sandwich just enough kick, with the Cheddar adding some richness to the tasty, rare roast beef. It's served warm, with just enough gooeyness to make it pure comfort food.

I only got through about half the sandwich, though. When I was tucking into the second half of the Gyro sandwich, the staff announced that two more rounds would be forthcoming, so I realized I would need to pace myself here. So as much as I enjoyed The Original, I enforced my limit.

It didn't help. Because next up was perhaps the Earl's most popular sandwich, the Holiday Turkey. 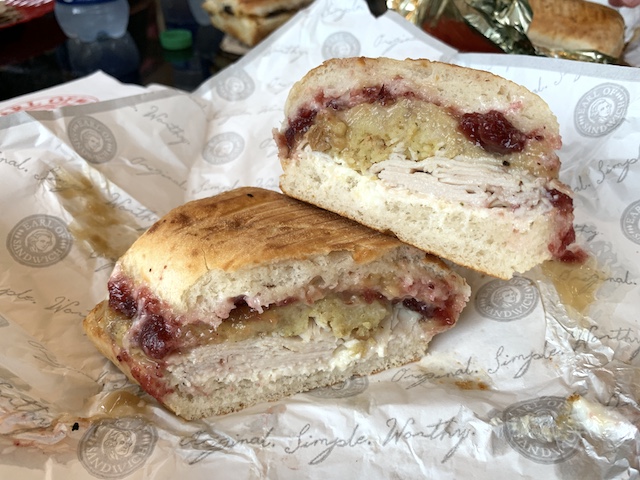 Smothered in stuffing, gravy, and cranberry sauce, with a slather of mayonnaise just to gild the lily, this is Thanksgiving dinner in your hand. Which, of course, meant that after a few bites I was ready to stretch out on a couch, flip on a football game and take a nap.

But I kept myself awake long enough to enjoy a few bites of the chocolate chip cookie offered to wrap the feast. 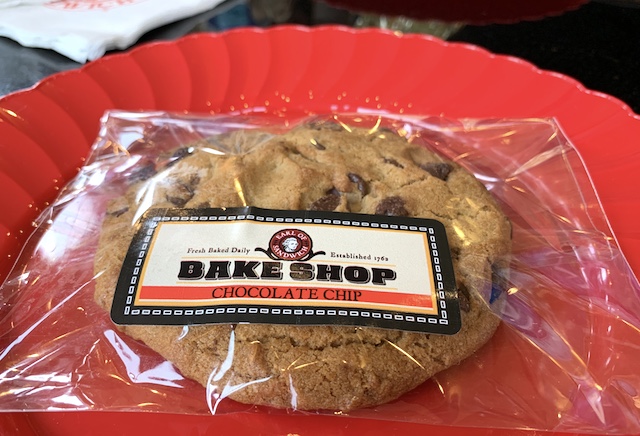 It's a good, fresh, classic chocolate chip cookie, with a nice balance between the semisweet chocolate and the brown sugar that flavors the cookie itself. I'd rather eat this than a lot of the Instagram-targeted desserts you can find in parks all over these days.

Pretty much all sandwiches, salads, and wraps on the Earl's menu are $8.99 each, with several other varieties available. That makes it one of the better deals in Downtown Disney, along with the also recently reopened Napolini. It just comes down to whether you're in the mood for sandwiches or pizza.

But it's nice to have that option again. Welcome back, Earl.

I don't understand the appeal of Earl of Sandwich. I have one a couple of blocks from my job near Rockerfeller Center. Overpriced sandwiches that are mostly bread with small amount of filings.

When they send a coupon I might go there, but otherwise no.