Jurassic World - The Ride will open this summer, featuring "additional new dinosaurs from the film, lush scenic design, and ground-breaking technology," according to the park's press release. 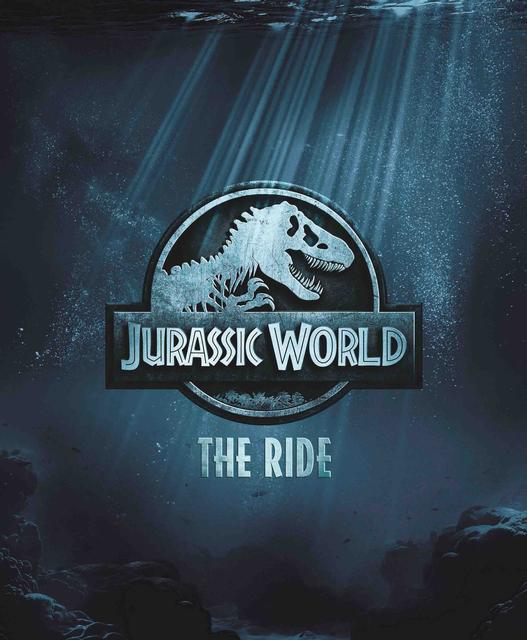 The entrance is getting a makeover and new queue video will introduce riders to the many new dinos on the adventure. Then, of course, it all goes horribly wrong, as it must.

Once aboard specially designed rafts, guests will navigate the lush environs of dense vegetation, traversing new areas besieged with towering dinosaurs meandering just an arm’s length away from visitors. Encounters with such docile creatures as the Stegosaurus and Parasaurolophus will quickly turn awry as predatory Velociraptors and Dilophosaurus begin to wreak havoc, turning guests from spectators to prey. When the Tyrannosaurus rex begins to battle one of the attraction’s new behemoth dinosaurs, the rafts will spill down a treacherous 84-foot waterfall as the sole means of escape.

Jurassic World - The Ride opens this summer at Universal Studios Hollywood. No specific opening date yet.

What an original name.

I guess it's better than The Many Adventures of People Interacting with Dinosaurs at Jurassic World: The Ride.

Because Scream! distinguishes itself from other B&M floorless coasters built over parking lots with its exclamation point?

Are we going to get a T-Rex battling an Indominus Rex?

Because that sounds awesome.

Not sure if it's hyperbole and the "fight" is just them standing off on each other (like old Universe of Energy) but would be a nice upgrade.

I'm thinking it will be the Indominous Rex....the only other option is the Indoraptor, but that technically wasn't in the first Jurassic World....and attention to detail is important!

That said, I'll be riding it this summer :-)

At least the picture confirms we are going underwater to see the Monosaur. I’m thinking it attacks the underwater Tube you’re travelling through = shattering and leaking (like in Symbolica) or eating the shark (Shamu breaching style) = splash

@Richard West, if they can pull off a Mosasaurus encounter, without the need for some type of screen, I’ll be very impressed!

@MikeW, that’s how I’m picturing it too. They can’t really ‘fight’, as the T-Rex will be in the same position, going through the same motions. So I imagine riders will be in between the Indominus and Rexy, and they’ll basically have a roaring match. Like you said though, it’ll still be a decent upgrade/addition.

This sounds basically like the first version with a facelift. Thats not a bad thing however.