April 15, 2019, 6:05 PM · Universal Orlando is firing up the hype train for its upcoming Hagrid's Magical Creatures Motorbike Adventure with a week's worth of reveals of those magical creatures fans will encounter on the ride.

The first of the creatures that will feature on the new roller coaster experience in The Wizarding World of Harry Potter - Hogsmeade that Universal has introduced this week is Fluffy, the Three-Headed Dog.

Fluffy is a giant three-headed dog that’s known for being the trusted guard dog of the Sorcerer’s Stone. And, as many of you know, Fluffy has a weakness – he falls asleep to the sound of music.

In Hagrid’s Magical Creatures Motorbike Adventure, you’ll confront this gigantic, beloved creature deep in the Forbidden Forest. Proceed with caution – he’s a guard dog first and foremost. And in this new adventure, Fluffy weighs 8,000 Ibs., which is roughly as big as two standard Muggle cars.

Universal will reveal another magical creature from the ride each morning at 11 Eastern on its official blog. 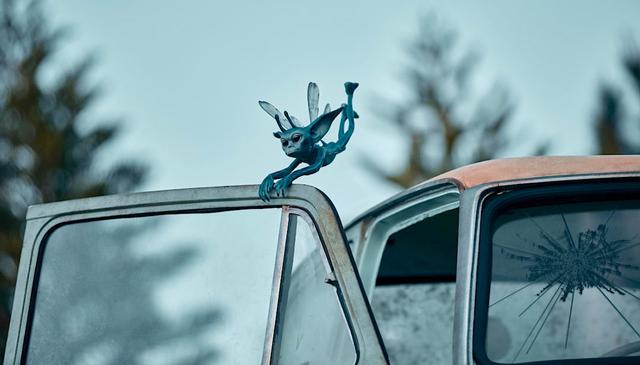 You'll see these troublesome creatures wreaking havoc on an infamous blue car… and in places you may not expect. They’re about 13 inches tall and you’ll find more than 20 pixies throughout your adventure. Happy hunting!

Wednesday update: Okay, Universal cheats this one, giving us a plant as today's "creature" — Devil's Snare. 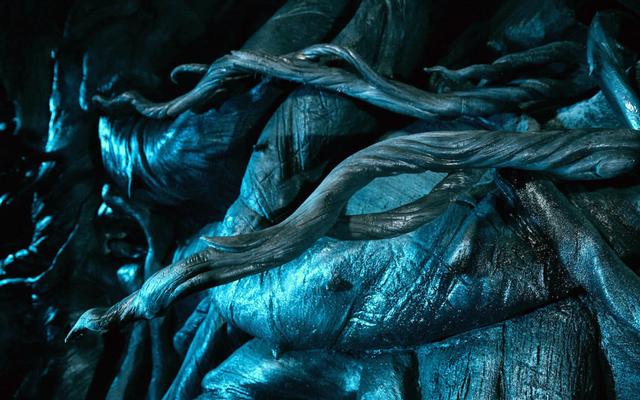 Devil’s Snare is one of the many challenges you’ll face on Hagrid’s Magical Creatures Motorbike Adventure. You may even find yourself entangled in a thicket of this dangerous plant but remember to remain calm! If you don’t, you may end up entangled in hundreds of its vines… 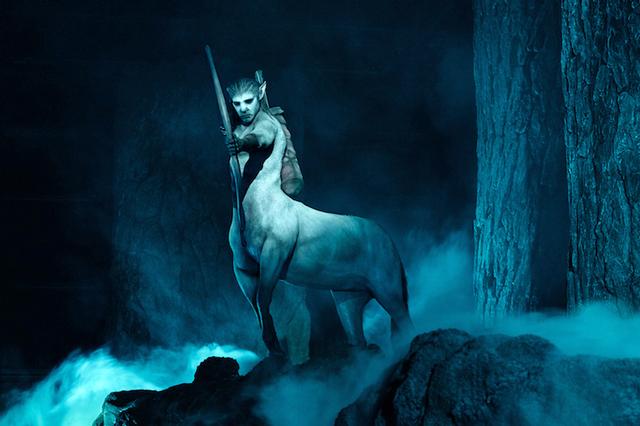 As you make your way into the dark forest on Hagrid’s Magical Creatures Motorbike Adventure, look out for this mysterious archer in the distance ready to strike. He stands at 8 ft. tall, which would probably make him a great athlete in the Muggle world.

Friday update: We wrap the week with a Blast-Ended Skrewt. 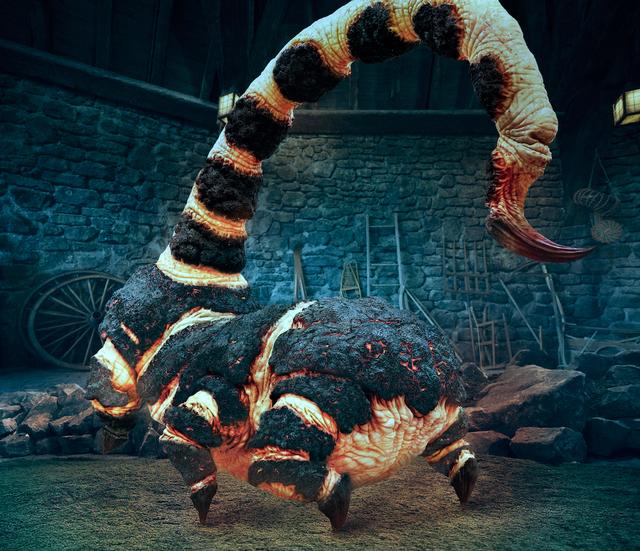 Described as a cross between scorpions and elongated crabs, Skrewts aren’t afraid to attack other Skrewts they encounter and have incredibly strong armor that can’t be penetrated by spells – proving to be a challenge for Hagrid since they hatched.

On your journey through the Forbidden Forest during Hagrid’s Magical Creatures Motorbike Adventure, you’ll encounter Blast-Ended Skrewts up to 8 feet long with tails up to ten-feet high and topped with a massive stinger.

I want to ride this ride now please.

There was drone footage of a this coaster testing seen this week (Screamscape has the link) showing the train going though quite a lot of the course. I’d assumed this coaster would be full of stops at various scenes but this showed the train just powering through all the way from Harris’s Hut to the drop track zone meaning that Fluffy would be nothing more than a ‘blink and you’ll miss it’ piece of track-side scenery. I hope this was just a ‘test phase’ run and that more will be made of Fluffy and the other elements of this ride. I’m not sure that a half-second glimpse really counts as an ‘encounter’.

Yeah I was thinking the train would be moving quickly past Fluffy (backwards?) and figured we'd just see it sleeping. I wasn't expecting movement or at best some "breathing" so this is a surprise.

The nice thing about going past it quickly is that if it breaks then it's just a sleeping dog. Though it seems to be outside so I guess it will be easier to fix if it stops moving... hehe...

i've been wondering about so many of the creatures being outdoors and the toll they will take with the brutal florida sun, heat and run. although they do a pretty good job keeping the dinos at JP in shape but just expected more indoor creature scenes.

Today's magical creatures reveal is Devils Snare. Something for the vegans on what sounds like a menu with the special of the day on a chalkboard:)

The magical creatures reveal today, Centaurs. May Man Horse Be With You!

And now Blast-ended Skrewts just as a couple of well known magical rodents railroad Hagrid's creature reveal to spring their own news:) and Skrewts up train arrival times. Though late trains does fit the theme on both coasts well...

The awful lesson of the impermanence of history