May 10, 2019, 9:49 PM · Disney revealed the menus for its Star Wars land bar and restaurants a few months ago, but today, Disney filled in more detail about the ingredients for the specialty drinks it will be serving in Star Wars: Galaxy's Edge.

The most famous of these for long-time Star Wars fans surely will be the Blue (and Green) Milk served at the land's Milk Stand. Disney's versions of Luke Skywalker's favorite drinks will be non-dairy — a "plant-based blend of coconut and rice milks." (Are you telling me that scene in The Last Jedi was a lie? Because I cannot possibly begin to unsee how Luke got that green milk, as much as I have tried.)

The Blue and Green Milk in Galaxy's Edge will be served frozen, which probably makes sense given how milk wouldn't exactly be a go-to treat for people sweating their way through a day at Disney. 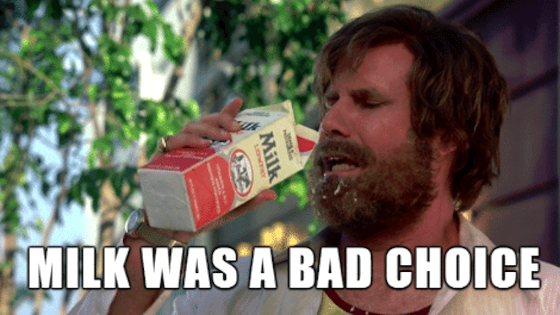 Even if Blue Milk is Star Wars' most famous beverage, the Cantina is the franchise's most famous place to drink. And Blue Milk will also be on the menu there in the form of a non-alcoholic Blue Bantha, which Disney says will be "Blue Milk served chilled with bantha-inspired vanilla-butter sugar cookie." It's on the morning menu at Oga's Cantina, but it's not the only milk drink Oga will be serving. There's also a "Moogan Tea," which will be "Gold Peak Unsweetened Tea, chocolate milk, vanilla, and cinnamon."

I have no idea how to wrap my head around that one. 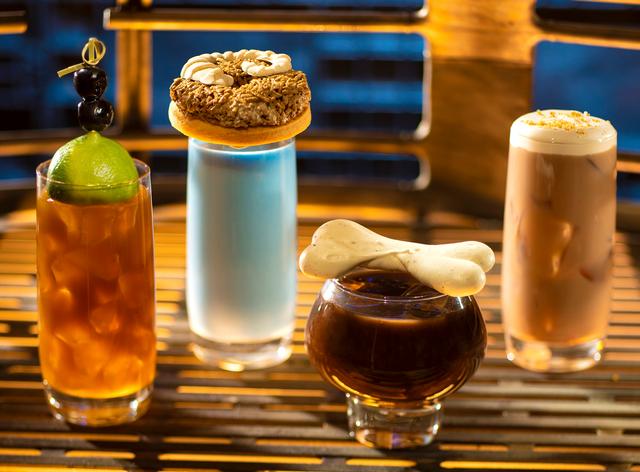 And the afternoon and evening bar specialities:

The beers on tap will be:

The cider on tap:

And the wine on tap:

And the morning drinks without alcohol will be:

While the rest of the day will offer:

Star Wars: Galaxy's Edge opens to reservation holders on May 31 at Disneyland, then to all Disneyland ticket holders on June 24. The land opens at Disney's Hollywood Studios in the Walt Disney World Resort on August 29. For discount tickets to Disneyland and Walt Disney World, as well as other theme parks around the country, please visit our How to save money on theme park tickets page.

Disney just about broke me with this line from that blog post: "In the Star Wars galaxy, due to the remote nature of the planet, Batuu has a deep history of “farm to table” style whole foods with cooking traditions that have been passed down generation to generation, influencing the dishes found in the outpost."

Green Milk straight outta that Last Jedi creature is still easier to swallow than that line.

Batuu farmers had four hours each to deliver their goods to Black Spire and who knows how they found exotic ingredients from the Milky Way Galaxy like Peruvian coffee so thank the Force for their service.

Jabba Juice...so juice from, dare I say it, Jabba the Hut?
These names are so tacky and cheap, they would fit fine in a Chinese rip off park.

So OT decides to take shots at the Imagineers who came up with these names. They sat down and kicked around a few ideas for names for drinks and OT, (a regular and consistent Disney hater) can't restrain himself and let one minor detail about SWGE slip by without being critical.

I think we can all agree that the drink menu definitely hails from the Star Wars Christmas Special/Hyperspace Hoopla end of the canon. It’s just fun. And probably inspired by a great deal of liquid “research.”

Has Disney revealed who is making the brews in Galaxy’s Edge, and if it will be the same brewers in Florida as in California?

Mock these beverages as you will, people, but spare a thought to the many Bothan spies who gave their lives transporting chocolate milk to Black Spire!

Russell Meyer - I know that the "Florida Beer Company" brews the special beers for Universal Florida (like the ones at Three Broomsticks, Hogmeade, and Duff Beer for Simpsons Land). I don't presume they have the same brewer for Universal Hollywood. I can't see Disney doing anything different; they'll find some local Florida and Californian micro-brew that makes quality beers and sell them as White Wampa Ale etc - but they'll be different producers on each coast.

Article from Paste Magazine couple months back quotes Brian Koziol, Disney's Food & Beverage Concept Development Director, regarding the craft beers for both coasts' versions of Star Wars:Galaxy's Edge. Says same on both coasts and each from different breweries. Also know from fan sources that Miami's Concrete Beach is supposedly one of those sources since they featured theirs a few months ago. The link to that article is www.pastemagazine.com/articles/2019/02/the-drinks-of-star-wars-galaxys-edge.html

I think we can all agree that that OT and Russel will always attack Disney ...

These drinks look really good! I think the Bloody Rancor and Jedi Mind Trick both look like they will taste the best. I am glad that Disney is putting in alcoholic drinks for us adult fans of Star wars!

I'd say half good, Half very cheesy. They should have just let the bartenders create the names. Although not allowed anymore, the bartenders at the Three Broomsticks did a great job with the Hogs Tea, Deathly Hallows, etc..

Since when is inquiring about the specific brewers making the Galaxy's Edge beers an attack on Disney TH?

I'll note that while UC almost exclusively uses Florida Brewing Company for their custom beers (Simpsons and Harry Potter), Disney has used a few different companies to brew the custom beers that have been sold around WDW. Kungaloosh, served at Tiffins, is brewed by Concrete Beach Brewery, while Mo'ara High Country Ale and Hawke's Grog Ale in PtWoA are made by Terrapin. Disney has also engaged with different breweries for custom beers during different events including the EPCOT Food and Wine Festival and Flower and Garden Festival including Sam Adams and Cigar City (based in Tampa).

Disney has a strong relationship with Ballast Point (opening a brewpub in Downtown Disney and serves a number of brews in the Baseline Tap House in DHS), so I could see them collaborating for the Galaxy's Edge beers, particularly in California (company is based in San Diego, but has east coast facilities in North Carolina). I don't understand why asking for information is an attack according to TH. I'm looking forward to trying the Galaxy's Edge custom beers, though I still think it will be strange to have alcohol in Disneyland.

Oh I hope I can get a flight of the beers! I want to try them all!

"This space food came directly from space Whole Foods on a space truck so we could space cook it and space serve it to you in space!"