Relax with the 10 most chill rides at Disney theme parks

July 29, 2019, 6:35 PM · Tired of walking around, standing in line and baking under the sun at Disneyland or Walt Disney World? Then it's time to take a load off and relax on one of the 10 most chill rides in any Disney theme park.

These are the attractions where you don't have to do a thing but relax. Welcome to Disney's best thrill-free rides. 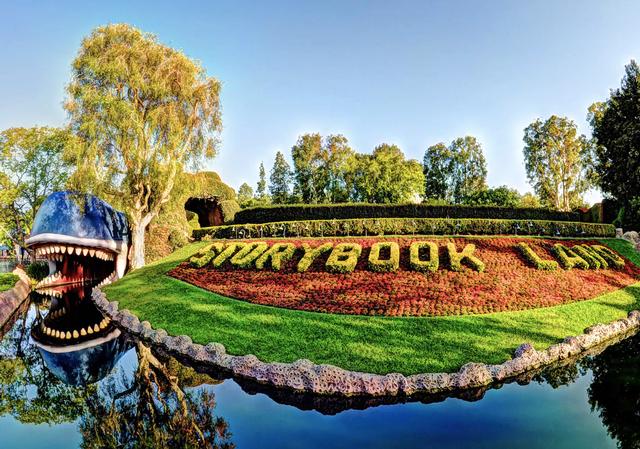 Okay, so there's a moment of mild peril for the little ones when you sail into Monstro's mouth. But after that, it's smooth sailing past miniature scenes and gardens from many Disney classics.

You will forget that you are in one of the world's busiest theme parks as your gondolier gently pushes through the canals of the park's Mediterranean Harbor.

This one's a bit short, but the views are spectacular as you ride above our six-time winner as the world's best theme park. 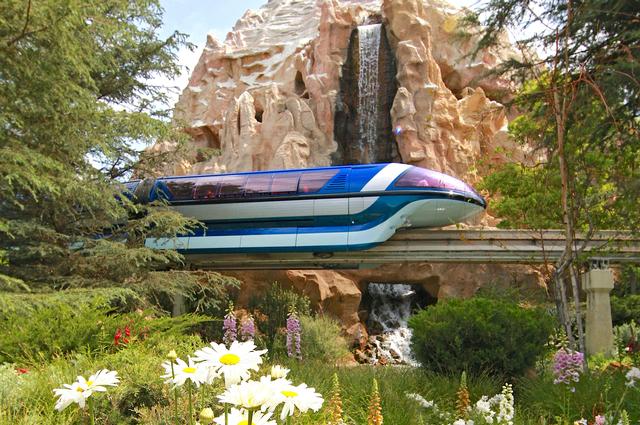 This one also offers some lovely aerial views and with a much longer ride time. But it does take you outside the park... if you don't just ride it back to the Tomorrowland station.

The Grand Circle Tour, with its trips through the Grand Canyon and Primeval World dioramas, remains one of the classic Disney delights. 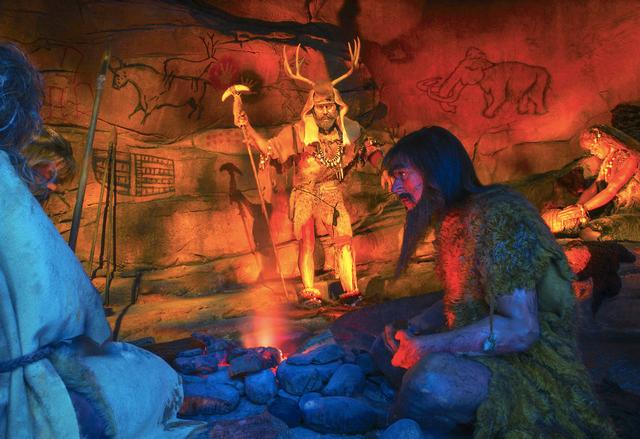 If you also enjoy this lovely tour through time, thank the... Imagineers.

Okay, the wait can frustrate if you didn't snag a coveted Fastpass. But the Shaman of Songs delivers. 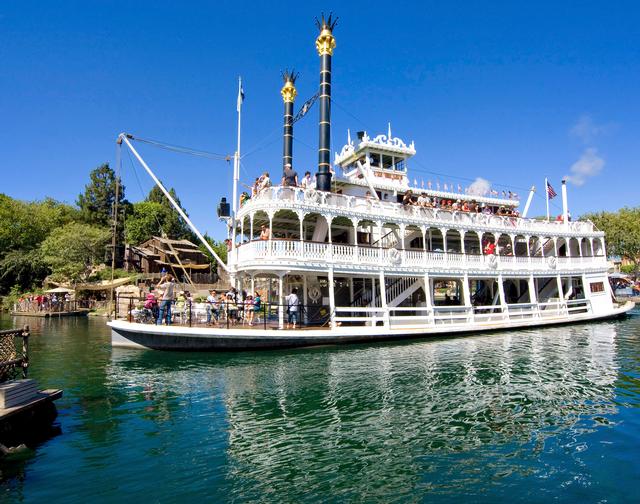 Some of the most tranquil moments at Disneyland can be found on the deck of the Twain, sailing the Rivers of America at twilight. 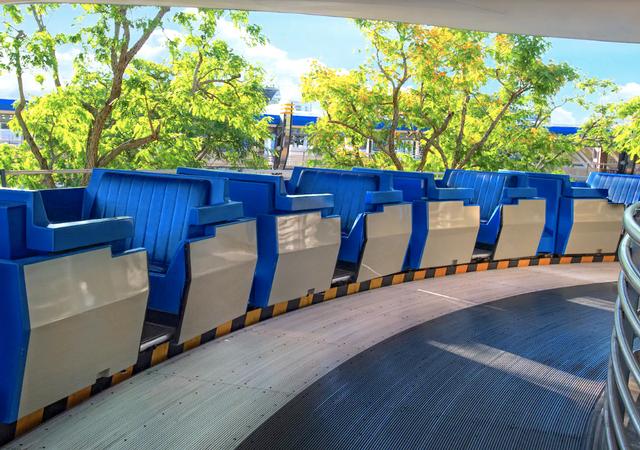 Plenty of you might rank this one atop this list... and we would have no complaint if you did. It's a delightful experience, especially in the world's busiest theme park.

1. Living with the Land
Epcot 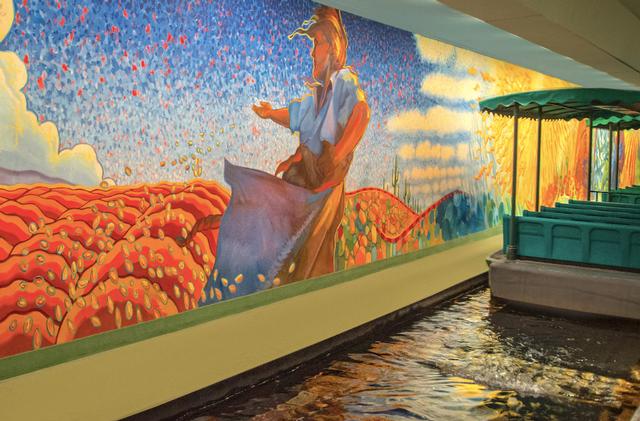 But we're going with the boat tour in Epcot's The Land pavilion. The outstanding scenic design, plus all that food growing in OCD-soothing formations, provides our favorite moment of theme park Zen.

What's your go-to, most relaxing ride in a Disney theme park?

For a Grand Circle Tour on the waters of Tokyo DisneySea, take the DisneySea Transit Steamer Line. These boats make stops in Mediterranean Harbor, American Waterfront, and Lost River Delta and provide beautiful views of this one-of-a-kind Park.

Glad to see Living with the Land at the top of a list! An underrated gem that takes its questionable theme and makes it into a relaxing ride that is just what the doctor ordered if you need to charge up your "batteries". These rides are important for that reason. Sometimes you just need to get off your feet, away from the sun, and see something entertaining and well put together and these attractions get the job done.

My FAVORITE relaxing attraction at WDW is my hotel room!

Thank you Robert! Just got back from WDW and your top 2 are my top 2! They are hidden gems. I ride them every time I visit (sometimes multiple times). As an aside, I also recommend the Behind the Seeds tour at Epcot. It's a nice companion piece to Living with the Land.

Too bad they took out Universe of Energy. On a hot day, it was great to sit for over a half hour taking in a fun attraction.

Busch Gardens looks to enter the coaster Pantheon in 2020

All aboard the hype train for Universal Orlando's new theme park