The Chocolatier will be the park's largest restaurant, featuring table service for up to 400 diners, including 100 on an outdoor patio overlooking the park. Ride vehicles from Hersheypark's past and present will decorate the restaurant, which also will offer a Hershey character breakfast. 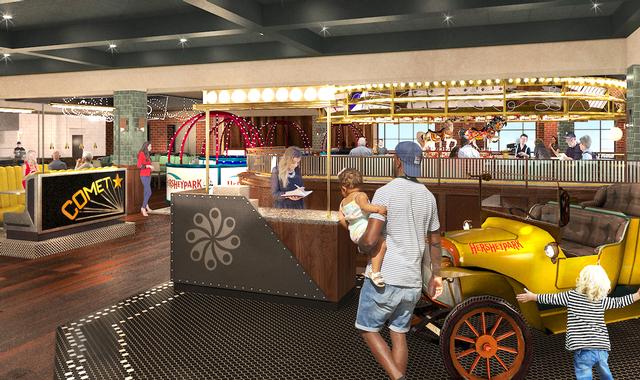 The menu will include "innovative fare with hints of chocolate," served from an open kitchen. The Chocolatier's second floor will feature that patio as well as a Carrousel-themed bar.

Hershey's Chocolatetown also will feature Milton's Ice Cream Parlor, named for the founder of the Hershey Company, who once operated a malt shop in Philadelphia before becoming America's king of chocolate. The ice cream parlor will feature 12 rotating flavors of house-made ice cream, topped with Hershey candies and sauces in made-to-order sundaes. Scoops, shakes and snacks also will be available. 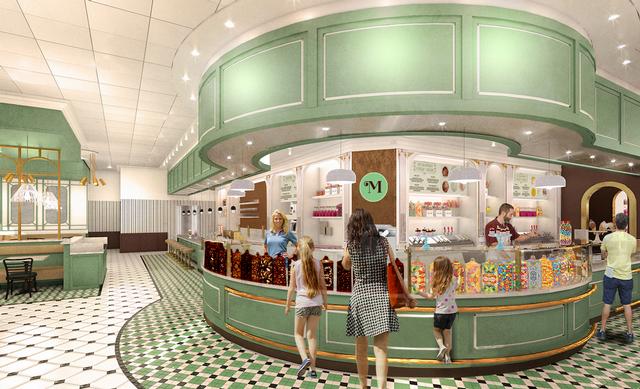 If that still hasn't been enough for your sweet tooth, next door will stand The Sweeterie, a chocolate confectionery kitchen led by Hershey Entertainment & Resorts Pastry Chef Cher Harris. The menu will include more than 50 hand-crafted and often chocolate-dipped treats, including candies, hand-crafted fudge, and baked goods. 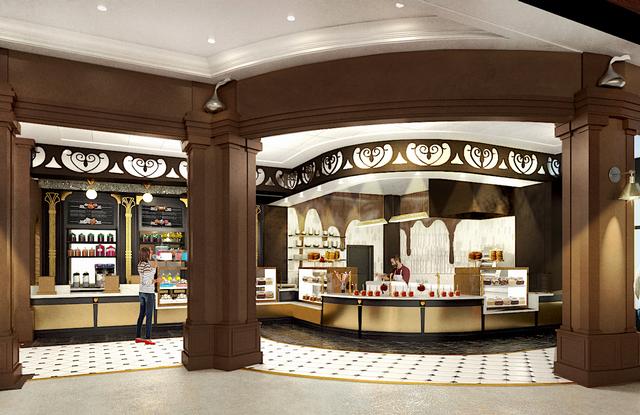 These three locations will stand outside the Hersheypark gates, next to the new 10,000-square-foot Hersheypark Supply Co. retail store. Inside the park, the Hershey's Chocolatetown expansion will feature the park's new iconic Kisses fountain as well as Hersheypark's 15th roller coaster, Candymonium, a Bolliger & Mabillard Hyper.

The additions are scheduled to open next summer.

Reader ratings and reviews for Hersheypark