Imagining a First Trip Back to Disney World

May 23, 2020, 1:19 PM · Disney Springs has reopened, and you can be sure that it won't be too long before the parks reopen as well. [Disney is presenting its reopening plans next week - Robert] No doubt, tourism is the biggest part of Florida’s economy, and the theme parks generate a lot of revenue along with employing thousands of people. It’s a way of life. Hopefully, the safety plans will make a park goer like myself, feel safe so I can appreciate the time I’ve missed.

What will it take a person like me to go back to the parks? What will the safety plans include? A decrease in the number of cases, a vaccine, a commitment to limited capacity, temperature checks, wearing masks? I’ll probably wait for non-affiliated medical professional to weigh in on their plans before going back. But when I do, I’m going to take in the sights, smells, tastes and thrills that I have been missing for the past several months in a span of a three-day weekend adventure. I’ll be traveling to the parks, visiting the hotels and Disney Springs. My first stop is going to be where it all began for me. 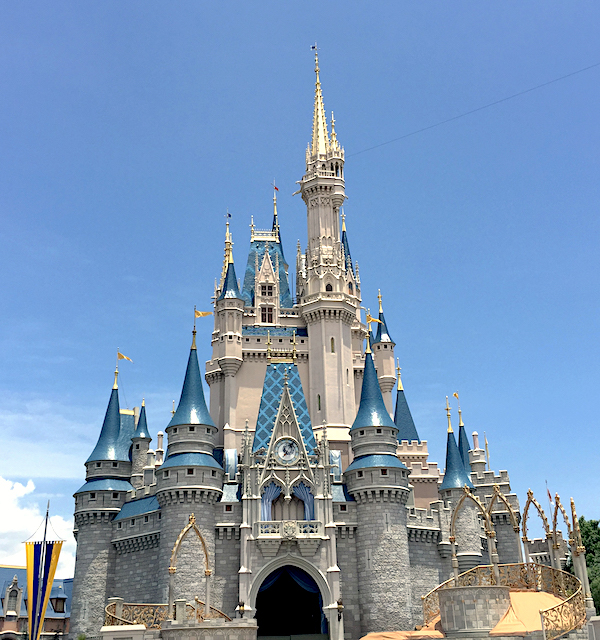 I remember visiting Magic Kingdom as a child and seeing the awe-inspiring Cinderella Castle. I imagine it was my "Dr. Grant seeing the brontosauruses" moment. One of the first things I am going to do when I arrive is stand in front of that castle and take a moment to appreciate being back. Then, I am off to business. I am going to ride my two favorite rides in the park: Big Thunder Mountain Railroad and Haunted Mansion. I’ll head over to Adventureland and go on Pirates of the Caribbean and the Jungle Cruise. After that, I am going to grab a delicious hot dog with all the toppings from Casey’s Corner and maybe go have a laugh while playing Buzz Light Year’s Space Ranger Spin if it’s not too late in the afternoon.

On my way out I am going to do an abridged Monorail Tour. I will take the monorail past the Contemporary Resort (oh, but I do like going to the California Grill bar to watch the fireworks) to the Polynesian Resort. I will be making my way to Trader Sam’s Grog Grotto and Tiki bar. I’m going to grab a Krakatoa Punch because I want to see the picture of the volcano erupt. My last stop for the day is the Grand Floridian’s Enchanted Rose Lounge based on Disney’s Beauty and the Beast. It’s a bar that I especially like because of its location hidden away in the back of the hotel on the second floor and being able to hear the live band as I once did when it was Mizner’s Lounge. I’ll grab a glass of champagne and light snacks to round out my night. 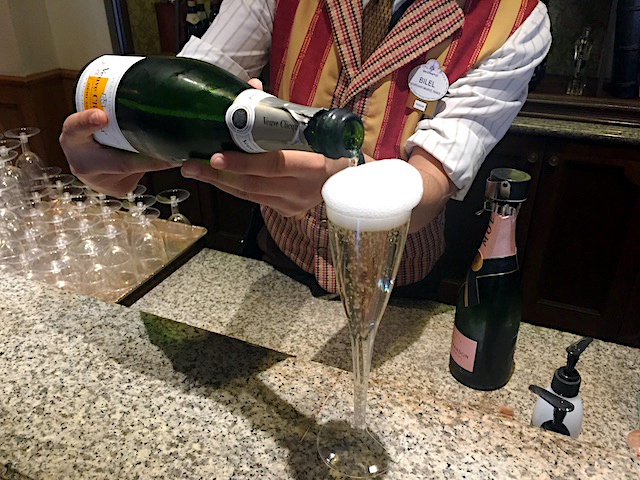 My second day has me going to Epcot to satisfy my travel bug since I won’t be going too far away for a while. My first stop has become tradition (and it appears it’s tradition for many others, based on the lines) which is a shot of tequila from La Cava de Tequila (the Tequila Cave). Next, I am going to Norway and grabbing some Viking Coffee and School Bread (a sweet roll filled with savory custard) at the Kringla Bakeri og Kafe. I’ll grab a liter of beer at Germany - Schöfferhofer grapefruit beer or a Radeberger Pilsner... or both. I’ll take a little respite by sitting down at Tutto Gusto before heading to the American Adventure and getting a Kentucky bourbon barrel aged beer. Then I am off to Japan and may try some sparkling sake or my favorite Japanese candy. We always make a toast in France with some champagne and then indulge with some fish and chips and a pint in the United Kingdom. Finally, depending on how full I am, I hope that they’ll be serving a La Fin du Monde outside in Canada. We will finish the day with some fireworks, but no rides for me. It was a full day and it’s time for bed.

I imagine after my trip around the world, I’ll most likely be waking up late on the third day, but that’s okay because I am going to Disney Springs. I’ll order a big breakfast/brunch at Raglan Road then take a little walk around the area stopping into some of my favorite stores like Star Wars Galactic Outpost and Disney’s Days of Christmas (there’s always more room in the home for more Christmas stuff). Maybe I’ll see what’s playing at the movie theater and catch a flick. After, it’s off to my favorite themed bars, Jock Lindsey’s Hangar Bar. I’ll wind it down at Wine Bar George with some amazing wines and something light to eat. Then I’ll call it a fine weekend for me. 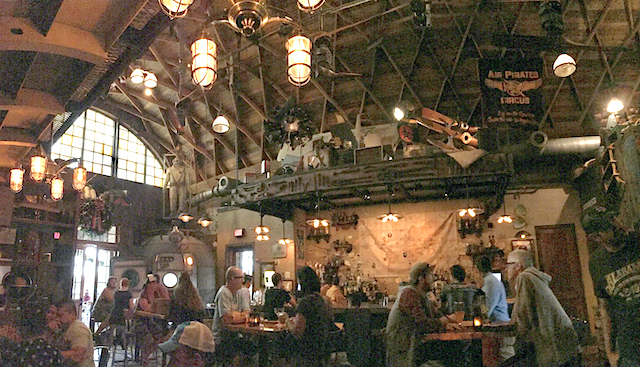 I’ve got a lot of things to do that weekend. I’ve got to get my food, drink and ride fix in when I return. But, the most important thing I am going to do is take time and appreciate the time I have there with the people I love at a place I thoroughly enjoy. Disney is a part of the culture and going back to it will help me appreciate all the times I had and all the times I plan on having in the future.

What will it take for you to go back to the parks? And when you do, what are the top things you’ll be doing?

So lots of drinking? I love it!

It's hard work, but I trust this community to get it done!

Haha true indeed! I'm going to google what a Krakatoa punch consist of.

What a lovely write up, your passion and enjoyment of the resort is evident and much needed among the doom and gloom going around.

Haha I figure if there’s more alcohol in the blood stream, then there won’t be any room for the covid. Thanks Manny, much appreciated!

Seriously, my mom is still hoping to get there in August with her grandkids (it was supposed to be next week as a present for my nephew graduating college). As a nurse in her 70s, she's naturally quite concerned but still wants to go. Her main worries are such things as wearing masks in that heat and if pools are open along with what rides are operational. But she has noted some good offers going around that might help so yes, many are still eager to go as soon as they can.

I wasn't originally planning to return to WDW until next year, but with a friend planning a wedding there this fall it's looking likely I'll be making a trip in October. As for how much time I'll spend in the parks, that's going to depend on what is open and what sorts of restrictions are in place. My main priorities are the attractions I missed in 2017 (Frozen Ever After, Splash Mountain) along with the major new rides added since that time (Galaxy's Edge, Mickey & Minnie's Runaway Railway, Slinky Dog Dash), so which parks are open and to what degree will largely determine whether I spend 1, 2, or 3 days there on my trip.