September 21, 2020, 11:00 AM · Finished "The Imagineering Story" and looking for more theme park stuff on Disney+? You're in luck this Friday, when "Magic of Disney's Animal Kingdom" debuts on Disney's streaming service.

Viewers will hear from Imagineer Joe Rohde in this new, eight-part series, but the design of the Walt Disney World theme park is not the focus here. The starts of this show are the animals who live at Disney's Animal Kingdom theme park, Disney's Animal Kingdom Lodge, and Epcot's The Seas with Nemo and Friends aquarium... as well as the cast members who care for them.

And it's those moments of care that drive this series, which includes what might be the world television premiere of a chicken hysterectomy.

No, that was not a phrase I ever imagined writing in my life — much less something that I ever expected to watch on TV. [Disney provided me with early access to all eight episode for this review.] 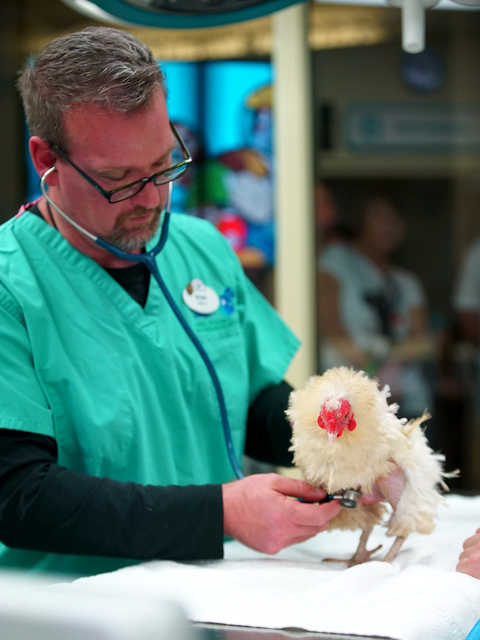 I think I can assume that for most of us, the next steps we would anticipate after seeing a chicken going under the knife would be the breading and the frying. But, to paraphrase a famous Disney cartoon character, the animals here "are friends, not food." That sentiment goes both ways in "Magic of Disney's Animal Kingdom," where we watch Disney's animal care cast members develop the relationships with the resort's animals that will keep those care givers off the dinner menu, as well.

You can just imagine all the ways that trying to grab a crocodile's tail to check it for injury could go wrong. But watching that interaction happen safely on the show, you also can appreciate the methodical approach that cast members must take toward providing animal care that protects both the animal and its care givers.

Unlike "The Imagineering Story," "Magic of Disney's Animal Kingdom" does not follow a chronological order. Each episode features four storylines, usually focused on a specific animal or group of animals at the resort. A few animals reappear in subsequent episode, but the most prominent recurring characters here are the caregivers. In typical Disney fashion, the veterinarians and animal managers are called only by their first names, which ultimately gives them equal billing with the animals they care for, each of which is introduced to us by name, as well. 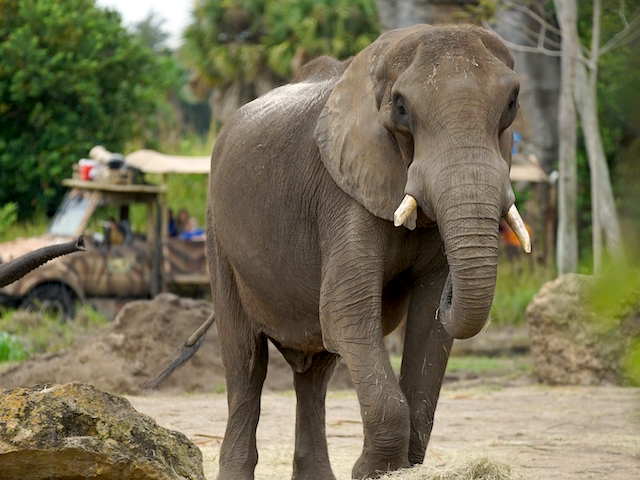 But do not come to "Magic of Disney's Animal Kingdom" looking for character-driven narrative. This isn't "Big Brother with Animals," though the recurring attempts at getting specific animals to breed does begin to lend the show an occasional "Love Island" vibe. Your reward for watching is getting an unprecedented visual experience with dozens of the resort's animals.

Frozen's Josh Gad provides a charming narration throughout the series, but it's really the cinematography and editing that draw your attention here. We are used to seeing Disney's cartoon animals up close on screen, but these are real animals, exhibiting real behaviors. At some point in every episode, I found myself asking, "how did they get that shot?" 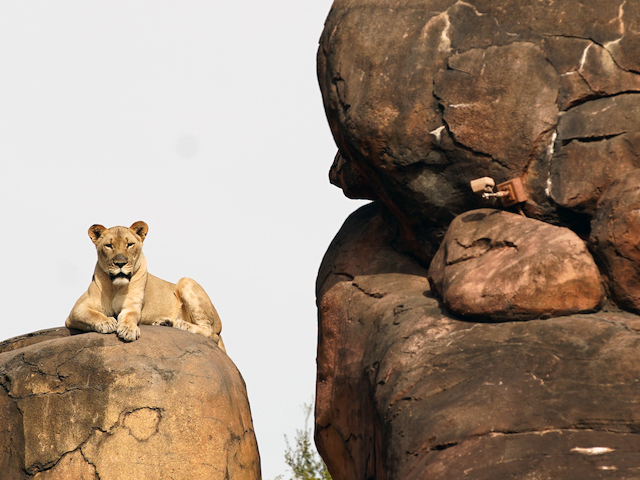 Look closely to the right side of the photo, then smile for the camera.

When was the last time you looked down an elephant's mouth or up a porcupine's nostril? Well, buckle up, because your time for that has come. With "Magic of Disney's Animal Kingdom," Disney+ has created a visual adventure that delivers moments that can take your breath away, every bit as much as the rides inside the park. As Animal Manager Rachel Daneault said in episode 8, "We always talk about science, but there is a lot of emotion to what we do."

Perhaps the emotion of watching "Magic of Disney's Animal Kingdom," might entice more Walt Disney World visitors to take the ride over to Rafiki's Planet Watch to watch the veterinary care inside the park's Conservation Station. But even if you don't, as Joe Rohde said in a press conference promoting the production, "simply by seeing the show, the next time you come to this place, your experience will be fuller, will be richer, will be more rewarding."

We have the complete press conference here, if you'd like to learn more about the production of "Magic of Disney's Animal Kingdom," from Joe, Rachel, Veterinarian Dr. Dan Fredholm, and Disney Parks Vice President for Disney’s Animals, Science and Environment Dr. Mark Penning.