March 14, 2021, 5:57 PM · Now that we've gotten back inside Universal Studios Hollywood for the first time in a year, let's take a closer look at the upcoming The Secret Life of Pets: Off the Leash! ride and its home in the park, Pets Place.

Here's a quick walk up the New York-themed street, which replaced the London Street and the Globe Theatre on the Upper Lot at Universal Studios Hollywood.

Let's walk down the new #PetsPlace street at @UniStudios pic.twitter.com/YW1kFWCVxc

Located next to Despicable Me and Super Silly Fun Land, Pets Place creates a cohesive New York-themed area for these two popular Illumination animation franchises. Here's the view looking from the opposite direction, as you approach from the park entrance. 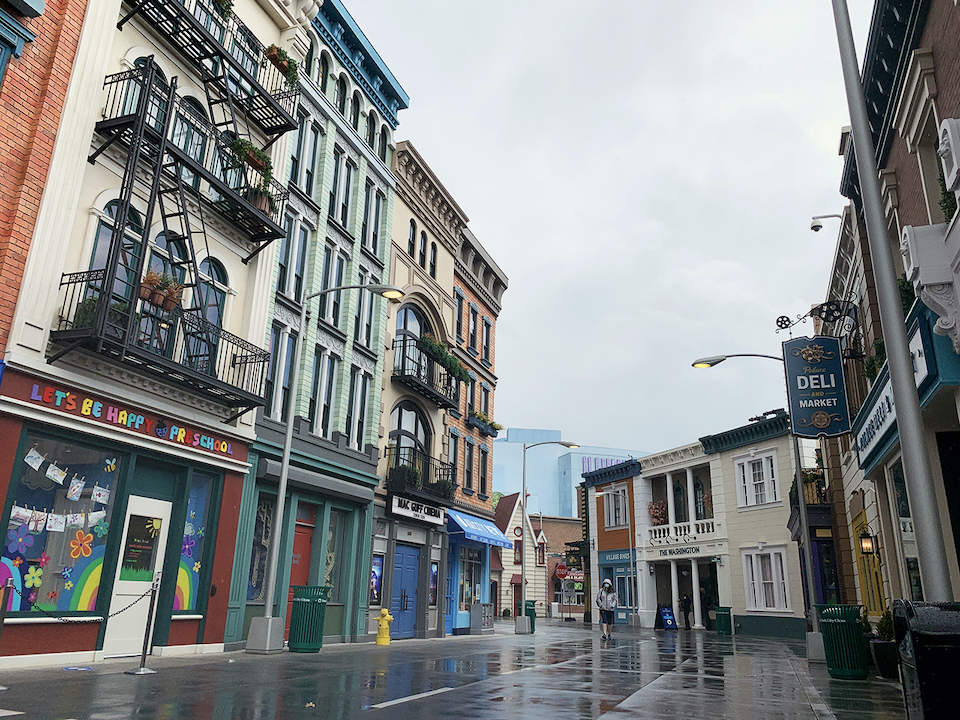 The entry sign to the former "The Walking Dead Attraction" now provides a subway-style map of Pets Place. 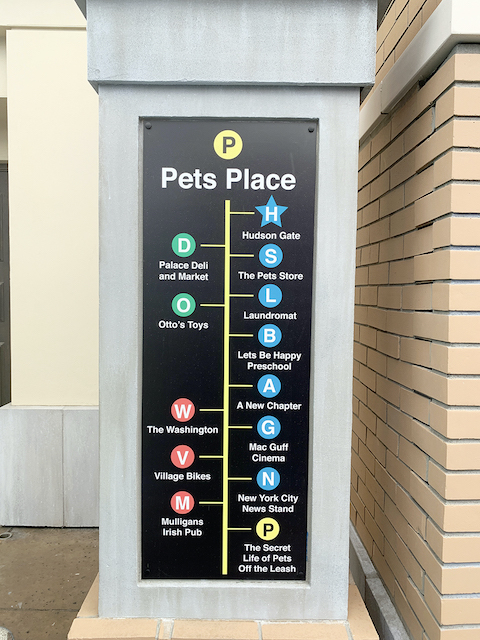 Check out the facade detail here. It's great work. 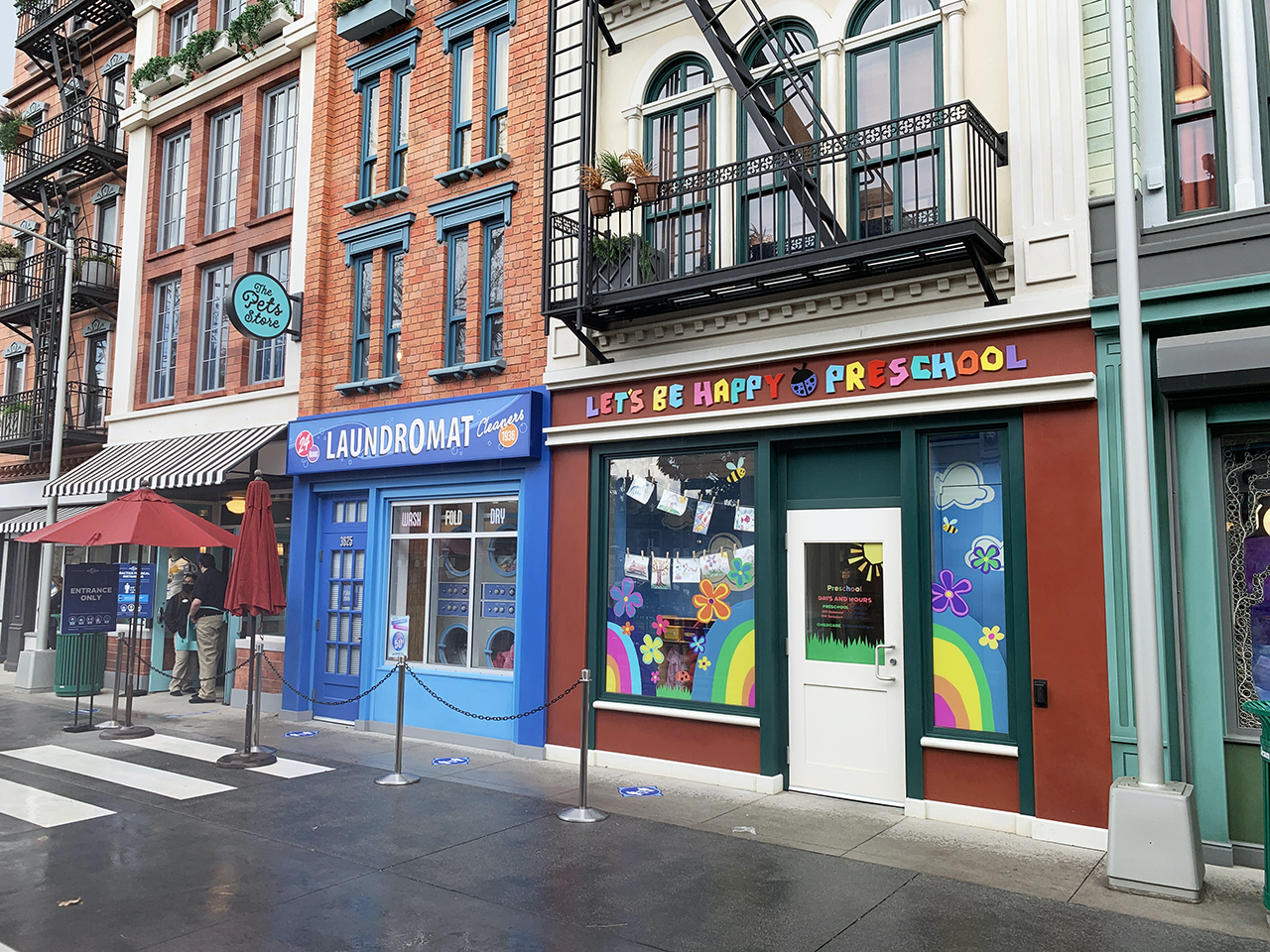 And here is the inside of The Pets Store, the merchandise location at the exit of the new ride. 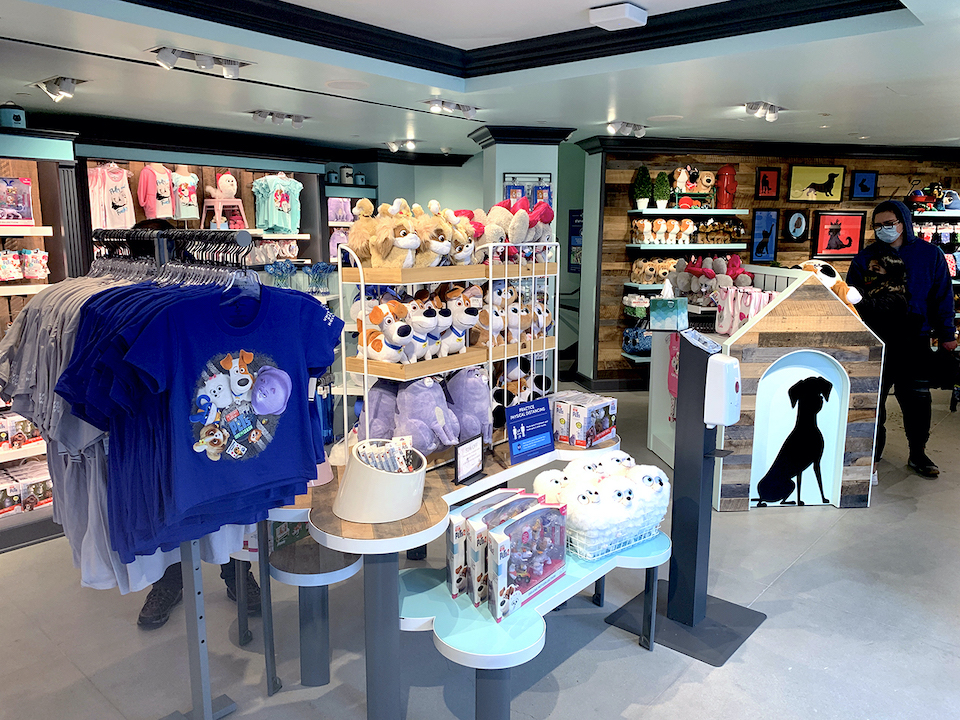 We showed you some of the items for sale in The Pets Store in our Instagram post earlier.

The Secret Life of Pets: Off the Leash! will use the first installation of Universal's Virtual Line system in Hollywood. And you can make your reservations at the convenient Pets Place subway station. (Or, I assume, on the Universal Studios Hollywood app, though the park has not confirmed that officially yet.) 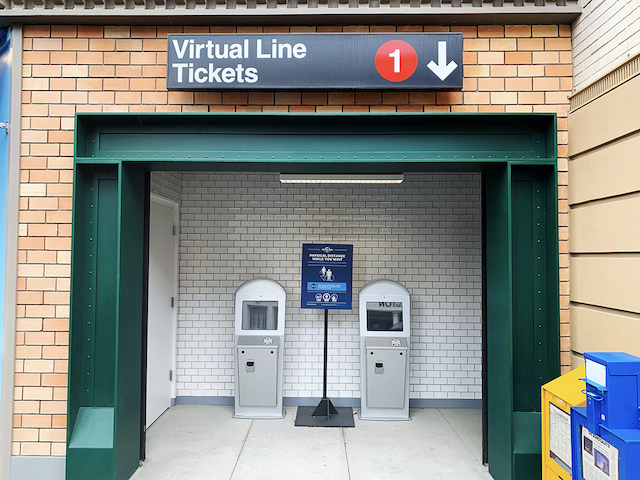 Don't skip the newspaper boxes next to the station. There are some fun Easter eggs in the copy here. 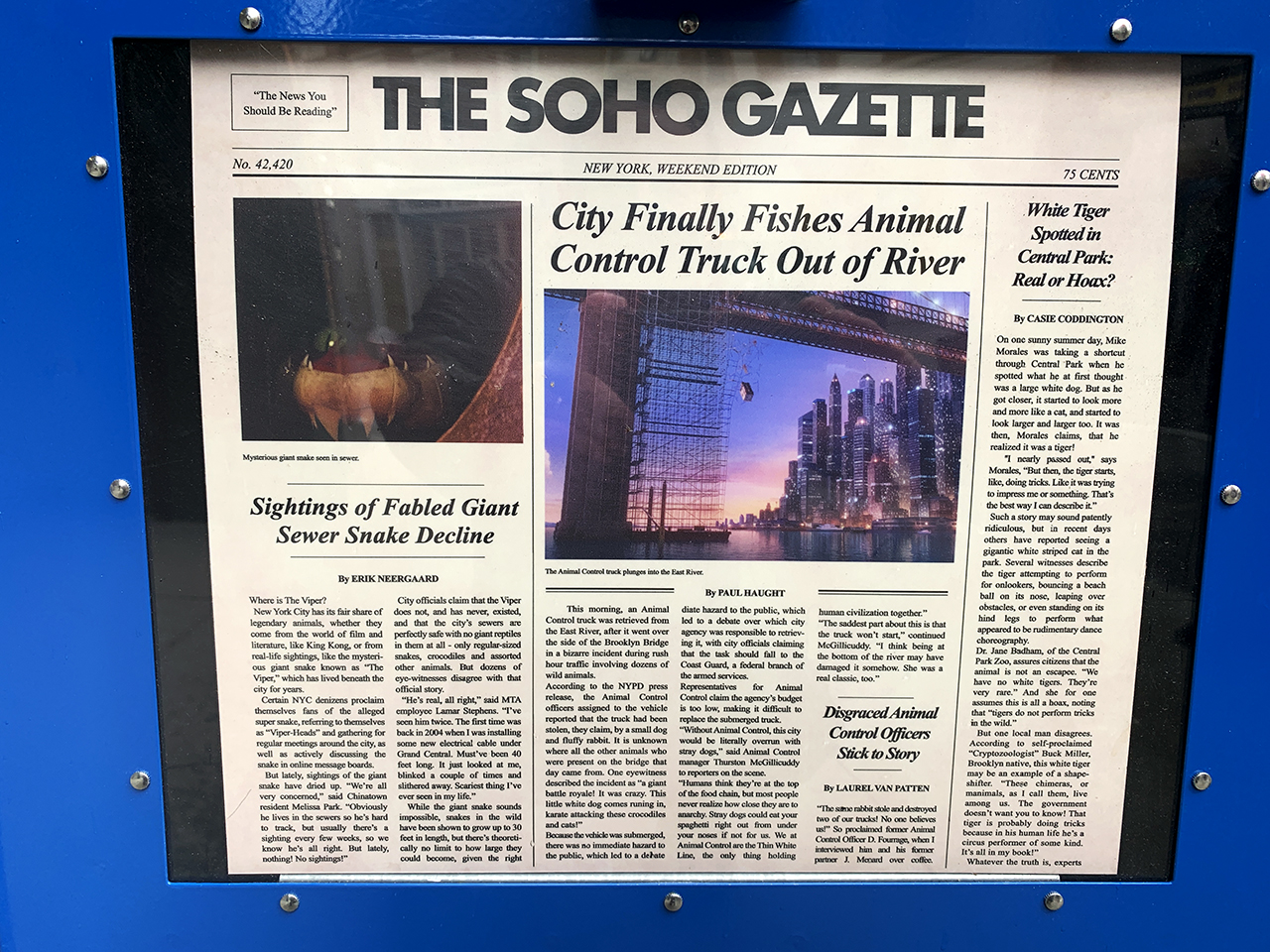 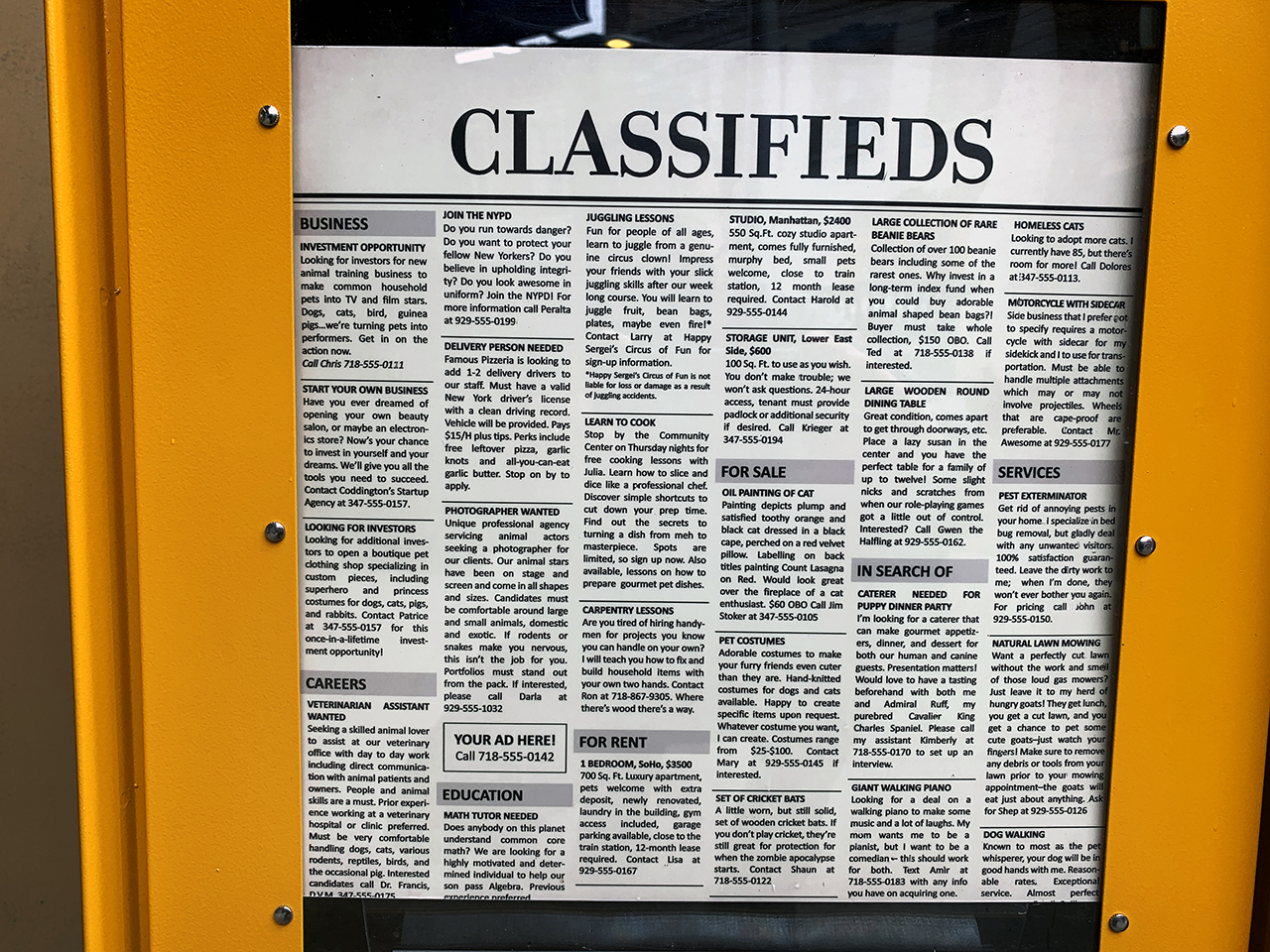 That brings us to the ride's entrance, which is fashioned to look like the Manhattan apartment buildings where the pets who star in the movies live. 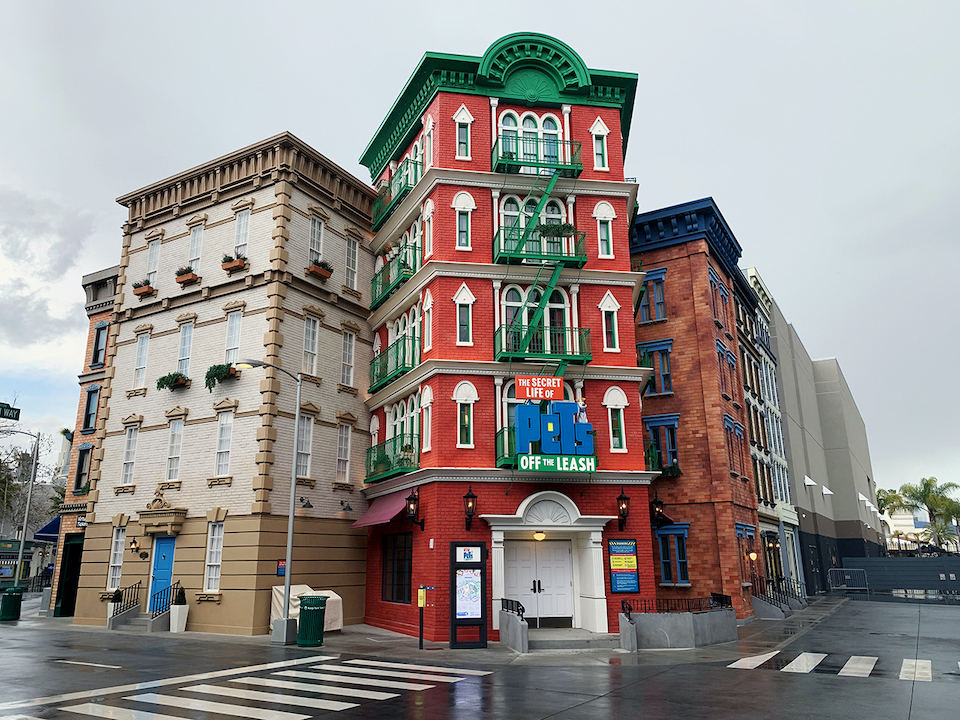 We got a walk through the new ride's queue just before the pandemic hit a year ago, and described that for you in An insider's tour of Universal's new Secret Life of Pets ride. Let's check out some of these photos from the queues and the ride, too. We start in the building's lobby, but this is where you want to bail if you wish to avoid spoilers.

Photos from here down are courtesy Universal

The queue is a self-guided tour through the pets' apartments, where we see animantronics of many of the pets, up close.

That brings us to the ride itself, where you are loaded into a box for a trip to an adoption event, from where you'll be taken to your "forever home." That's right. You are the pet on The Secret Life of Pets ride, and an animated effect (which I have not yet seen), will allow you to see yourself in pet form.

Universal Studios Hollywood has not yet announced its reopening date, which is expected to be sometime after the current Taste of Universal event concludes on April 11. Nor has the park announced an official opening date for the Secret Life of Pets ride, which had been scheduled to begin soft openings for annual passholders the very day that the park closed for the pandemic.

This is going to be such a winner. Universal is going to make some serious moolah and bring in lots of families with this ride. The "Pick a Pet" concept is brilliant with lots of kids each going to want their own individual animal.

When I first saw images of the new area I thought the colors were far too bright and vibrant to accurately represent the streets of New York (like the NY Backlot at USF or the actual city sets on the USH Backlot). However, when you compare the look to what the city looks like in the Pets movies, UC has actually created a very happy medium - not quite as vibrant as the CG films, but not as realistic as the real thing. Being next to Super Silly Fun Land will help this land to blend in and create smooth transitions, but I would be curious to see some images from Universal Plaza to see how those transitions are made from more realistically portrayed backdrops.