September 9, 2022, 6:47 PM · Disney's Haunted Mansion movie will hit theaters on March 10 next year, and two of Hollywood's enduring and ascending horror legends have joined the cast. Disney provided an update on the latest movie adaptation of this classic Disney theme park attraction during the D23 Expo in Anaheim this afternoon.

"The Queen of Scary Movies" Jamie Lee Curtis (who was at rival Universal Studios Hollywood's Halloween Horror Nights last night) rode on to the D23 stage in a Doom Buggy to reveal her participation in the Haunted Mansion movie, in which she will play Madame Leota. 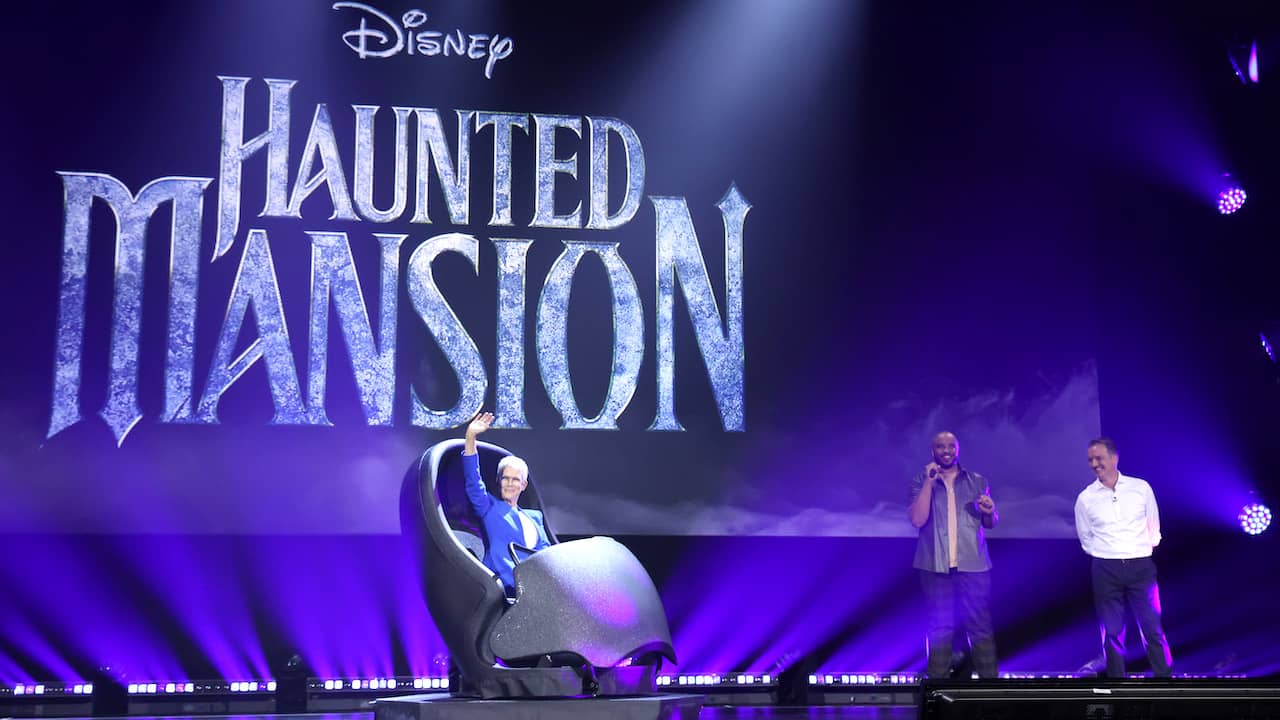 "Stranger Things" star Winona Ryder also is in the cast for Disney's Haunted Mansion movie, which will star Rosario Dawson as a single mother buying a "strangely affordable" mansion in New Orleans. (Score a point for Disneyland canon over Walt Disney World there.)

Disney also screened a trailer for the movie, which attendees were not allowed to record or broadcast and which Disney has yet to release online. (So that's why I am not sharing it with you. Sorry.) But the footage showed Owen Wilson as a priest trying to perform an exorcism on the Mansion and Jared Leto as the Hatbox Ghost. Danny DeVito, Dan Levy, and Hasan Minhaj also appeared.

The Haunted Mansion first hit the screen as a 2003 Eddie Murphy vehicle that pretty much bombed at the box office, to be forgotten quickly by all but the most dedicated Disney fans. Guillermo del Toro once was attached to a Haunted Mansion film project, but former Disneyland cast member (and "Dear White People" director) Justin Simien is at the helm of this production now.

Stay tuned for more coverage from the D23 Expo in Anaheim.

Jared Leto as the hatbox ghost.

Sweet lord and baby jesus, this is why we can't have nice things.

I was sure they'd go for a late summer or early fall release, oh well. Danny DeVito is a home run for this.

I actually don't mind the 2003 movie that much. It had all the right ingredients for a good Haunted Mansion film, it just didn't know what to do with them.

I'm not optimistic that this new flick will be much better based on what we've gotten so far.

Oh well, I was certain they'd choose a late summer or early autumn release. This is a home run for Danny DeVito.