September 13, 2022, 12:56 PM · Death Eaters will return to The Wizarding World of Harry Potter – Hogsmeade at Universal Orlando this weekend.

Lord Voldemort's followers will enter Hogsmeade village on select nights starting September 16, as Universal brings back performances of the Dark Arts at Hogwarts Castle projection show during the Halloween season. 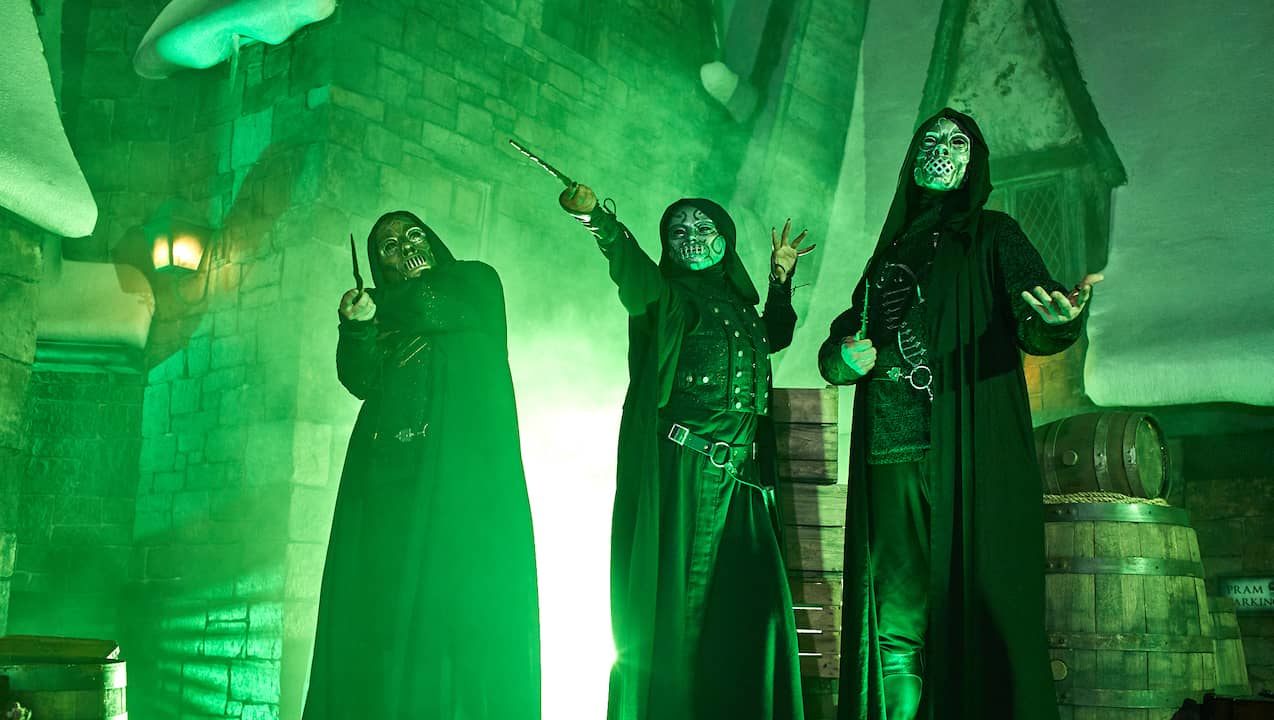 The Dark Arts takeover of the village includes additional Dark Mark-ed merchandise, including a Death Eater mark, for fans of the baddies in the Harry Potter universe.

The Dark Arts at Hogwarts Castle runs several times each night, starting at dusk through park close. The show, and the Death Eaters, will appear select nights through October 31 at Universal's Islands of Adventure.

Why Is Disney Teasing Its Theme Park Fans?