December 21, 2022, 3:01 PM · Disney is getting ready for its 100th birthday celebration by teasing one of the new nighttime spectaculars at Disneyland.

Wondrous Journeys will be the new nighttime projection show and fireworks display at Disneyland, starting with the kickoff of the #Disney100 celebration on January 27, 2023. The new show will honors 100 years of Disney's animation history, with nightly projections on Sleeping Beauty Castle, the Small World facade, and Rivers of America from Encanto (below), Hercules, The Princess and the Frog, Peter Pan, Frozen, Treasure Planet, Big Hero 6, Moana, and more. 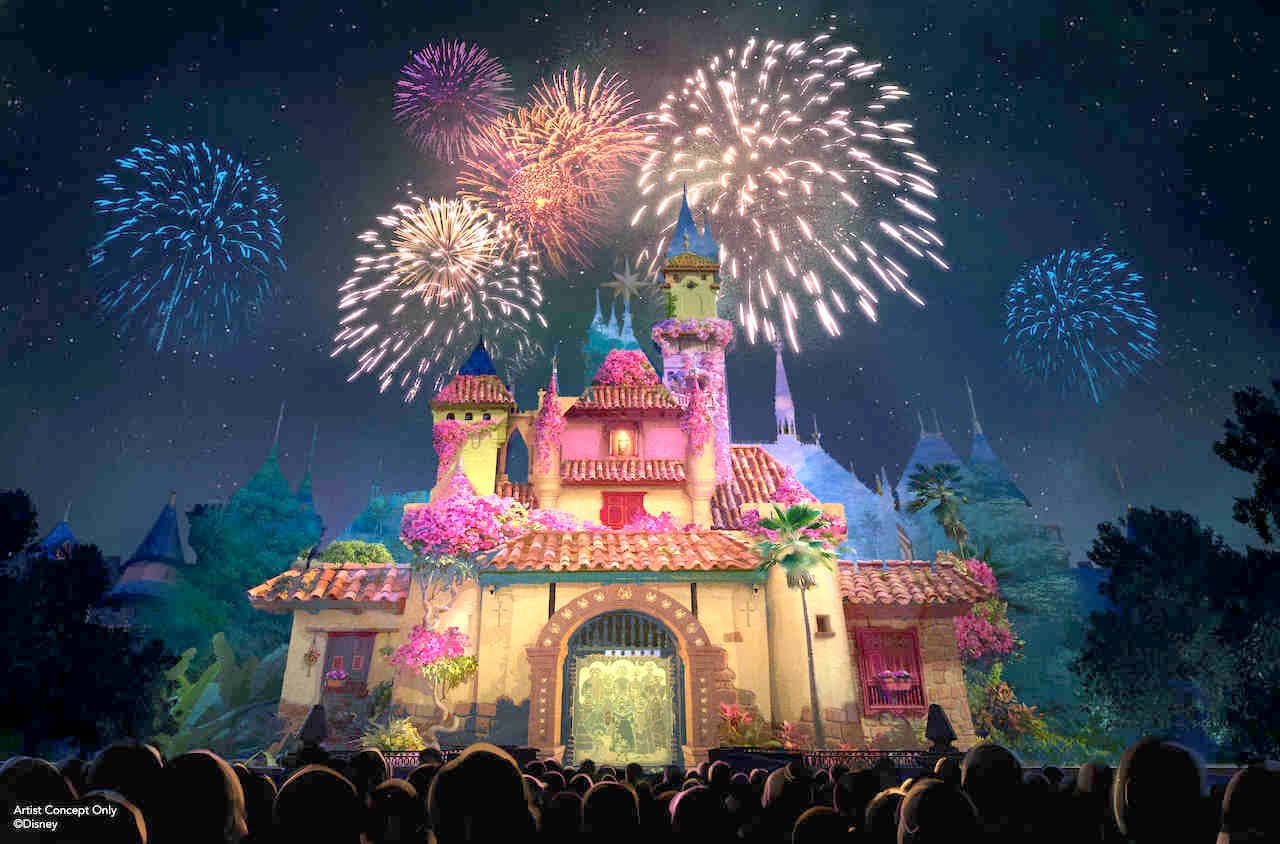 Disneyland will add fireworks to the show on select nights (which will mostly be the weekends). Wondrous Journeys also will feature a new song, written for show, called "It’s Wondrous." Disney today released a behind-the-scenes video on the making of the new song.

The "Disney 100 Years of Wonder" celebration begins at the Disneyland Resort on January 27 with the debut of Wondrous Journeys, the new World of Color - One show at Disney California Adventure, and the opening of Mickey & Minnie's Runaway Railway at Disneyland. The redesigned Mickey's Toontown will open March 8, and the Magic Happens parade will return on February 24.

Treasure Planet? Is there anything in that movie that would be critical to a project/nighttime show that couldn't be gleaned from a more popular Disney movie?

Nothing against that or Atlantis: The Lost Empire, the 2 productions that signaled the end of the Eisner-era renaissance of Disney animation, but I thought they had locked Treasure Planet in The Vault for all eternity.

Should Six Flags Sell Land to Boost Its Stock Price?

Baseball Spring Training Is Coming Back to Disney World