Out of the Shadow Land 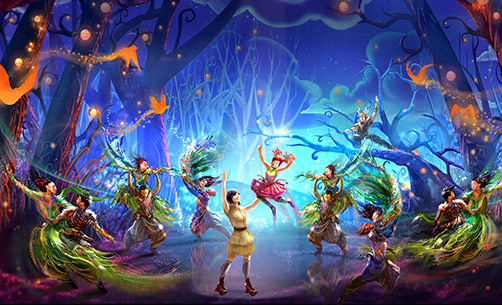 "Out of the Shadow Land" played in the park's Lost River Delta land, in a new "Hangar Stage." The original story follows a shy girl as she develops the self-confidence to escape the evil shadow land in which she's been lost. The production featured video as well as live performances and opened July 9, 2016, closing March 31, 2019.