Sesame Street 4-D Movie Magic is a 4d movie in Hollywood at Universal Studios Japan. It's worth seeing on a time-permitting basis. 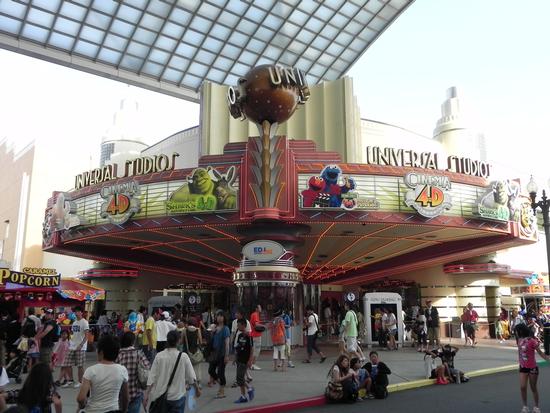 Sharing the same theater as the Shrek 4-D movie (but with separate queues), this is a longer, Japanese-language version of the movie that ran as 'Sesame Street Presents Lights Camera Imagination!' at many SeaWorld/Busch Gardens parks in the United States.