December 22, 2011, 10:00 AM · Welcome to Madagascar, a land based entirely on the DreamWorks Animation films, and that's completely unique to Universal Studios Singapore. 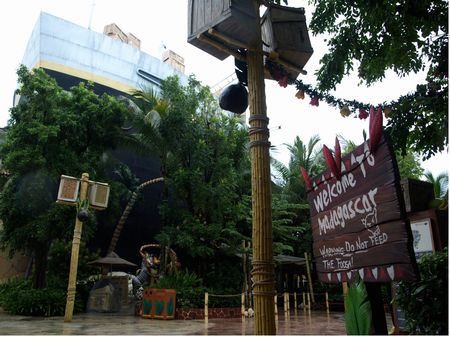 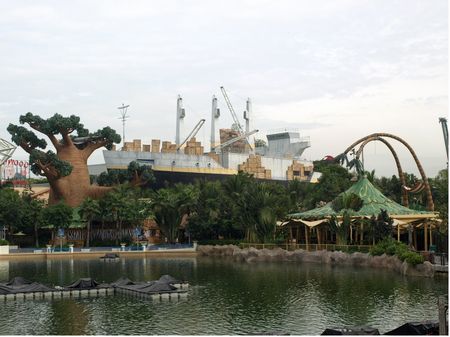 Madagascar, as viewed from across the lagoon

The land's signature attraction is Madagascar: A Crate Adventure, an indoor animatronic boat ride that was delayed for nearly a year, helping push back the entire park's official opening. 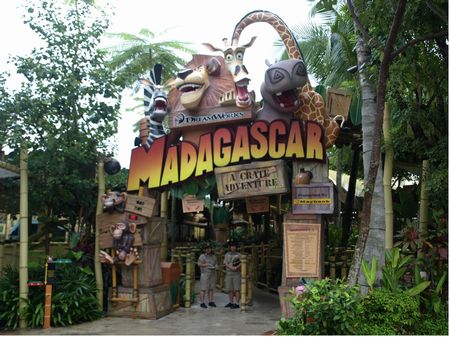 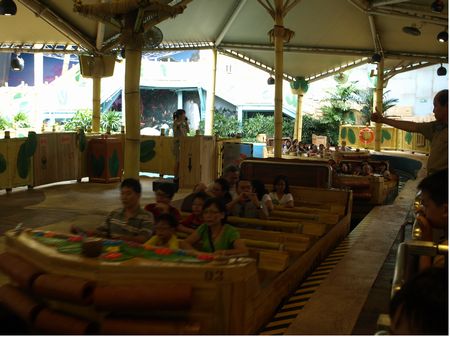 But when the ride finally opened earlier this year, the drop was nowhere to be found and the consensus seemed to be that the ride put the "Meh" into "Melman." 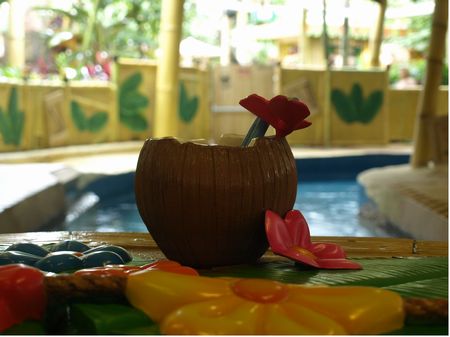 Yet I loved Madagascar: A Crate Adventure. Despite the popularity of rides such as Pirates and It's a Small World, there just aren't that many water-based dark rides out there. Heck, this is Universal's first. The only other non-Disney indoor animatronic boat ride I can remember riding as a kid was the old Enchanted Voyage ride at Kings Island. 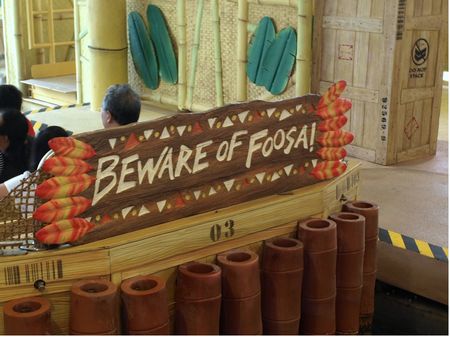 Let's judge Madagascar: A Crate Adventure not for what it could have been, but for what it is - a charming seven-minute dark ride through the main events of the first Madagascar film, with some fun effects (flinging monkey poo!) and a catchy tune. (Reel 2 Real's "I Like to Move It" is played ubiquitously throughout the land.) And even if they're not fans of Madagascar, visitors to steamy Singapore at least should appreciate seven-plus cool minutes floating in the dark, with air conditioning. What's not to like?

If you didn't get enough of "I Like to Move It," climb aboard King Julien's Beach Party-Go-Round, an elaborately-themed carousel featuring Alex, Gloria, Melman and Marty, as well as the Penguins and many of the other Madagascar characters. 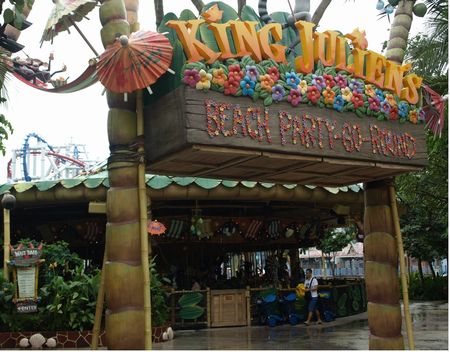 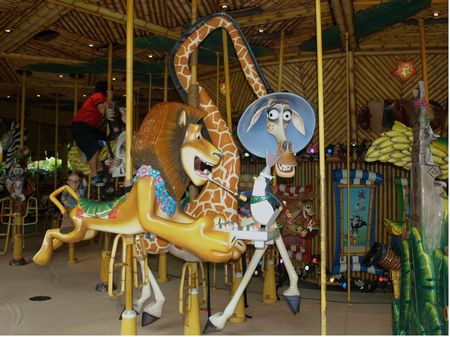 Alex, Melman, and the Penguins 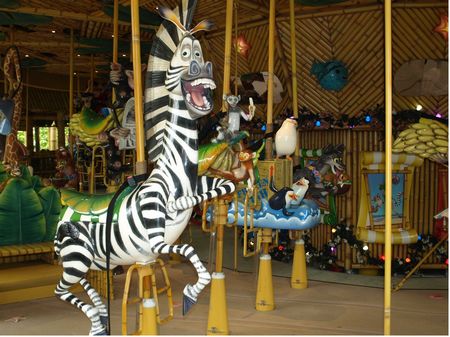 When you're ready for something to eat, there's Casa Del Wild, serving chicken satay, roasted chicken and beef rendang. 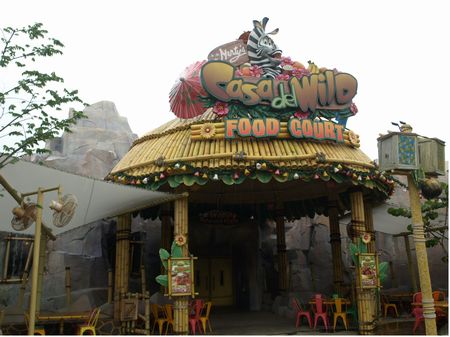 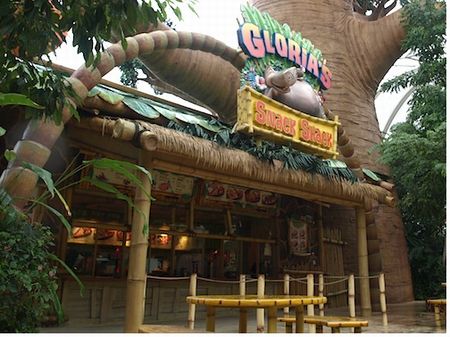 From there, you're just a few steps from completing the circuit around the lagoon, and returning to Hollywood.

That wraps up on in-park tour of Universal Studios Singapore. If you missed it, here are our looks at the other lands in the park: Sci Fi City, Egypt, The Lost World, and Far, Far Away.

Tomorrow, I'll post some details about and advice for planning a trip to Singapore to visit Universal. Then on Monday, we'll start Tokyo DisneySea week here on Theme Park Insider.

Just to let you know, Rye Playland's The Old Mill in New York is a water based dark ride. Also Six Flags Over Georgia had one in the 70s with The Okefenokee Swamp.

Thanks for these updates. I hope one day I'm able to visit these great-looking parks but for now reading these reports will do. Looking forward to the DisneySea week.

Thanks for all these photo heavy trip reports, Robert. I for one have enjoyed them immensely.

Just an FYI: If you are ever in the Dallas/Ft. Worth/Arlington area, check out Six Flags Over Texas' Yosemite Sam and the Gold River Adventure (YSATGRA). It, like the Madagascar ride you reviewed, is a slow moving water dark ride and, more importantly, an unexpected, hidden treasure. I was impressed by the attention to both detail and story that this experience offers (especially considering my general disdain for anything SF related) . While YSATGRA is definitely a Disney-on-a-budget attraction, it is very well imagined and maintained, and should not be missed by any true theme park fan.