March 17, 2014, 9:38 PM · Just as 70% of the Earth’s surface is covered in water and 75% of the weight of the average human is comprised of water, H2O is essential to the life of a theme park. In my previous column, I looked at the uses of water in theme park attractions to propel riders. This second part will look at water and examine water’s use in theme parks to create ambiance and the use of water in special effects. 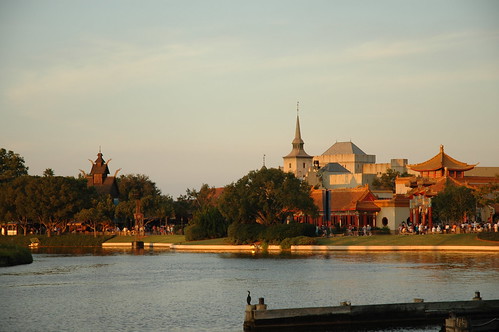 Just about every major theme park in the country has some sort of lake, fountain, pool, or other water feature that helps to set the theme of the park. From a babbling creek running through the heart of Dollywood to EPCOT’s World Showcase Lagoon to Lake Erie surrounding the peninsula that houses Cedar Point, bodies of water, be them natural or manmade, are important features of just about every major theme park. 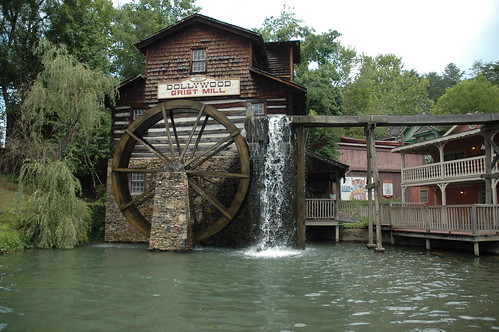 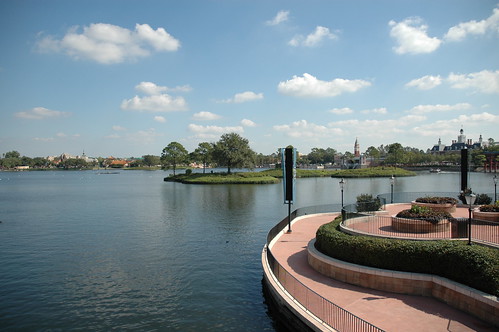 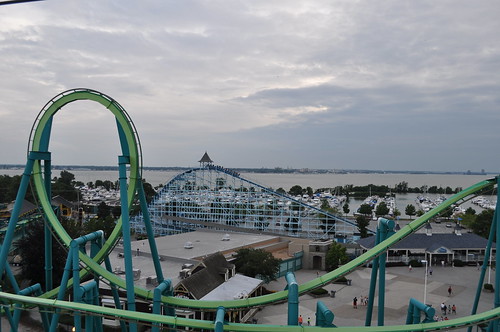 In addition to creating beauty and ambiance, these water features also can help to keep temperatures down as breezes can blow unobstructed across them, cooling the air. Some large man-made bodies of water in theme parks also serve to establish a theme, like the moats around the castles of the Magic Kingdom and Disneyland and the Rhine River at Busch Gardens. 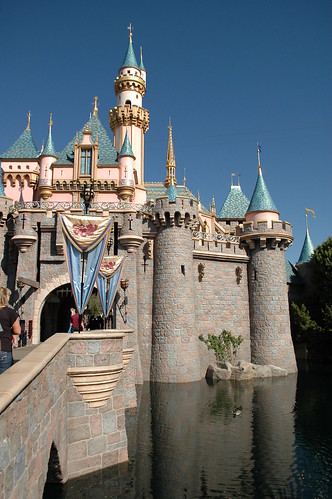 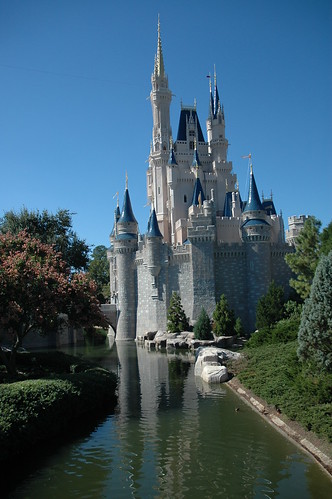 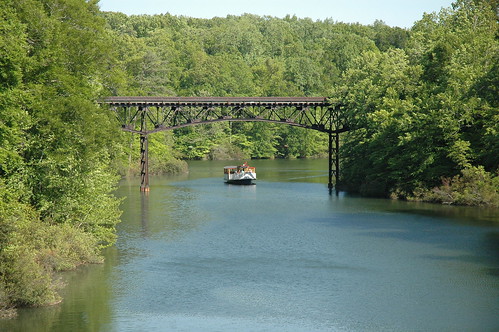 In addition to lending to the theme and creating ambiance, natural and manmade bodies of water can also be used as stages for shows. Before the explosion of modern theme parks, waterski show arenas were commonplace around the country. In fact a number of parks still these have these areas, although they are either not being used or are used only during peak attendance days. From Sea World to Six Flags Great Adventure to the now defunct Geauga Lake, these lake-side stadiums stand as relics to a different era. However, the Sea World parks have built huge stadiums around man-made bodies of water, which form the primary attractions at their parks. Honestly, what would Sea World be without its dolphin, killer whale, and sea lion shows? Obviously, water plays a huge part in the success of their parks. 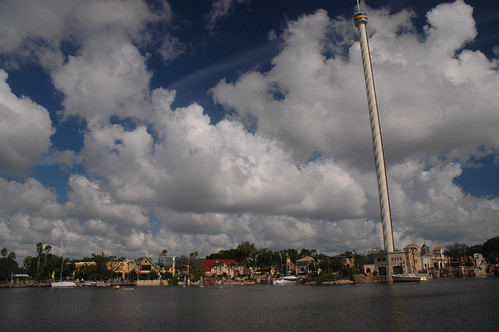 Many other parks use lakes and water features for nighttime shows. Starting with the spectacular Illuminations, up to World of Color and the recently announced Animal Kingdom evening show, water has become an integral part of many park’s closing acts. After all, by having an evening display along a large body of water, parks can have numerous and diverse viewing areas, and a safe area to launch low altitude fireworks to great effect. 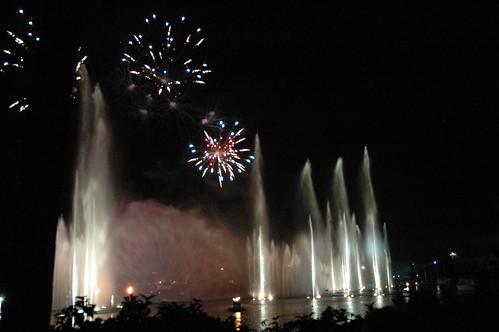 In addition to providing great locations for nightly firework and lighting displays, water can also be a major component of modern theme park shows and other huge water displays in theme parks. In the 1980’s, 3 Disney Imagineers developed a cute little fountain technology, eventually installed at EPCOT, known as the “Jumping Fountain”. The fountain was an instant hit among guests, but incorporated laminar flow technology that would forever change the use of water in theme parks. Those 3 Imagineers, Mark Fuller, Melanie Simon, and Alan Robinson, founded Water Entertainment Technologies (WET), which began to expand the laminar flow concept used on EPCOT’s small Jumping Fountain to larger and larger scale with their landmark installation in Las Vegas at the Bellagio Hotel, which still amazes crowds to this day. Another EPCOT fountain (Fountain of Nations in the middle of FutureWorld) is another predecessor to Bellagio, while the array of fountains within Disney California Adventure’s Paradise Bay represents the current benchmark for fountain technology. 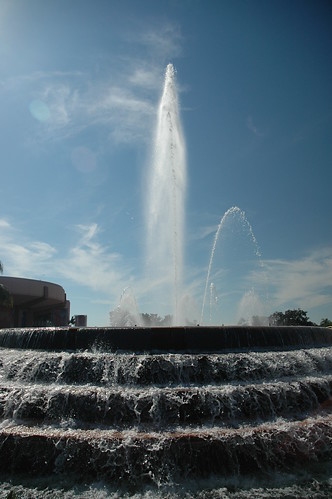 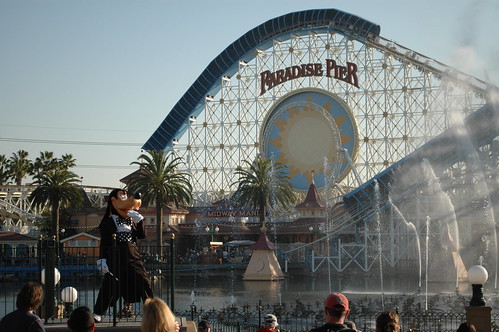 In addition to using laminar flow technology, California Adventure’s fountains also include another piece of water technology that has propagated to theme parks around the world. Using water as a projection screen has been around in theme parks since Fantasmic! debuted at Disneyland in 1992. However, the technology has come a long way with the advent of high-intensity high definition projectors that create nearly crystal clear images on tiny droplets of water. 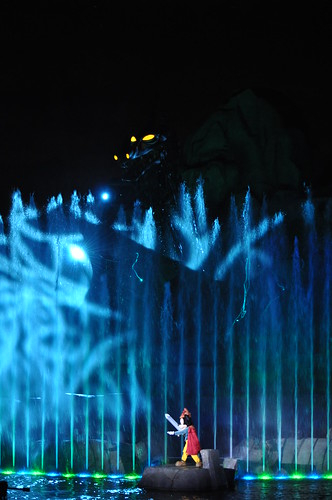 The technology has even crossed over into attractions, where water screens are used to project images in dark rides such as Pirates of the Caribbean, Harry Potter and the Forbidden Journey, and Indiana Jones and the Temple of the Forbidden Eye. The ability to project images directly in front of riders without needing a rigid screen is a powerful tool, and will inevitably be used and expanded even further. 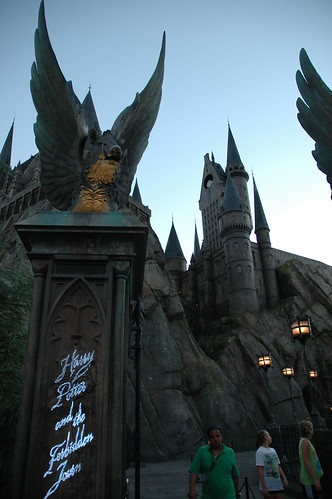 It’s not just powerful water jets and fine mist screens - even roller coasters have gotten into the water act. Many coasters are now being designed with splashdown sections that serve multiple purposes. They create theming for the coaster and an impressive splash to amaze onlookers, but also help to dissipate the momentum of the train without relying on convention pneumatic or magnetic brakes. Roller coasters like SheiKra, Diamondback, and Griffon all create powerful splashes near the end of their tracks. 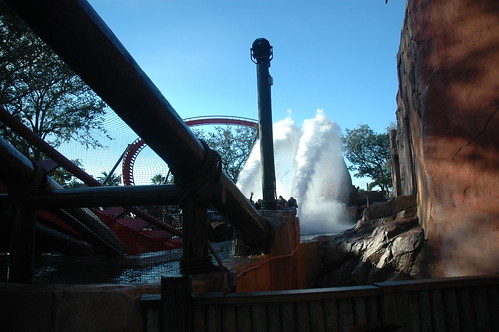 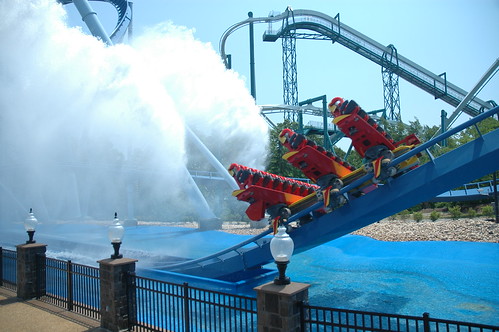 Some coasters simply use water as an impressive backdrop for their track, like Anaconda, with its underwater tunnel and loops all over a giant lagoon. 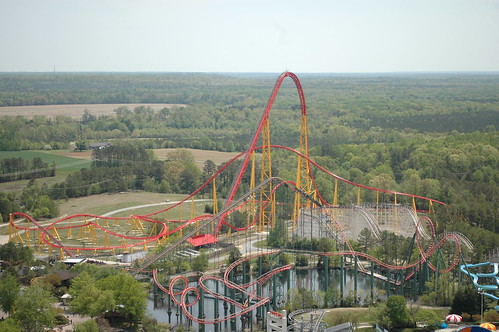 Imagining a theme park without water would be akin to considering a theme park without food. The two are in a mutual relationship, and it’s tough to think of a theme park that doesn’t use water in some way, shape or form. Designers and engineers are continuing to push the envelope to create new ways to entertain and amaze guests, and water is playing a critical role. The sky’s the limit to what can be done with water, and the theme park industry will continue to find new ways to utilize the Earth’s most prominent compound. 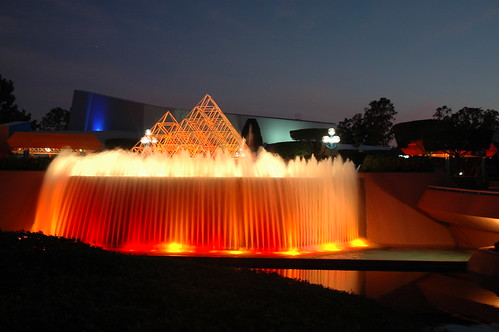 James Koehl
March 18, 2014 at 4:08 AM · Terrific article, Russell! You looked at a part of the park experience that we all take for granted but without which that experience would not be nearly as memorable, visually or otherwise.

BradyNBradleysMom
March 19, 2014 at 4:29 AM · This article was so expertly written, I loved it. All the details, all the photos, all the research that went into it and all the analysis. I just loved every word of it. I am very eco-conscious and almost never print anything out on paper, but I printed this article out for my theme park scrapbook to refer to later. It was THAT good. The only other things I print out are by may favorite writer, Amanda Jenkins, and the other excellent columns by Krista Joy. I may have a new third favorite writer now here if articles like this keep coming! :)

Ed Newman
March 19, 2014 at 7:05 PM · Wow. Great article. Really well written with good attention to details. Many of the water features described and illustrated here I simply took for granted when I have visited these parks.

James Rao
March 19, 2014 at 7:28 PM · Totally agree with Ed and Jim... great stuff Russell. Your knowledgeable perspective on the technical aspects of the parks makes for a refreshing and enlightening read. Edutainment, is what you provide, sir! You are the Epcot of TPI! ;)