May 1, 2018, 9:08 AM · Central Park is closed at Universal Studios Florida as Universal Orlando prepares for its upcoming new nighttime spectacular. 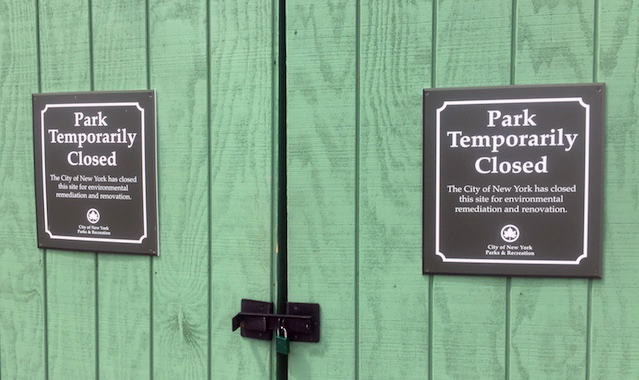 Universal is transforming the former green space between Hollywood Boulevard and the KidZone into a tiered viewing area for the show, for which Universal has not yet announced a name nor an opening date.

You can see the scope of the project from pretty much anywhere else around Universal Studios Florida's lagoon. Universal has dropped the water level in the lagoon for the construction, exposing the show effects deck that will provide the "stage" for the production. 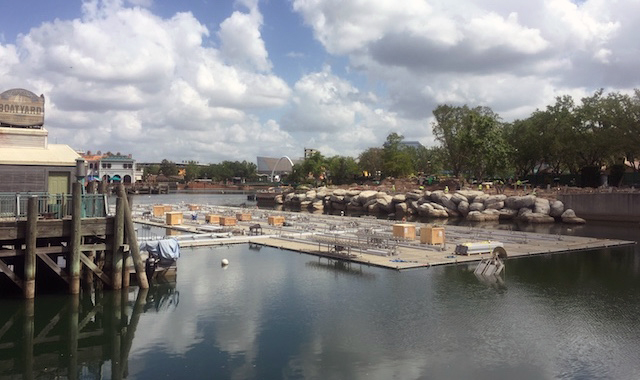 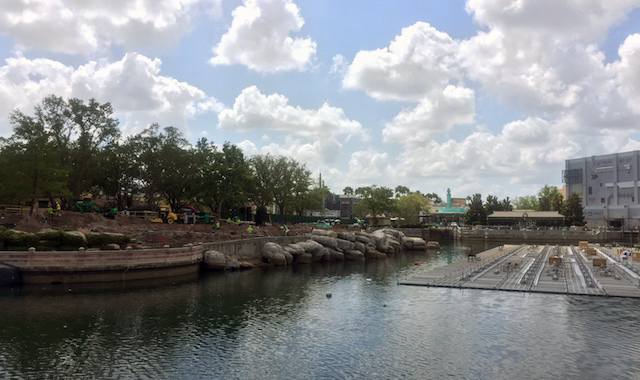 Here's pictures of how the terraced viewing area for @UniversalORL new night nighttime spectacular is going to look from the elevations in the plan documents. The plans also mention a private seating area nearby. pic.twitter.com/1vifImOiua

The new show replaces Universal's Cinematic Spectacular. That show used physical frames for its water screens, which were reportedly damaged in last year's hurricane. The new equipment being installed so far looks like it might support the type of frameless water screens used in Disney's World of Color and Fantasmic! (*A previous version of this post said UCS used physical screens, instead of physical frames.) We will find out more about this production as the debut approaches, and Universal confirms more detail. Until then, stay tuned!

That doesn't look like a very big viewing area. Maybe Universal can build an additional water stage/seating over by World Expo.

@James - Considering how few people stopped to watch Universal's Cinematic Spectacular, I think they're smart to start with a small viewing area, and then expand it if the new show becomes a hit. There's absolutely no sense in building a huge permanent seating area that becomes a bit of an eyesore during normal park hours, only to see it half full during a 15-minute show. It's a delicate balance, but I think taking advantage of the already available space across from Mel's Drive In, while also making it modular for use during seasonal events like HHN, is the way to go. If the new show becomes the next Fantasmic!, then they can work on finding additional viewing areas and constructing additional permanent seating.

This just in: The new show's title is "Globe of Pigment."

This show is gonna be awesome!

"Underwater catwalk"? Cats don't like to be in water.

Hey Robert, I believe you came thru my line today at USF. !!