May 18, 2018, 4:25 PM · Six Flags Magic Mountain invited me and a few other reporters to go behind the construction walls today and take a look at the progress on CraZanity and other improvements coming to the park's Boardwalk area.

CraZanity will be the world's tallest pendulum ride when it opens later this summer at the Valencia, California theme park. The Zamperla Giant Discovery swinging disc will stand 172 feet tall when complete. It's a pretty quick installation once the ride itself is on location and the site prepared. 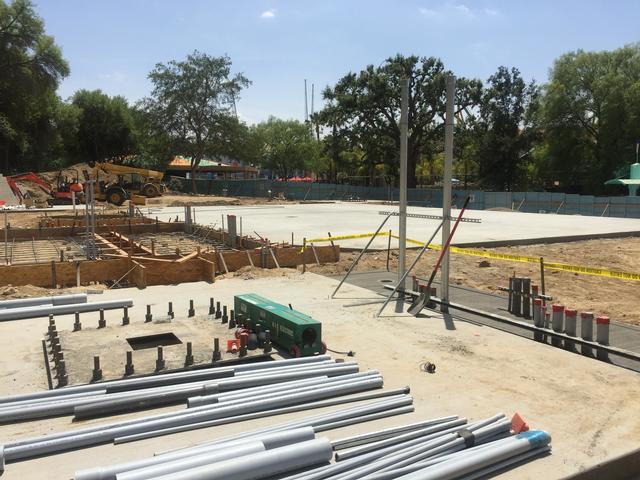 And that's what Six Flags has been working on since it announced the new ride last year. Magic Mountain crews showed off the four footers that have been poured to support the ride structure — concrete anchors that extend 30 feet into the Earth. 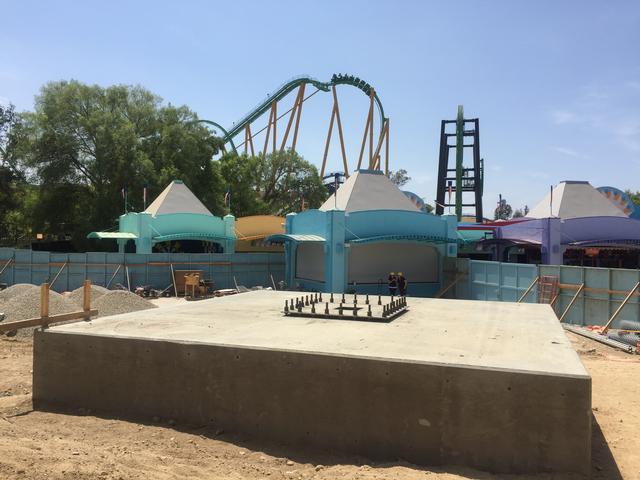 Riders will board the pendulum disc on the central platform, which also is now complete. The next steps are to build the queue structure and... oh yes, to install that ride.

From the manufacturer, here is a look at a smaller version of the ride, in action:

Six Flags Magic Mountain also showed off other changes to the rebranded Boardwalk section of the park, located next to Metropolis and last summer's Justice League ride. Six Flags has refurbished and opened up the bumper cars building, renaming the attraction Jammin' Bumpers. That ride will feature all-new cars, as well. 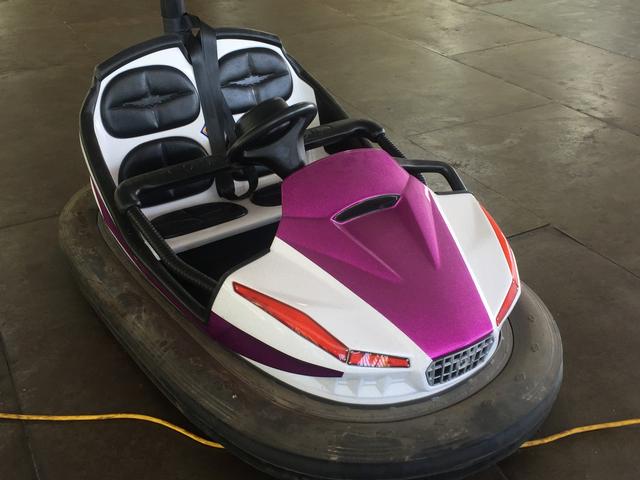 And the Scrambler ride next door has been repainted and soon will be getting a shade structure before it reopens. 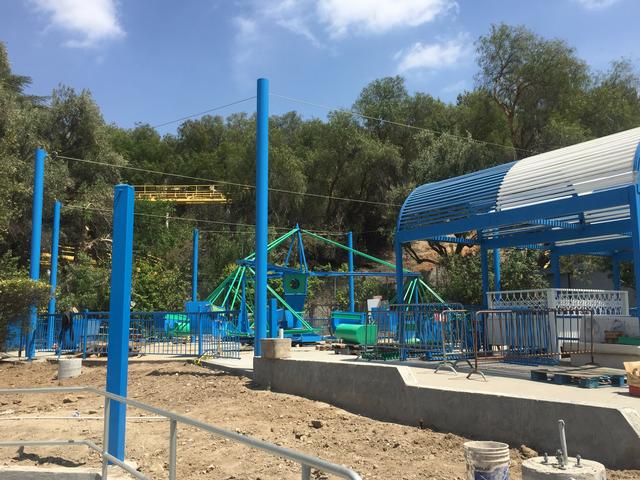 No specific opening dates for anything yet. Just "summer." Stay tuned.