The latest installment of Universal Studios' top franchise hits theaters this weekend, and Universal's theme parks are marking the debut with events and offerings in Orlando and Hollywood.

Blue is now appearing in the Raptor Encounter attraction at both Universal Studios Hollywood and Islands of Adventure at Universal Orlando. In addition, Universal Orlando has added Jurassic World-themed suites at the Loews Royal Pacific Hotel for the summer, complete with Isla Nublar wallpaper and gyrosphere-styled beds. 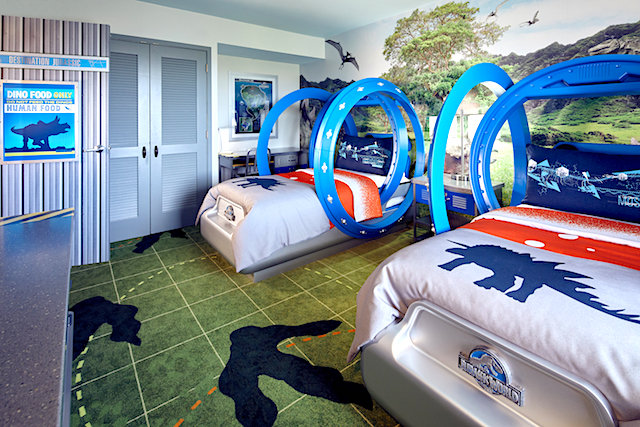 Both Orlando and Hollywood will be hosting kick-off events for Jurassic World: Fallen Kingdom tomorrow night in their CityWalk theaters, with Blue and a baby Triceratops hosting fans in Orlando and a 13-foot Tyrannosaurus rex greeting people in Hollywood. And if you want to be the one doing the eating instead of getting eaten, the Voodoo Doughnuts on both coasts will be offering special Jurassic World-inspired Raptor claw doughnuts, through July 7. 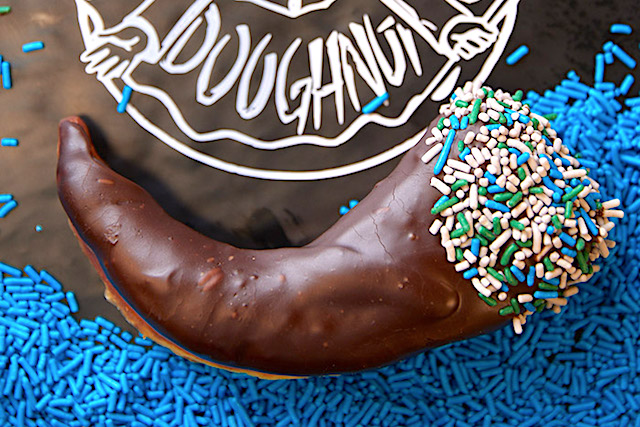 Of course, the big new add won't come until next year, when Jurassic Park - The Ride becomes a newly-rethemed Jurassic World Ride at Universal Studios Hollywood. In the meantime, here are the rest of Universal's Jurassic-themed attractions: