Six Flags Magic Mountain celebrates the Fourth with a feast

June 29, 2018, 11:43 AM · Six Flags Magic Mountain is gearing up to celebrate this upcoming Fourth of July weekend with an extravagant five-day celebration, complete with patriotic entertainment and activities, fireworks, and an All-American Food Festival. From June 30 through July 4, between 12pm - 8pm, park goers will be able to feast on an entirely new assortment of foods and beverages which will be available exclusively during this July 4th Fest, so get your hands on some of this tasty grub while you can!

The highlight of this new menu is definitely the Pepper Jack Mac & Cheese. This creamy mac is mixed with diced peppers and onion, and comes laid on a bed of crunchy golden tater tots. It is warm and gooey, crunchy, and full of flavor. (All items are $8 a la carte) 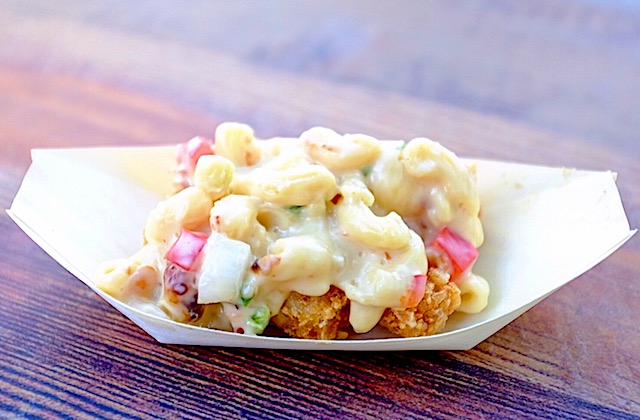 The Hard Cider Wings come drenched in an apple cider sauce that smells like Autumn and tastes just like homemade apple cider. This sweet sauce pairs well with the savory chicken and makes for quite an unusual (but tasty) chicken wing. 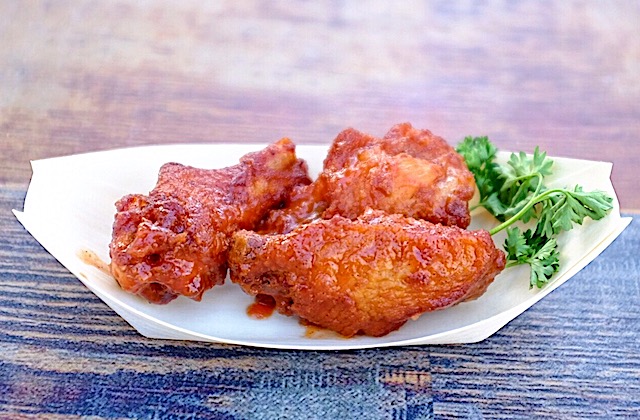 For the vegans and vegetarians out there, the Teriyaki Pineapple Slider is a tasty addition to this predominantly meat focused menu. The slider consists of a meatless patty nestled between pineapple slices, topped with lettuce and teriyaki sauce. 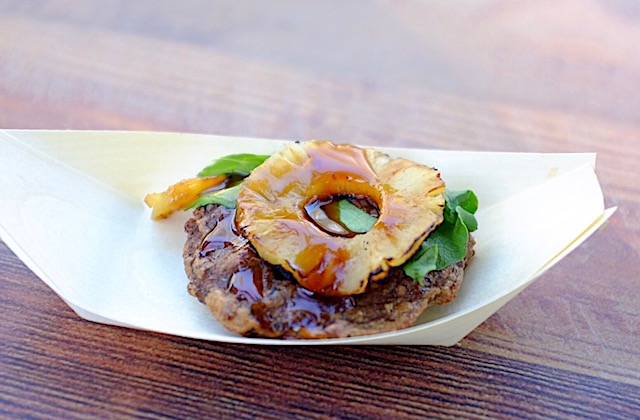 Don’t forget about dessert! The Red, White and Blue Junior Thrill Shake is adorned with a chocolate covered strawberry, and rimmed with gooey frosting and blueberries. The vanilla shake is mixed with a berry medley and is both yummy and ornately patriotic, the perfect treat for a hot 4th of July weekend. 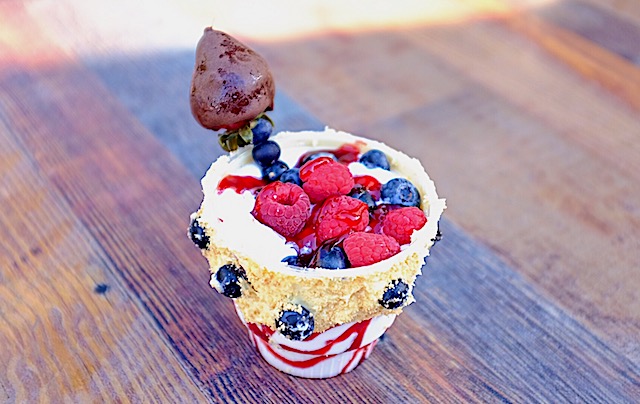 Stop by Six Flags Magic Mountain this weekend to check out this extensive All-American Food Festival menu, enjoy some live music, view fireworks and a laser show, and even get Early Ride Times on some of your favorite coasters when you bring any can of a Coca-Cola product. This is Six Flags’ biggest July 4th Fest ever, so expect a weekend packed with family thrills and tasty treats!

Six Flags appears to be doing similar festivals throughout the chain. I hope those aren't the portion sizes you get for $8.

I'm not sure if they're doing it at SFMM, but SFA is selling packages that include tickets for the food along with a refillable drink cup (different than the standard daily or full-season cups) that also gets you ERT and access to an after-hours foam party and other perks ($60 for 12 samples and the bottle)

Pretty certain these were sampling sizes for the media photo op/tasting event. There’s a card/cup deal at SFMM, too.

Toy Story Land is Imagineering's first land about itself