December 11, 2018, 1:23 PM · It looks like the new The Tropical Hideaway restaurant in Disneyland's Adventureland should be opening any day now.

Disney is sharing a first look at the new quick-service restaurant, which replaces the former Aladdin's Oasis in the space between The Enchanted Tiki Room and the Jungle Cruise dock. 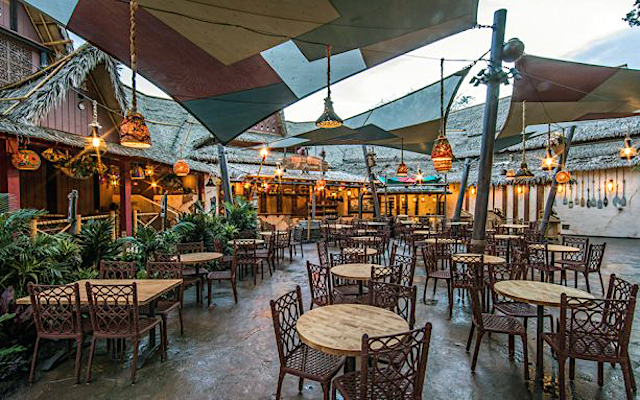 Disney is making good thematic use of that space, including entrances to the adjoining Tiki Room for the "Bird Mobile" birds that perform within. 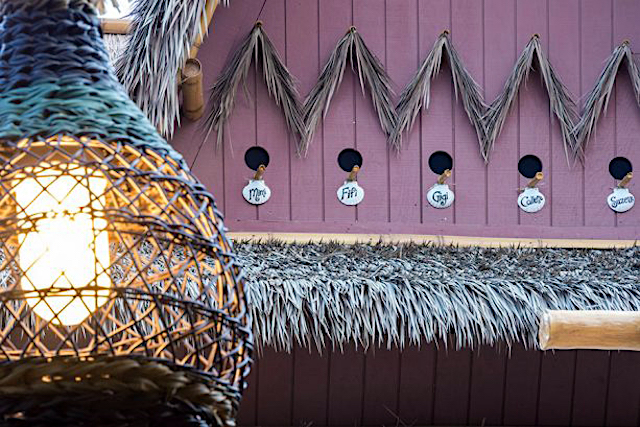 And, as promised, the Tiki Room's long "missing" Rosita shows up in the Hideaway, waiting alongside the Jungle Cruise dock for her boat to arrive. 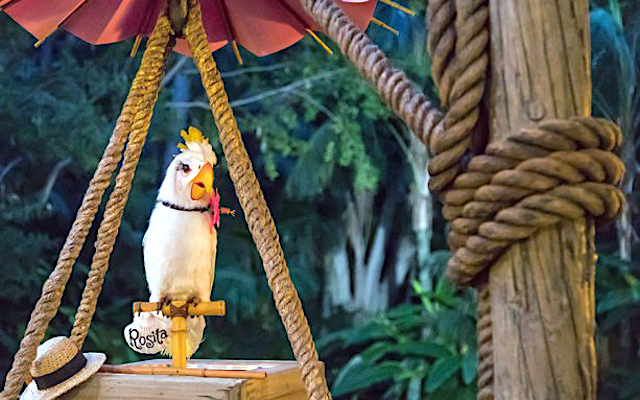 As a West Coaster I've got to say I'm excited about trying the Pineapple Lumpia without having to pay a couple thousand dollars. Not entirely certain about the encroachment upon Jungle Cruise sight lines, but am trying to reserve judgement.