Appropriate to its space between the Enchanted Tiki Room and the Jungle Cruise, The Tropical Hideaway reflects a thematic mashup of the two attractions and a much better use of this space than the long-neglected Aladdin's Oasis. 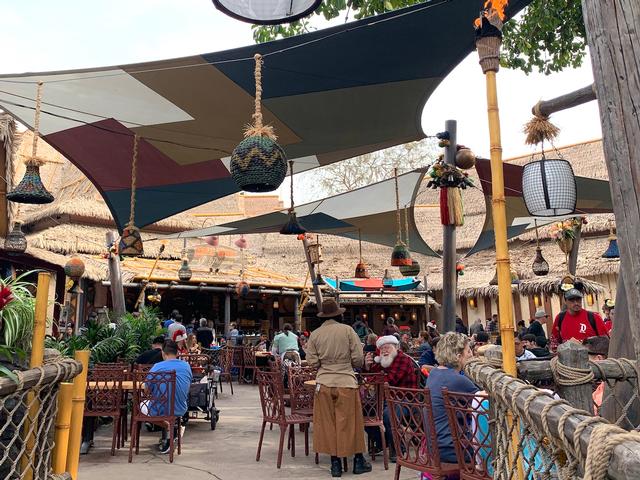 I will have more to say about the theming of The Tropical Hideaway this weekend. For now, let's consider the food. This is no Skipper Canteen — the sit-down, table-service Jungle Cruise-themed restaurant that stands next to that attraction at Walt Disney World's Magic Kingdom. The Tropical Hideaway just offers a couple of walk-up stands, with check-out registers beyond. The small menu is Asian-inspired, featuring three Chinese Bao and a Filipino Lumpia, joined by a chilled Ramen salad in a shaker cup. 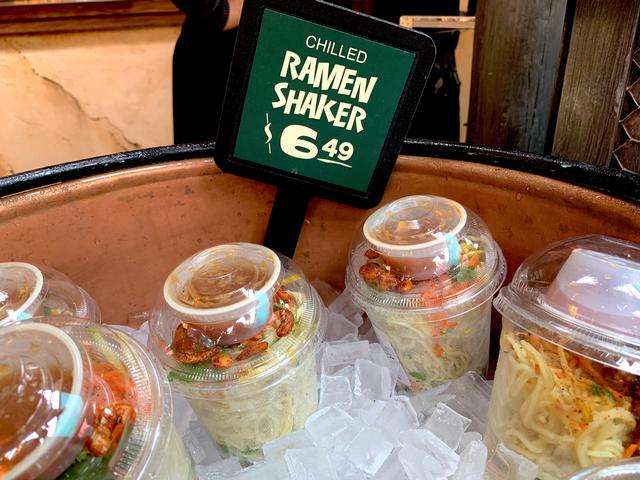 I tried all three Bao, a Spiced Vegetable, a Lime Chicken, and a Bulgogi Beef. 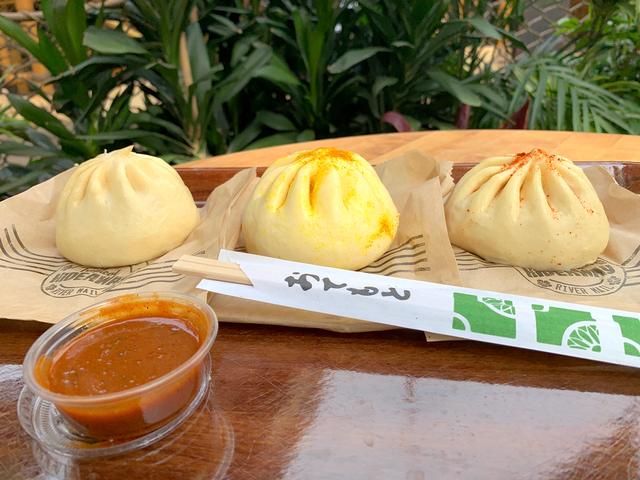 Each was a decent size, but at $5.99 each, the price is ridiculous for what you get. To my taste, the veggie wins with a nice kick of curry flavor. The beef tasted like a basic beef stew in a bun — not bad, but not as tasty as the veg. The accompanying hot sauce added heat, but no discernible flavor. I missed the lime in the chicken Bao entirely, which was pretty much tasteless.

So, on to the desserts. If you have decided that what you really need in your life is a combination of a churro and an egg roll, The Tropical Hideaway will hook you up. 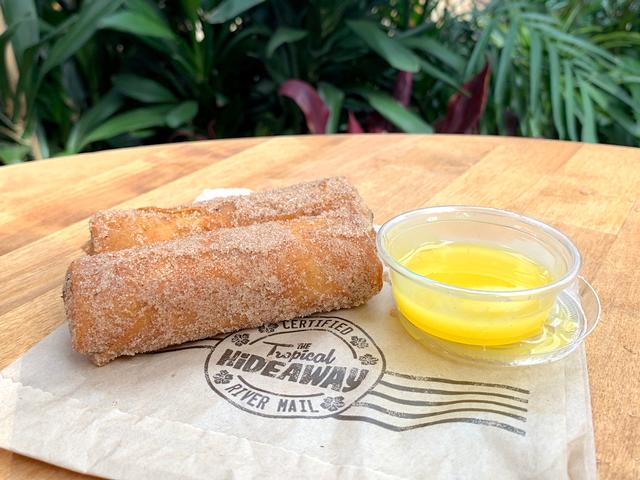 The Lumpia ($6.99) is filled with cream cheese, which, frankly, doesn't bring much to the party here. The accompanying pineapple dip might have helped, but its timid flavor just gets lost next to the King of the Hideaway... 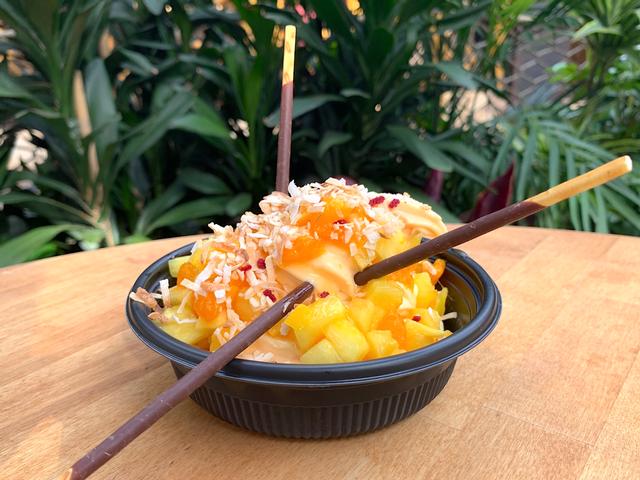 Behold, the Loaded Whip ($7.99). An Pineapple-Orange "Dole Whip" swirl, topped with diced pineapple, oranges, and flaked coconut — with three Pocky as a garnish — this is the signature item at The Tropical Hideaway. Cast members even ring a gong each time one is ordered.

It deserves the honor, too, as the addition of the fruit elevates the Dole Whip into one of the more rewarding treats available at the Disneyland Resort — one that finally achieves the goal of tasting as good as it looks.

$6 for a single Bao? That has to be one of the biggest rip-offs in theme park dining history - right up there with a $5 Mickey Bar and $7 Mickey Pretzel. Unless you buy 3 Bao, you don't even get a Mickey head to go along with your rodent-aided wallet lightening.

BTW, good to see Santa has time and money to spare to hang out in the new digs ;)

All aboard the 2019 Hype Train for Six Flags' Racers