January 7, 2019, 12:50 PM · The Disneyland Paris Resort has begun the transformation of one of its hotels into Disney's first-ever Marvel-themed hotel. 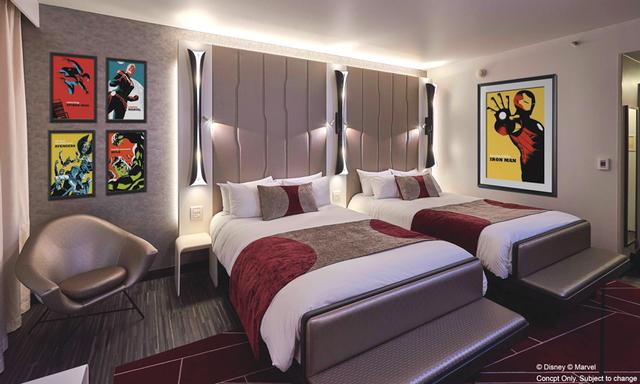 The "Art" in the name of the new hotel is not superfluous. From the resort's press release,

Limited editions will adorn the walls of rooms and suites. Bold pieces on display in public areas will showcase the diverse wealth of art from the Marvel universe: comic art, film, design, sculpture, costume... all displayed in the style of a contemporary New York art gallery. Pieces will include comic book covers, posters, concept art from films, storyboards, production design, props, original sketches, media, and more.

In addition to the public art, Disney is commissioning Marvel artists to create new pieces to decorate the eight suites, which will be themed to Marvel super heroes.

"It is a new chapter, marked by unforgettable memories, both for our guests who stayed there and for all our Cast Members who worked there," Martina Sardelli, Vice President Operations Hotels & Disney Village, said today. "Disneyland Paris always keeps moving forward, to be at the forefront and exceed expectations. It is precisely this taste for innovation and this avant-garde spirit that we celebrate today." 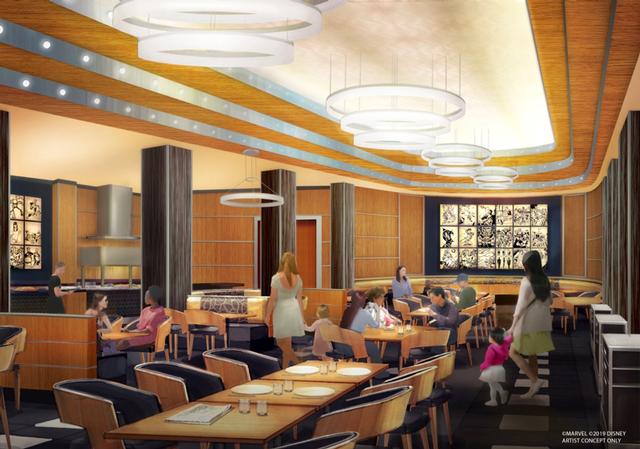 The renovation is one of several enhancements underway at the resort, which is spending €2 billion (US$2.23 billion) on the upgrades, which include new Marvel-themed attractions in the Walt Disney Studios Park.

Reviews and planning tips for Disney theme parks and hotels

Hanging some artwork on the wall hardly makes it Marvel themed.

Absolutely, but the Drones will still pay a 10% premium for it.

Well some years ago there was this little scandal that prices for the hotels differed depending on from which country in Europe you booked. Germans paid premium price compared to others.
I have stayed in Sequoa Lodge and Hotel Cheyenne but I don't think the price difference was justified. Especially breakfast was a challenge because of overcrowding.

If you want to see how dilapidated the hotel currently is, scroll down on this page:
http://www.dlpwelcome.com/closure-hotel-new-york/

Universal Studios Florida closes one of its last original locations

Disneyland raises prices on its tickets and annual passes