Opening in spring 2020, Legoland Florida's five-story Pirate Island Hotel will offer 150 themed rooms, a pirate-themed restaurant, and a pool - all located near the park's entrance. 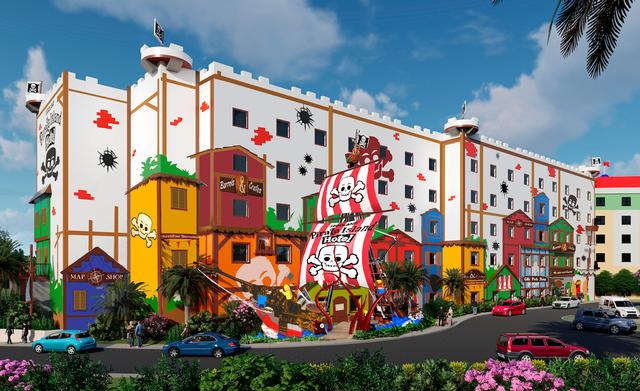 I love that the concept art for the hotel exterior shows a shop called "Barrels and Crates." Very punny, in Legoland style.

"Due to the success of our existing accommodations, we realized a third hotel was needed to keep up with our high consumer demand," LEGOLAND Florida Resort Hotels Director Kevin Carr said. "Veteran guests and excited newcomers alike shared their opinions [about a new theme,] and LEGO Pirate was the overwhelming favorite." 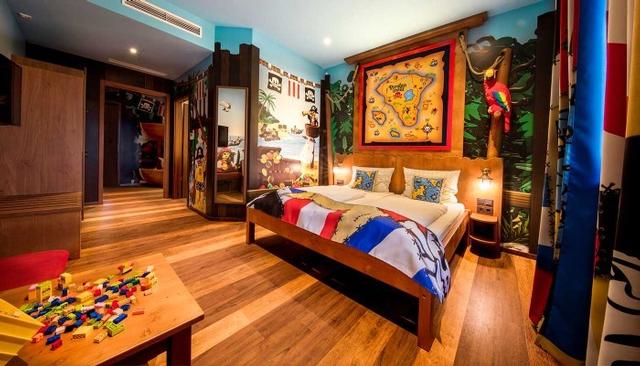 Pirate Island Hotel joins Legoland Florida's existing properties, the Legoland Hotel and the Legoland Beach Retreat. Reservations for the new hotel are not yet available.

How wonderful is this?
I remember feeling very concerned ahead of the 2011 opening of LEGOLAND Florida. Like many, I wondered how the park would be able to make a success of itself. LEGO is a major player in the toy business, and the parks were successful on their own level around the world, but how could a relatively small park with a super finely focused audience survive so close to the mega theme park resort destinations in Orlando?
Well, I'd say they are doing great.
Congratulations to LEGOLAND Florida on achieving yet another milestone and proving you can play with the big kids in their own backyards.

Wasn't the concern that Legoland was too far away from the other parks? But it's great that Legoland is doing so well, it's definitely a quality experience geared to the younger kids.

What is the world's best theme park show?

Universal Studios kicks off its annual Manga event in Japan