Jessie's Critter Carousel to open next month on Pixar Pier

March 1, 2019, 1:17 PM · Disneyland is moving one step closer to the completion of Pixar Pier at Disney California Adventure. The resort announced today that Jessie's Critter Carousel will open next month.

The reimagined land opened last June, but a few pieces of the land were not yet ready, including the rethemed King Triton's Carousel of the Sea, which Disney was switching from its The Little Mermaid theme to Toy Story, to fit with the former Paradise Pier's new Pixar theme. 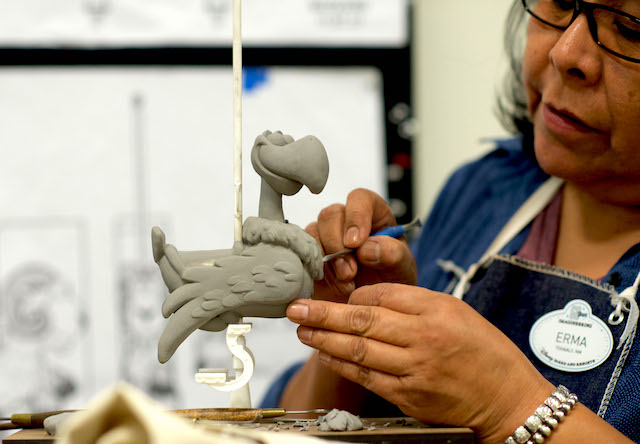 A Disney Imagineer sculpts a maquette of one of the nine "Critters" on Jessie's carousel. Story 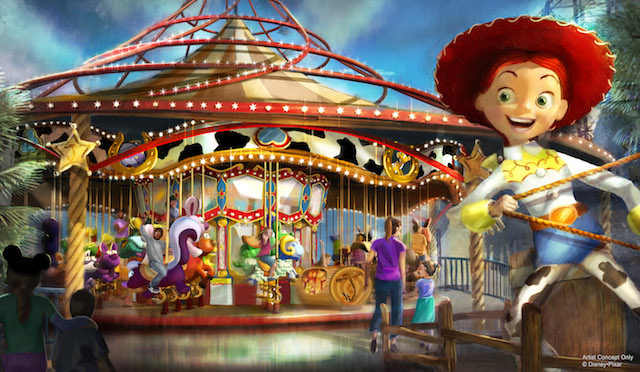 There's no specific opening date yet, just that the ride will open early in April. The final piece of Pixar Pier yet to come its the Inside Out Emotional Whirlwind attraction. That will be the old Flik's Flyers spinner ride from A Bug's Land, redecorated and installed on the site of the long-removed Maliboomer ride next to the Incredicoaster track.

Yawn, if they delayed this to draw crowds away from Galaxy's Edge this summer, well, didn't work. The whole Pixar Pier (except for maybe Lamplight Lounge) just screams cheap overlay. You take what is already a cheap concept, a carny boardwalk, and make it cheaper with cheap overlays. They should have gone the classic and classy route of boardwalks in their heyday of the turn of century. The Pixar Pier concept, like Paradise Pier before it, feels like the boardwalks in the 70s, when they were in decline. But Disney thinks it has to appeal to today's generation with current IPs.

Disney World brings a bit of Bollywood to Animal Kingdom