March 6, 2019, 2:48 PM · Swedish theme park Liseberg has announced plans to build its first dark ride in more than 40 years. Underland will open in 2020 in the park's Kaninlandet (the Rabbit Land) on the site of the old Children's Theatre. It will be the 14th attraction in the children's land and part of a US$21.5 million improvement of the land.

"With the introduction of Valkyria in 2018, we had to remove an old children's dark ride, Sagoslottet (the fairytale castle)," Liseberg President and CEO Andreas Andersen said. "We promised our guests that we would replace this with something bigger and better. That's what we are doing now. With the new dark ride Underland we will set new standards for this type of experience in Sweden." 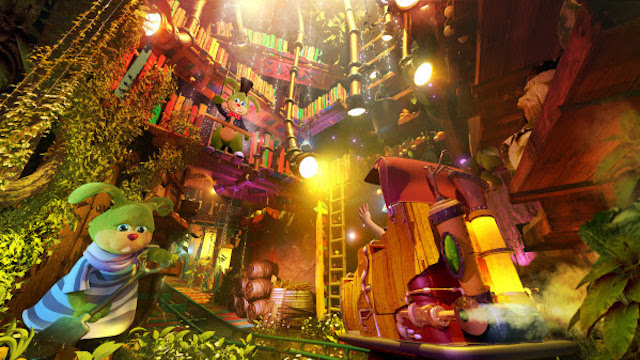 "Since the Rabbit Land was built in 2013, our guests have got to know the characters above ground. What the rabbits have done underground have been a secret – until now," says Creative Director David Schofield said.

The US$16.1 million new ride will built by Italy's Gosetto SRL, with concept work by Liseberg and Britain's Quarry Fold Studio. Theming will be by The Netherlands' P&P Projects and animatronics from Lifeformations. The travel time will be three minutes and 20 seconds, with a capacity of 850 riders per hour.

Located in Gothenburg, Liseberg is the seventh most visited theme park in Europe, according to the TEA/AECOM Theme Index report, with more than three million visitors a year.

New Sesame Street land to open in Orlando this month