New Sesame Street land to open in Orlando this month

The new land replaces the Shamu's Happy Harbor children's land at SeaWorld Orlando. "With over 30 new ways to play and an award-winning parade, this is an attraction that guests of all ages are going to love," SeaWorld Orlando President Mark Pauls said.

Sesame Street is celebrating its 50th anniversary in 2019 and this might be its highest-profile theme park attraction to date in the United States. Unlike other Sesame Street lands in SeaWorld and Busch Gardens parks, the Orlando installation will recreate Sesame Street itself, from the long-running children's television show. Families can sit on the steps of 123 Sesame Street for a photo opp, go shopping inside Hooper's Store, or enjoy some of the themed kiddie rides in the land. 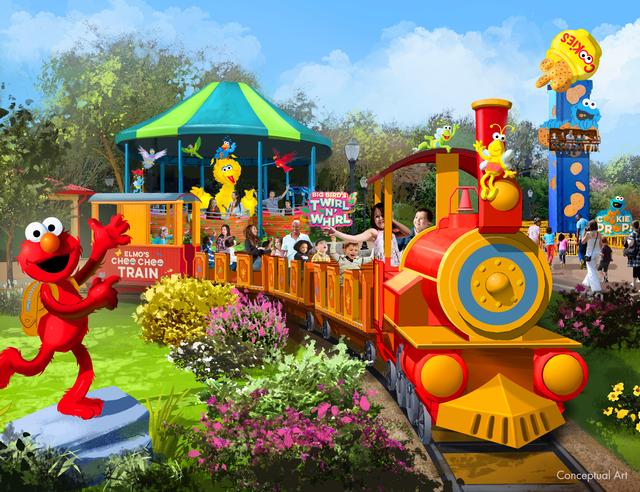 New and rethemed attractions include:

The new land also will become the home for the Orlando park's first daily parade, the Sesame Street Party Parade. 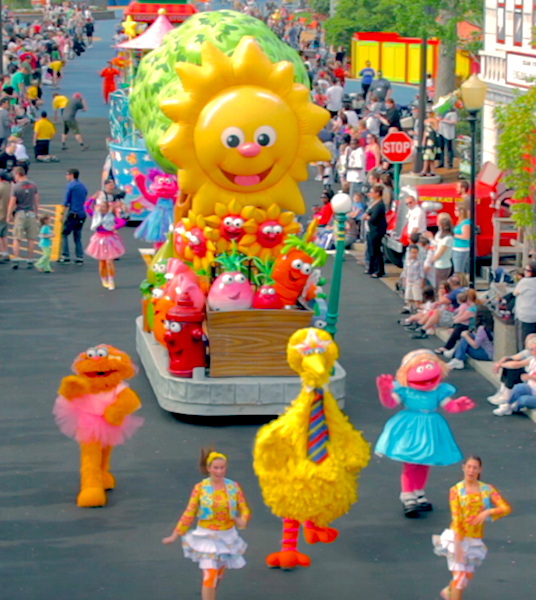 If the March 27 opening date sounds familiar, that's because Legoland Florida previously announced that is opening The Lego Movie World on the same day.

My family is pretty excited to check this place out. My wife and I grew up wishing we could go to Sesame Street and never in my life did I think I would get to take my kids there. I hope they are able to keep this location the positive, diverse, and inclusive place we see on TV.

It's opening this month, and there is only concept art to view? Does anyone have construction photos?

I think this is an awesome step for the park, especially if they go high quality with the building materials, or at least the facades. If the quality, look, and scale are of a high standard, then I think Sea World Orlando may be on to something, and I'd be happy to go check it out.

I suppose nobody really goes to Sea World, so that would explain why there are no on-site photos.

Sounds great. That having been said, it's rather disappointing that the ride portion of this is mostly reusing old rides from Happy Harbor. The existing rides were mostly small, low capacity attractions and they are extremely uncomfortable to ride. I'm a rather small and skinny guy and even I feel uncomfortable in them. What they really should have done is gone with larger flat rides that the whole family can enjoy. At Sea World, so many of the rides are roller coasters and there's not much to do between showtimes. It would be nice for families to enjoy rides together like the attractions at Disney parks instead of being a passive spectator and watching your kids ride.

If Sesame Place is any guide as to the finish quality and accuracy of this new land, then theme park fans should be pleased. The Langhorne, PA park does a really good job recreating the look and feel of Sesame Street without feeling like you're walking on a TV set.

My one problem with this addition is that it only attracts a very small segment of guests (families with 0-5 year olds), and may alienate families with slightly older kids that have aged out of the IP. There's a very quick change in attitude from kids that will love the franchise one week, but completely despise it (and never want to be associated with it again) the next. Disney has similar issues with some of their characters too (like Pooh), but it's almost like a light switch with kids' attitudes towards Sesame Street, Sea World could use another kids IP that can bridge the gap between the pre-schoolers and the older kids that want to ride the big rides.

@Gabriel - There are plenty of people that go to Sea World, and the park has seen a notable upturn in its fortunes over the past year or so. There have been a couple of construction tours, with the most recent from a little over a month ago...http://www.screamscape.com/html/seaworld_florida.htm#Sesame...All of the rides were rethemes of existing rides or off-the-shelf, so there's not a lot of construction progress to detail.

I went to Seaworld tonight and I can assure Gabriel there were plenty of people in the park .. !! As Russell alluded to, they have been on an ever increasing uptick with attendance and revenue for the past couple of years. Maybe you should take time and visit before making statements like no one really goes to Seaworld ??

The peripheral rides are all still in place, they’ve just been rethemed to Sesame Street. The trains on Shamu express were excruciating for adults, so I hope the Grover ones will be better to ride. My friend’s granddaughter will make sure I will be trying them out soon after the area opens !

The large kids climbing area has gone, and it’s been replaced by a better kids water play area and a new building where the Elmo shows are.

The ground area looked still a ways from completion, but as best we could see from the Shamu stadium walkway everything else looks ready to go. Looking forward to seeing the parade, something different for SWO.

Used to be a parade of Clydesdales every afternoon that helped steer the drunks back towards the old hospitality house in the Busch Entertainment pre-InBev days:) Now that the free beer is back with multiple festivals, guess that's a big difference for parents deciding whether to take small kids to Sesame Street at SeaWorld Orlando versus schlep through Polk County to take them to LEGOLAND Florida's LEGO Movie World when both open March 27!;)

@Makorider The worst part of Shamu Express is the bump in the middle of the seat. I call that one The Babykiller. Watch your delicates.

Like @RumbleMike says "My wife and I grew up wishing we could go to Sesame Street" … but kids under the age of 15 don't know much or even care about Sesame Street. Geez, Sesame Street was even moved to HBO several years back. A pay TV channel were it has far less relevance than it did when it was on PBS. This is about cashing in on nostalgia for the 25+ y/o parents bringing their kids to SeaWorld. Oh, and "we have something new for 2019, too."

I was there this past Saturday night, 3/2. Perfect weather during the Food and Wine Festival with a headline concert. Attendance was low IMO, nowhere near what you would expect for a Saturday during Spring Break with perfect weather. Mako, Kraken and Manta ... I literally walked right on after the concert ended. SW's troubles ARE NOT behind them!

@Jeremygary .... I don't think anyone is saying that SWE's problems are behind them, they still have a long way to go, but the signs are good, and I hope the continued trend of people visiting the parks continues.

The last hour of park opening is one of the best times to get extended ride time on the coasters. Mainly because they are still running 2 trains, and that helps thru-put of the ever decreasing amount of people in the park. I often go in around 6/6:30 at weekends and ride Mako till they kick us off.

As for the age groups visiting Sesame Street .... my friend's granddaughter is 11yrs old, and she loves the kiddie coasters. She's over Elmo et al, but likes the rides.

Not sure you could call the Clydesdales a parade as such, but it was a magnificent sight to see them pulling the cart, with the dalmatian along for the ride. Sure do miss those big old horses.

Older kids not wanting to spend time at Sesame Street is probably better for the area. Families with young kids will appreciate it being less crowded.
Tweens and teens would rather be on those roller coasters anyways so I think it works.

It's been years since I've really explored Sea World so I guess I better find the free bee... explore what else there is to offer!