More Disney characters are getting the Lego treatment

March 20, 2019, 9:00 AM · If you liked the Steamboat Willie set that Lego announced earlier this week, there are more Disney-themed Legos on the way. Lego this morning unveiled 18 Disney-themed minifigs that it will make available later this spring.

In addition to the previously announced Steamboat Willie Mickey and Minnie that were part of that set, the new Disney-themed Lego minifigs will include: 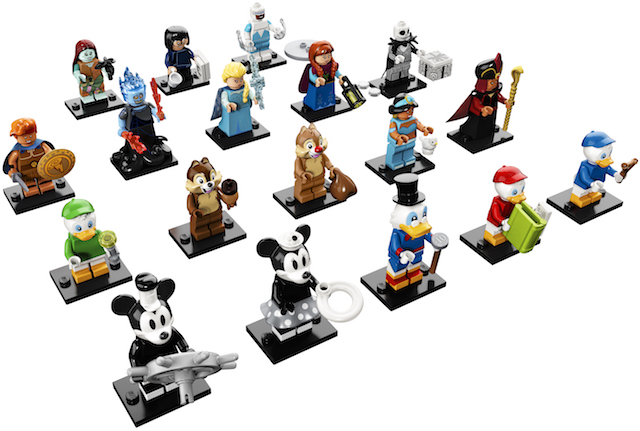 The new minifigs go on sale May 1 and will cost $3.99 each. They will be available in Lego stores and online at shop.lego.com.

An Edna Mode minifig... seriously? Count me in on that.

If you’ve ever wondered what one of Disney's princesses might look like standing next to Batman or Harry Potter, now's your chance to find out. LEGO has created minifigures of 18 characters from beloved Disney movies, and they’re a pretty diverse bunch.

As Mrs Plum has been known to pass for Edna according to our grandson then I think I will be investing.

Time for another round of musical chairs among theme park CEOs