Timed tickets for the exhibit must be bought in advance and are available now on the Disneyland website. They cost $30 per person for Mondays through Thursdays before 4pm and $38 per person for all other times. (Tickets are not required for ages 3 and under.) The exhibit is open 10am to 9pm daily, starting April 26. Disney has not yet announced an end date, but says that the exhibit will run for a limited time.

The exhibit is in the old ESPNZone space in Downtown Disney, so no theme park admission is required. Tickets to the exhibit also include five hours of free parking in the adjacent Downtown Disney lot.

Disneyland today also released a couple more concept images of the photo opps that will be included in the experience. The whole thing takes about one and a half hours to go through, Disney said, and traces Mickey's career from his black-and-white beginning through his role as Disney's ultimate theme park ambassador today. 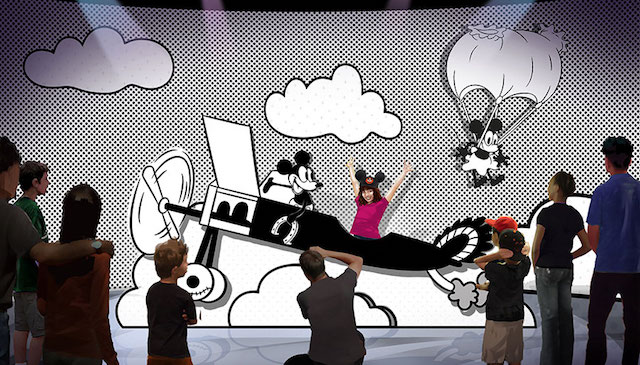 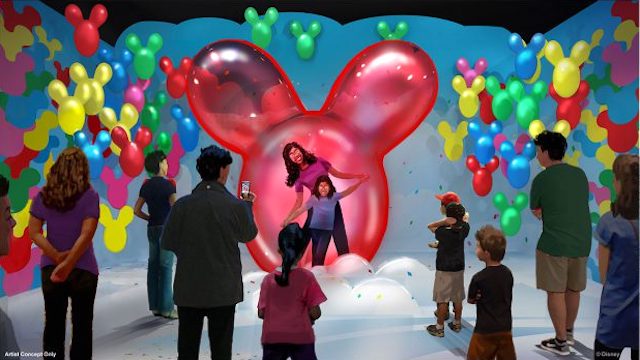 Note that selfie sticks are not allowed inside the Downtown Disney security area, and Disney will not be allowing tripods inside the exhibit, either.

So, up to $38 bucks a head to take photos with props and cutouts? For people looking for something that makes their photos stand out to the algorithms that dictate what your friends will or will not see on Instagram or Facebook, the price might be worth the extra visibility. After all, limited time photo opps have been helping drive sales to Disney's after-hours, hard-ticket parties for years.

Disneyland is planning a Mickey Mouse museum for Instagram fans

This is a cool concept for the instragram age we live in but the price is ridiculous! I really hope this fails to draw the crowds that Disney would hope just to give them a “gut check”. Does this even include any photo package, fee prints/digital downloads from a professional photographer, or dessert party? Sadly the die hard Disney fanatics will probably queue up for hours and shell out whatever price they want. I’m pretty sure with minimal software you could photoshop yourself into any Disney theme and save your money!

Wondering at what point Disney is declared an official religion, gains tax free status, and titles its CEO "The Bishop of Burbank" since they certainly mastered getting believers to throw money at the collection plate. Have the devoted followers of The Mouse face Marceline as they share their selfies with holy offerings of churros and Dole Whip... as thousands of sacrificial Foxes are banished from Century City.

I guess Disney needs the money and the people who have no self esteem and pay the entrance fee don't. I guess it will be a success and the fans get the Disney they deserve.

At some point the Drones' wallets will be empty, right?

At that price I’d expect them to take my photos, put them online and include a couple of printed ones in the price.

A Mickey Celebration - Isn't that another term for drinks with Bill Cosby?

"Tickets must be purchased in advance and are not available at the venue". Why do I have a feeling this is nothing more than an exclusive swag event for Disney fan sites?

I'm so Disney I have the exclusive "Snack options at the pop-up’s merchandise area, including a Mickey-themed popcorn bucket"

When is this bubble going to burst?