Tokyo DisneySea reveals the name, new art for its expansion

May 20, 2019, 9:54 PM · The Oriental Land Company, which owns and operates the Tokyo Disney Resort, today announced the name of the newest "port" in Tokyo DisneySea — Fantasy Springs.

Oriental Land announced the project last year. At a reported cost of 250 billion yen, this will be the largest expansion yet at either of the two Tokyo Disney theme parks. The new "port" (as DisneySea's "lands" are called) will be located on what is now a parking lot behind the Arabian Coast and Lost River Delta ports and will include four new attractions, three restaurants, and a shop, themed to the Disney films Frozen, Tangled, and Peter Pan. 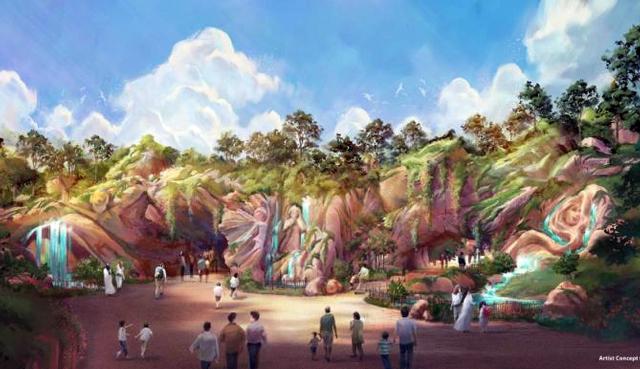 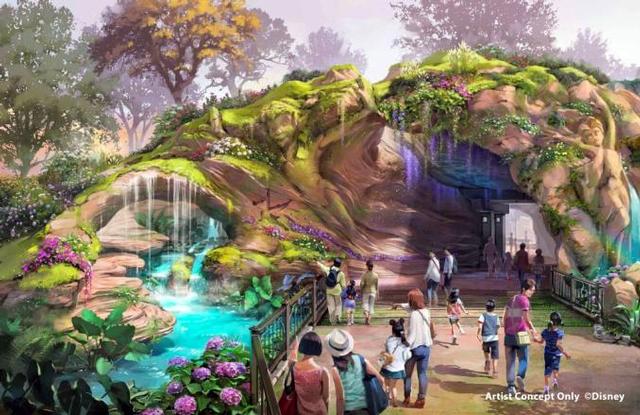 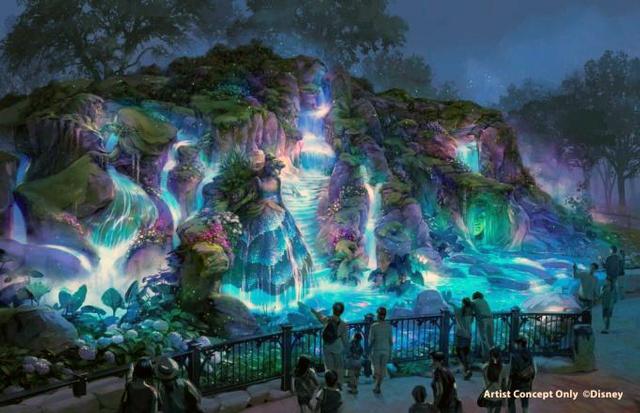 Fantasy Springs is slated to open sometime between April 1, 2022 and March 31, 2023. Other projects currently under development at the Tokyo Disney Resort include:

Fantasy Springs looks great though I wonder how much impact Frozen, Tangled and Peter Pan will have in fiscal 2022 especially compared to all the intellectual properties under Disney's control. Also wonder how these three very different fictional worlds are meant to interact in the same themed port. I wonder, though I do not worry since Oriental Land Co has been making the right decisions with Disney for Tokyo Disney Resort for over three and a half decades....;) Also one more wonder: the original announcement last summer showed off a new on site resort hotel as part of this new themed port that included a wing intended for the most deluxe guestrooms for Tokyo Disney Resort- is this hotel to share that Fantasy Springs name as well?

If I start saving now I should have enough in three years, right?

In all seriousness, difficult to see how this doesn't instantly become the greatest themed land in the world between the strength of the IPs, the capital behind it, and the track record of OLC. Seamless theming blend too, fits perfectly into the park's overall aesthetic of the power and grace of water while also hitting the cool concept of "what if we could make Fantasyland with technology that's 75 years more advanced?" Can't wait to see more.

At night the artwork looks more Avatar than Avatar Land at AK.

Love the Peter Pan with Tinkerbell, Ana, Elsa and Rapunzel figures etched in the rock work of the waterfalls! In the last rendering, etchings of Cinderella, Sleeping Beauty (dancing with Prince Charming) and the Magic Mirror (from Snow White) are also represented. Just another example of how well TDR plusses and always one ups the other Disney resorts.

Looks good can't wait to hear about the attractions as TDS always goes all out with amazing stuff.

I have to say I love that they are not going the same route as the rest of the industry right now by building a single IP land. Fantasy Port is the sea version of Fantasyland. A place where multiple stories of the same genre come together. I'd started to wonder if we'd ever see a generic theme land built again. This answers that question with a big yes.

You mean theyre not cramming a massive Star Wars Land where it doesnt belong? How refreshing!

Great news for TDR. It just keeps getting better. If you're an amusement park fan and you haven't visited TDR yet, you should definitely make it happen. I wish I could visit Tokyo DisneySea for the first time again...

C'mon, Daniel! TDS could build a Star Wars Land based on the underwater cities of Naboo and have castmembers attired like Gungans! They could even have shops loaded with Jar-Jar Binks merchandise! It would be the best Star Wars Land ever! ;)