Let's slide into some tasty waves at Busch Gardens Williamsburg

May 25, 2019, 12:15 PM · Theme Park Insider usually doesn’t cover water parks, especially regional ones not operated by Disney or Universal. However, some regional water parks have begun to install attractions that are growing in complexity and use terms and technology similar to theme park attractions, I’m not going to delve into the definition of a roller coaster (Water Country’s newest ride is even less of a roller coaster than Krakatau at Volcano Bay), but the level of investment and high-tech nature of these new attractions are worthy of some attention, even if you don’t regularly slip on your bathing suit for a day at your local water park. 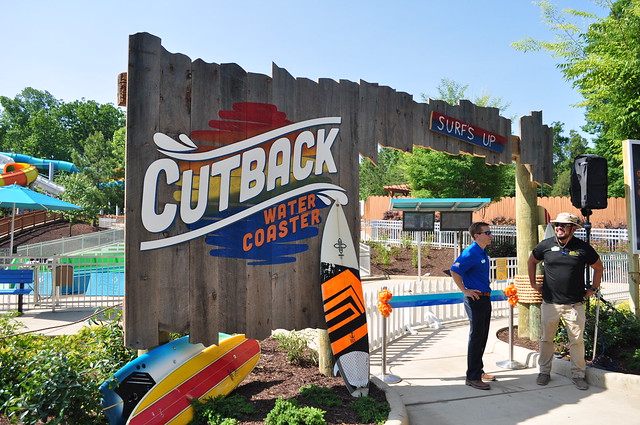 Cutback Water Coaster at Busch Gardens Williamsburg's Water Country USA is a RocketBLAST installation from Pro-Slide (which also designed the park’s Colossal Curl water slide) that is similar to Crush ‘N Gusher at Typhoon Lagoon and Master Blaster at Schlitterbahn. It fits snuggly into the exact same spot in the park where Meltdown formerly stood, even repurposing the raft conveyor, starting tower, and splashdown pool. However, the experience compared to the gravity-driven Meltdown is dramatically different. 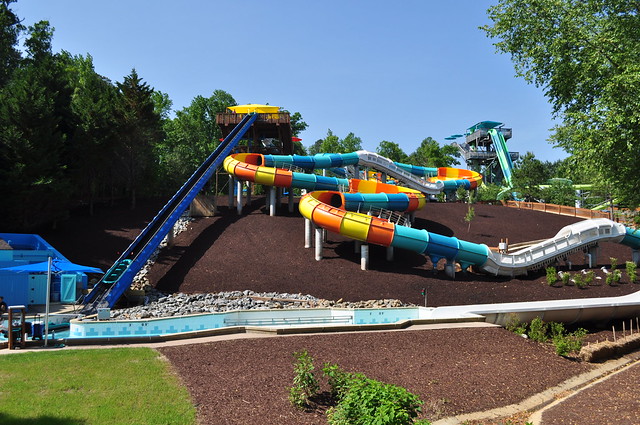 The biggest change guests will notice are the saucer turns where rafts zip around the edges before speeding into the next tunnel section. 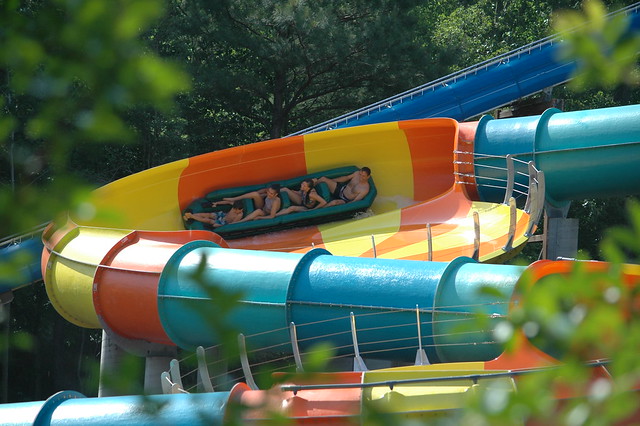 The other big change is the white launch tubes, which propel rafts through short uphill segments allowing for a longer ride and higher overall top speed. Cutback uses 4-person toboggan-style rafts that are pushed to speeds of 35 feet per second (23 mph) along an 856-foot-long course. Much of the experience is pretty similar to other water slides that utilize toboggan-style rafts, but the saucer turns and lunch tunnels really distinguish it. I would say that while not as fast as Krakatau, it is a slightly better experience. It is certainly is wetter with guests guaranteed to get drenched from the water jets at the top of each launch tunnel and some good splashes in the saucer turns. Let’s take a ride...

While visiting the Williamsburg area for the debut of Cutback Water Coaster, I decided to spend the afternoon at neighboring Busch Gardens to check out this year’s Food and Wine Festival. The tried and true concept with some tweaks here and there, and new dishes added to the now 19 kiosks scattered around the park. Guests can pay for each item individually, or purchase 10 or 15 sampler pass as in previous years. However, if I were to distill the changes from last year’s offerings, I would say that mixed drinks are featured far more prominently. In fact, five of the 19 kiosks serve only drinks and no food. The park has also included pairing suggestions at all of the food kiosks, with more expanded alcoholic beverage offerings across the board compared with previous years.

While I definitely enjoy the increase in beer variety, it does seem that the overall number of dishes has fallen victim to the expanding beverage menu. I took the opportunity while strolling through the park to sample some of the new dishes and some old favorites at this year’s Festival...

Mexico is a new kiosk for 2019, replacing the American Southwest kiosk. I tried the fried shrimp taco, which was excellent. The three medium-sized shrimp were very crispy and tossed in a not-too-sweet and not-too-spicy chili sauce on a bed of cilantro lime slaw in a corn tortilla. 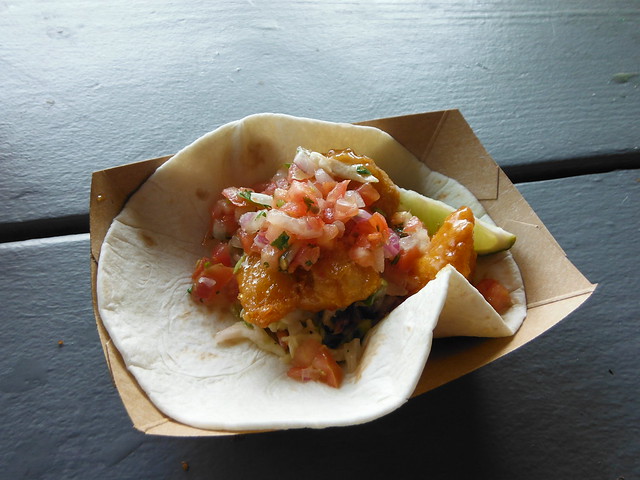 Italy is a new kiosk, though it is not noted as such in the festival guide. My eyes were immediately drawn to the mushroom risotto on the menu. If you’ve ever read my accounts of visits to Mythos at Universal Orlando's Islands of Adventure, you would know that I have a soft spot for risotto. This risotto was very good topped with prosciutto and pesto adding any extra layer of saltiness and herbaceousness to the deep umami base. My one critique of this dish would be that I did not see any large chunks of mushroom in the risotto, which would have enhanced the texture of the otherwise well-cooked, but one-note rice. 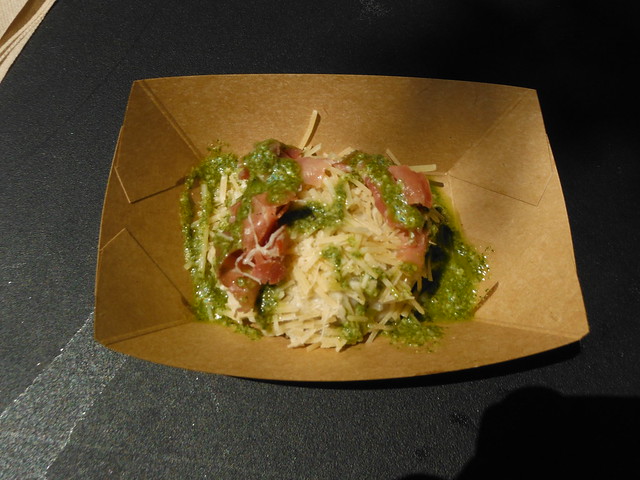 Cuba is not new for 2019, but I did not try the Ropa Vieja last year. This dish contains shredded beef in a tangy criollo sauce served over rice and beans. The beef here was exceedingly tender, and the criollo had just enough spice to compliment the richness of the beef without overwhelming the rice. 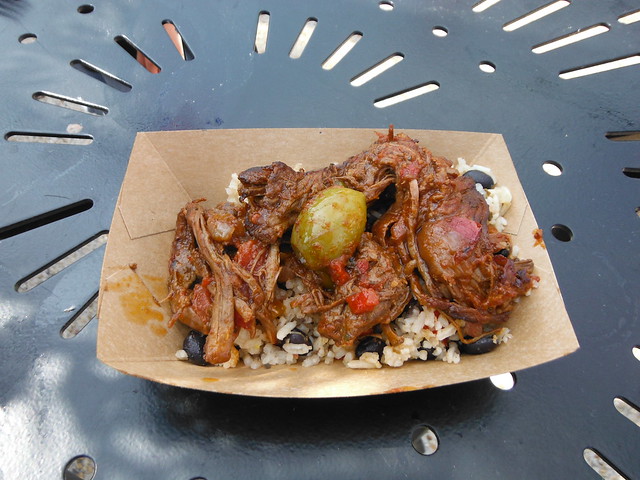 Philippines is a new kiosk for 2019, but the dishes savory dishes here seemed similar to those served elsewhere or in previous seasons (chicken adobo, which was served at the American Southwest Kiosk in 2018, and Siopao, a pork-filled bao bun that was similar to the chicken-filled gyoza buns from the Japan kiosk I had tried in previous years. Again, a lot of the new items and kiosks were beverages, so I went back to some old favorites like the she-crab soup from the Virginia kiosk and churrasco from the Brazil kiosk. 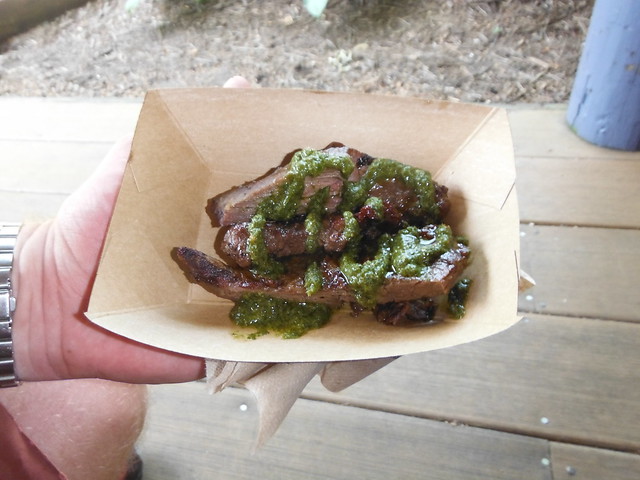 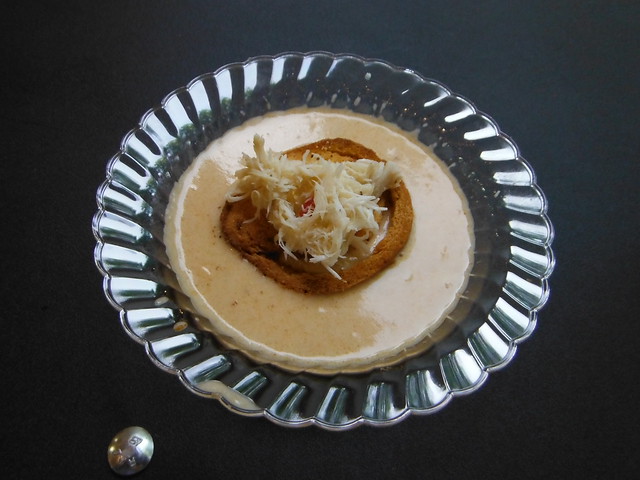 The Busch Gardens Williamsburg Food and Wine Festival is still a must-do event for anyone in the Mid-Atlantic, but if you’ve been in previous years, I can’t say that there’s enough new this year to warrant a special trip unless a visit to the event is part of your annual routine or enjoy a wide variety of alcoholic drinks. Here’s hoping next year’s event bring the spotlight back onto the food, and introduces a larger slate of new dishes for 2020.

Busch Gardens Williamsburg is gorgeous and their Water Country USA did rank 6 in North America water park attendance so worthy subject- plus, Russell gets to eat:) As for covering water parks here- when they have something worth sharing, go for it! Especially can see a need with 3 major new water park openings this year: Island H20 at Margaritaville Orlando next weekend; Rulantica this Fall at Europa-Park; and the DreamWorks Water Park at American Dream Meadowlands now delayed till Fall along with Nickelodeon Universe and the rest of that project.

Went last weekend for the F&W Festival and also found the shrimp tacos to be phenomenal along with the frozen blue Hawaiian. I did notice the cut back of, I'm assuming, not so popular items like at the Japan station. Definitely worth a visit, or two since I'll he back shortly.

Everything you need to know to visit Star Wars: Galaxy's Edge