Midsummer Scream opened its doors this morning at the Long Beach Convention Center, welcoming 30,000 fans this weekend to what organizers are calling the world's largest Halloween-themed fan convention. 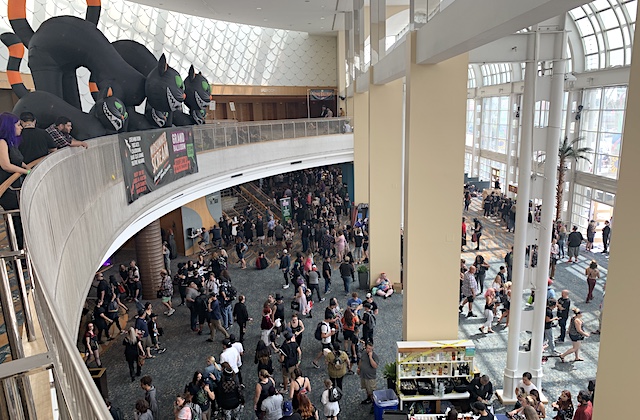 The event kicked off this afternoon with a panel celebrating 50 years of Disneyland's Haunted Mansion. Former Imagineers Bob Gurr, Tony Baxter, Tom Morris and Tania Norris — the Mansion's original interior designer — joined Haunted Mansion film producer Don Hahn and panel host Doug Barnes to talk about how the Mansion came to be and how the iconic attraction has inspired their creative journeys. 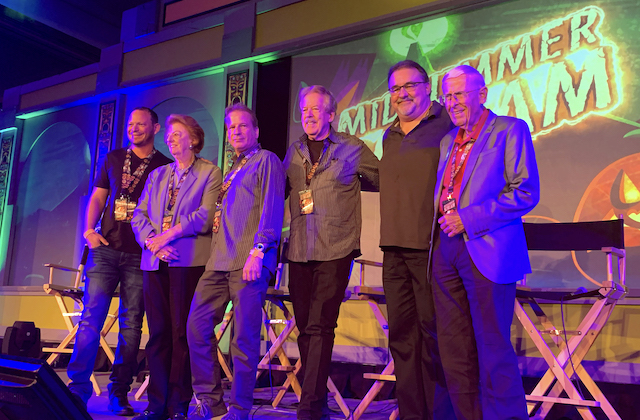 Gurr, who designed the Mansion's "Doom Buggy" ride vehicles, noted that Disney first used the buggies' Omnimover technology on the old Adventure Through Inner Space ride. He said that the inspiration came from both the many continuous chain ride present at the 1964 World's Fair and the aviation industry's omni-directional rangers, from where Gurr said he got the idea of a continuous chain ride vehicle that could individually turn and tilt, to allow show designers to direct riders' attention to one side or the other while enjoying an unobstructed view.

Gurr came late on to the Haunted Mansion project, which had begun as a walk-through attraction. Morris confirmed that each stretch room was designed to lead to a different walk through experience, and that at the end of the walk through was to be a maze with three different exits from the attraction. That's why the Ghost Host in the stretch room challenges you to "find a way out," he said.

But Norris stole the show with her stories about working with Walt to design the interiors for the Mansion and other locations throughout New Orleans Square. Like many employees of what was then WED, Norris said she got her job by accident — a tip from a friend, followed by an interview with John Hench. Soon, she was on Walt's Gulfstream plane to New Orleans with Walt, Roy, Claude Coats and others, where she would buy antiques and identify design elements in the city that Disneyland would use in its upcoming New Orleans Square. In addition to populating much of the original Mansion attic, Norris also designed the Mansion's original wallpaper.

Norris said that she's not bothered that, like with other Imagineers, her name was not on the Mansion.

"What we did, we did as a team," she said. "Our job was to have to detail and authenticity. That's what we lived by and researched."

"When you go to Disneyland, do not think of it as just attractions. Look at the detail. Realize the thought and effort that went into that," she said. "Disneyland is not for children. It is for people who notice this detail."

She could not have picked a more receptive audience for that message. Just steps away on the convention show floor, hundreds of vendors displayed everything that Halloween fans could need to bring exacting detail to their home haunts and cosplay. At the edge of the show floor stands Midsummer Scream's "Hall of Shadows," which this year shows off some of the best home and speciality haunts from around Southern California. 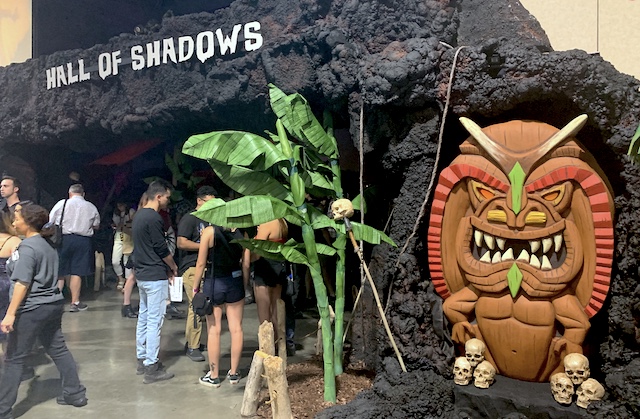 If you can't wait for the parks to kick off their Halloween events, Midsummer Scream is the place to be, as more than a dozen design teams opened their own mazes in the Hall of Shadows, providing diverse haunt experiences for fans starved to get back to the scares and mayhem they've missed since last fall. 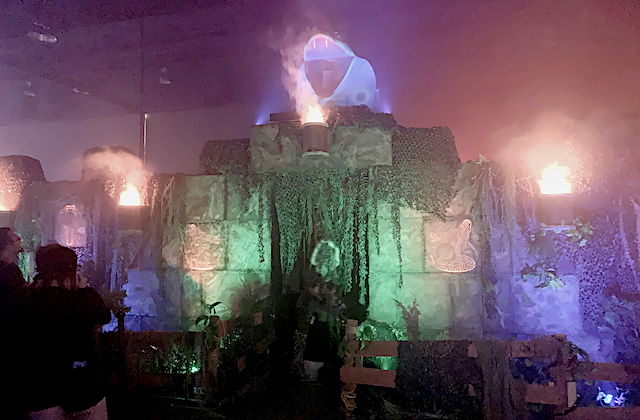 Stay tuned for more coverage from Midsummer Scream tonight and tomorrow, including panels with reveals from Universal Studios Hollywood and Knott's Scary Farm.

I went two years ago and loved the sales floor because of everything to see and buy. I say this as someone who doesn't buy collectibles often. Everything ranging from the newest masks, to local Escape Rooms like Cross Roads, to even Disney Imagineers... it was great! Seeing just a skosh of what Knott's and the other big names was nice too even if you didn't attend the panel.

However, the Hall of Shadows would have been a disappointment had we not purchased the Express pass or whatever it's called. The waits were longer than 15 minutes each, for a 20 second experience. The mazes/ houses were too short to even enjoy, and sometimes involved one actor attempting to scare you multiple times. I get that they can't have a large full scale maze/ house, but it's not really worth it IMHO.

The floor was great though!