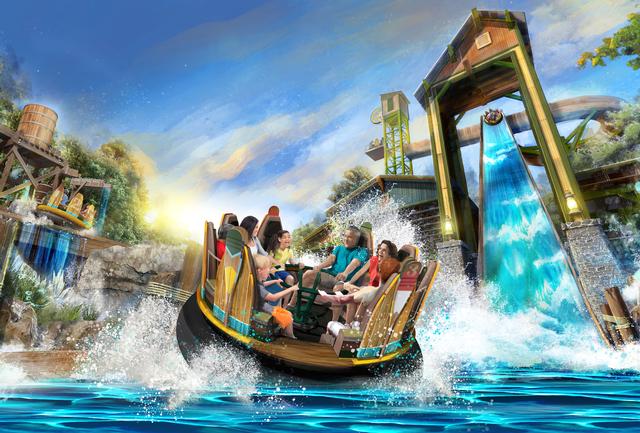 The $23 million ride from RES transports riders back to the 1880s, when an explorer named Pearl Brazen is taking visitors on a rafting adventure to find the headwaters of the Mystic River that flows through Silver Dollar City's Marvel Cave. The park sets up the new ride in a wonderful narrative video that starts in history before taking a turn into fantasy.

Also included in the Falls' Rivertown land will be a $4 million Rivertown Smokehouse, a 450-seat barbecue restaurant with views of the Mystic River channel. 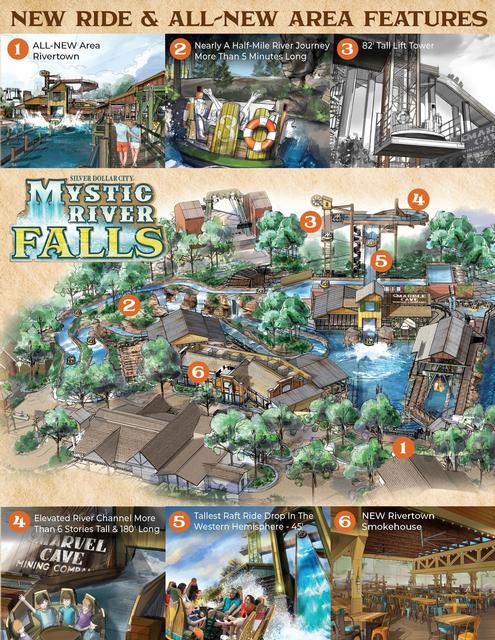 Mystic Rivers Falls is set to open in summer 2020. The park provided a construction photo along with its announcement today. 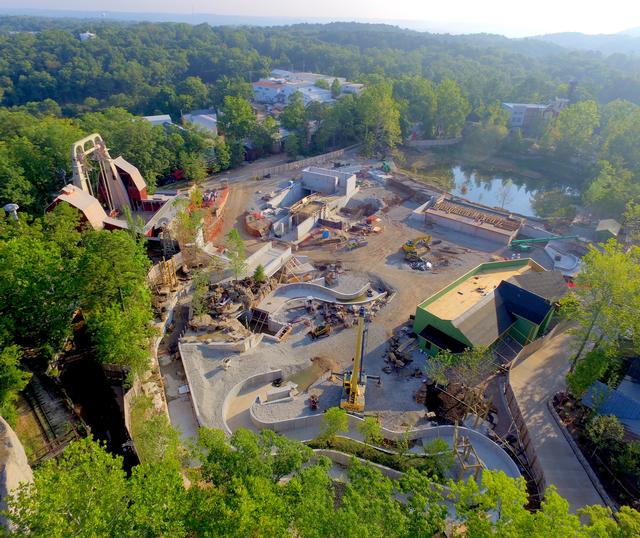 What's under construction at Disney, Universal and other top theme parks

I am not much of a water ride fan, but this addition looks to be a spectacular replacement for the Lost River of the Ozarks, which often had long lines during the hot summer months. I am sure this new attraction will be a crowd-pleaser even if it isn't in my wheelhouse. Add in the new BBQ joint (a replacement for an old restaurant) and SDC has a completely revitalized area of the park. Bravo!

And I love the effort put into building a back story for the area. SDC is firing on all cylinders these days for sure!

Why on earth would a park want to spend all that money on an attraction that will be used maybe 6(??) months per year. The Falls are a walk on when the temp drops into the 70's, so they must be some hardy folk who live in Branson.

@makorider, not sure that would be a problem, since Silver Dollar City isn't a year-round park. It's closed through most of winter...

James, I've seen you on water rides, and I don't care what you say- you always have a blast! I just might need to make a return to SDC soon. Mystic River Falls looks terrific, and the video they made is top-quality...just like Silver Dollar City.

Looks like an excellent addition for Silver Dollar City! After visiting this year, I don't know when I'll be able to make a return trip to the park, but next time I do I definitely look forward to checking this thing out.

I'm long overdue to make the drive back up there. I haven't been since before they built the Time Traveler. While the previous rapids ride was fun, this looks like a great improvement. On a side note, I wish they could bring back something that resembles the old diving bell ride. I remember riding it as four year old and maybe to older eyes it wasn't that realistic, but it freaked me out. I really thought we were under the lake and we were going to drown.

Kris, you need to get back there. Time Traveler is an amazing coaster! Despite not being one of the fastest and tallest in the world, the free spinning cars will give you the most air time of any coaster you have experienced.

Love this concept even if I’m not a river raft ride fan. Silver Dollar City has blown away Worlds of Fun and Six Flags St. Louis to become the midwest’s best regional park.

Ride the rails with this new Disneyland Lego train set