Keeping with Efteling's focus on non-IP characters, Fabula skips familiar Aardman personalities such as Wallace & Gromit and Shaun the Sheep in favor of an original cast, led by a grumpy young bear and Mr. Sandman, who takes the bear on a magical tour of different habitats around the world. It's Aardman's first original 4D movie for a theme park — a computer-animated production rather than the stop-motion style that made Aardman famous. 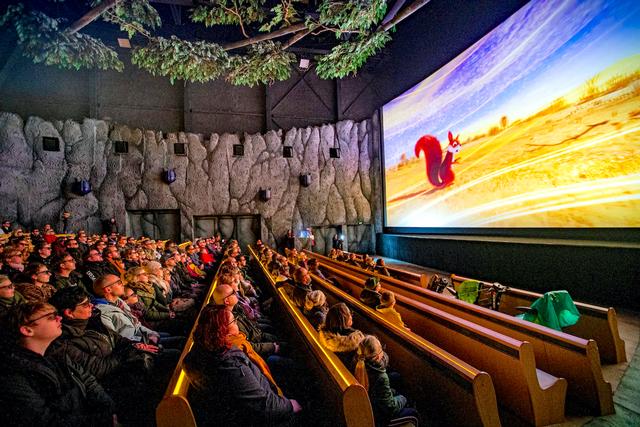 The attraction tells the bear's story in two parts, with an eight-minute preshow before the eight-minute 4D theater presentation. The nature theme continues through the exit into the former De Octopus restaurant, which Efteling has renovated into Restaurant Fabula, with a new menu and refreshed play areas themed to savanna, ocean, and jungle. 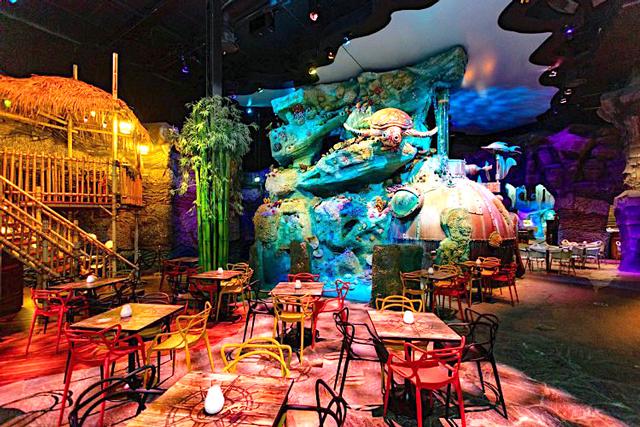 "Working with Aardman on the production of Fabula has allowed us to combine the latest in film and animation technology with a new hospitality concept, meaning that the attraction is completely in tune with this time," Efteling CEO Fons Jurgens said. Fabula replaces the former PandaDroom show and runs throughout the day at the park.

Reader ratings and reviews for Efteling

Theme parks also can show the movie but not in a 500km circle around the Efteling. It also has no spoken dialog to keep it accessible for the growing number of international guests who visit the park.

Hello all !
I was actually there, at the sneak preview (on invitation) !

From the article, I note :
"... It's Aardman's first original 4D movie for a theme park ..."
Well, let's put things right !
Aardman was choosen amongst a rather narrow choice of potential 3D/4D_5D location based film producers in the European market. Two of the most important players on the market are Belgian. The former Pandadroom production was delivered by "nWave Pictures" one of these Belgian studios. However, the former production was anchored with World Wildlife Fund, and got on screen as well in, for instance, Hansa Park (Germany). Apart from the fact, it was an attraction co-sponsored by WWF with a contractual runtime (until 2019...), it had not a real tie with the fairy tale storytelling tradition of the park.
Fabula actually changes this.
An existing Efteling character , "het Zandmannetje" (the Sandman) is brought in. This character is a classic old fairy tale character of the Netherlands/Flanders, not Efteling IP-material (storywise) , BUT, the styling of the character however is absolutely Efteling IP !
I'm telling this, because repeatedly articles mention that no IP is involved in the Efteling attractions. It is not true ! However, the IP used, is Efteling owned (developed) IP !
The Sandman character is appearing in the different Efteling hotels, where he is telling evening stories to the kids, before bedtime. The styling of the actor's clothing now is included in the Fabula film.
Aardman produced the film, but ALL characters (animals and the Sandman) were animated in Efteling creative offices before handed out to Aardman, together with the complete scenario.
This means, Aardman acted as subcontractor, and the complete concept development was done in Efteling.
Life film and animated productions, "50% in house", are always more part of Efteling's own media production niche. When Pandadroom was installed, Efteling did not yet have a film/TV production facility. Times changed !

The other question, "Why Efteling did not work with nWave Pictures again (choose Aardman instead), I cannot answer yet. I know the marketing & sales representative of nWave personally, so I will hear that story sooner or later...
The thing I can tell about "how well done" are the FUN 3D effects in this film, compared to Pandadroom ? Well, I'm not so happy with those. The 3D outflying "feelie" value was way BETTER in Pandadroom. The story is sweet and very well done in Fabula, but the spectators get less "moved" by close encounters, then in the old movie ! Some of the "fly in" effects are even abrupty broken off, before the audience can experience them at full ! It feels like blunt animation failures ! No idea, if Aardman is responsible for that alone, or the director lead from Efteling. Anyway, even if the production and projection technology clearly offer an upgrade, the creative execution of the product is NOT on par ! A very pityfull observation.......

To make up my personal score, I would say :
POSITIVE :
- A real Efteling anchored storyline (with the Sandman as pixie-dusting wizzard
in the story)
- The preshow now tells (some 6 minutes) the first part of the story (2D sceeens). The 3D show goes 8 min. That totals 14 minutes for the complete storyline, which shows up to be more then the 12 minutes (in 3D) for Pandadroom. Shorter show, became a longer story, amazingly.
- Absolutely well developed to keep toddlers in mind, part of the audience. Everything is "sweet". (This positive also incorporates a negative.. further)
- As far as I can see, the special effects in the audience room, operate flawless again (many failures over the past years)
- The little bit bizarre still screen projection, with lesser resolution (different projector), before Pandadroom started, is gone.

NEUTRAL :
- No narrative involved. (I see this remark from O T) That's exactly the same as with the previous production, Pandadroom.

NEGATIVE :
- Thrill factor in the 3D frontal-outcoming projections, is LOW, compared to Pandadroom. It's the downside of the observation, it seems to be developed to allow 2-3 year old toddlers, but most schoolkids (5-12 ?) would miss the fun-thrill that was delivered before....
- Bad end-phase animation, in the outwards flying objects. Something comes flying to you, and before it's going to hit you, the animated object just "disapears" ... I consider this fatal animation errors. (In Pandadroom, those were truely FANTASTIC !!! (the fruit flying in your face... SO realistic ! .. same here, appear completey fake ! The snake VERY slowly penetrating into the audience when many started screaming.. wonderfull. Not such a thing in Fabula. The jellyfish slowly moving into the audience and many of the kids starting to grab in the air.. NOT such a thing in Fabula at all. I've seem the audience rather passive here, as the film seems not to invite to such interaction.
OK >>> Aardman.. WHAT the heck !??)

So...
You probably know I'm always very critical, because I'm a designer / concept developer myself. People from the audience usually are less critical. But, I try to be honest and analitic.