Lunar New Year festivities kick off next week in theme parks on both sides of the Pacific. Shanghai Disneyland begins its Spring Festival on Monday, January 13. It's the "Year of the Mouse" at Disney since, well, Mickey, and the park is celebrating with character greetings on Mickey Avenue with Mickey and Friends in their new Spring Festival costumes.

Disney California Adventure gets started January 17 with the return of its line-up from previous years, including four Asian food marketplaces in Paradise Park and a special themed menu at the Paradise Garden Grill, Mulan's Lunar New Year Procession with Mickey and Minnie as this year's featured guests, and the Hurry Home – Lunar New Year Celebration once again running ahead of the World of Color show each night. The park will provide a Lucky Wishing Wall and complimentary arts and crafts stations in addition to the requisite themed merchandise. 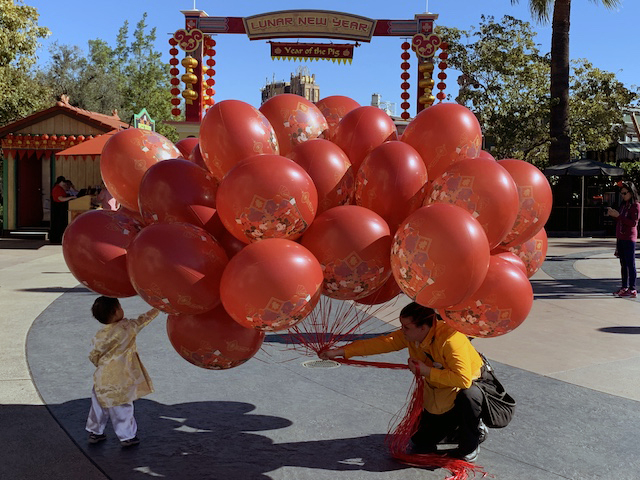 Universal Studios Hollywood starts its Lunar New Year celebrations on January 23. The event takes over the park's Universal Plaza with the return of character meet and greets with the stars of Kung Fu Panda, Feng The Place Artist's Stand - where you can learn how to draw Po, and Mr. Ping's Noodle Shop.

Hello Kitty and the Minions also will be sporting Lunar New Year costumes as they greet visitors outside the Plaza, too.