Rex and the Raptor move into The Lego Movie World

Rex Dangervest visited the park to welcome one of the time-traveling, spaceship piloting raptors from The Lego Movie 2: The Second Part to Legoland California. The model, built from 90,151 Lego bricks and standing 8.5 feet tall, will welcome guests at the entrance to the new land when it opens this spring. 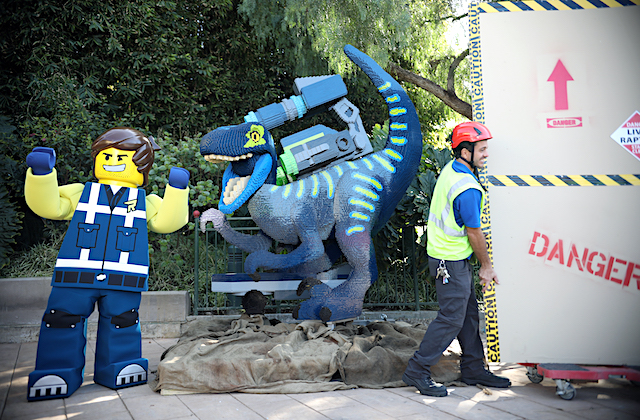 I reviewed the original The Lego Movie World when it opened at Legoland Florida last spring, if you want more detail about what to expect from this land. For discount tickets to Legoland California, visit our travel partner's officially authorized Legoland California tickets page.