Efteling completes the track for its new family coaster

This week, construction workers at Efteling — which just came in at number three on our list of the world's top 10 theme parks — installed the final track piece for the new Max and Moritz roller coaster that is replacing Bob at the Dutch theme park this spring. 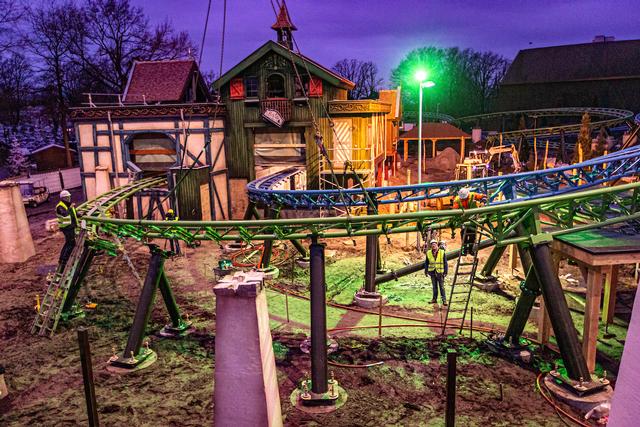 The Mack Rides double-tracked family coaster is themed to Wilhelm Busch's 1865 tale of two bad little boys, each of which gets a track on this two-and-a-half-minute adventure through the Alpine forest, which the park will begin decorating now that the track work is done. The coaster's trains will arrive later.

Efteling also this week posted the third installment in its video series on the making of the Max and Moritz coaster.

You can find the first two episodes on Efteling's YouTube channel.

A couple of interesting notes about the construction: First, Efteling is reusing some of the Bob's station for the new coaster. Second, the park said that "when the trains slow down, the energy released is fed back into the electricity grid" that is used to drive the roller coaster.

So it's a KERS system? Does that Max and Moritz F1 drivers now? (Well, that sounds more impressive than Prius drivers, doesn't it?)