January 23, 2020, 4:10 PM · Lunar New Year kicked off today at Universal Studios Hollywood, which once again welcomes the cast of Kung Fu Panda to the Universal Plaza.

I tried the ramen and the dumplings. 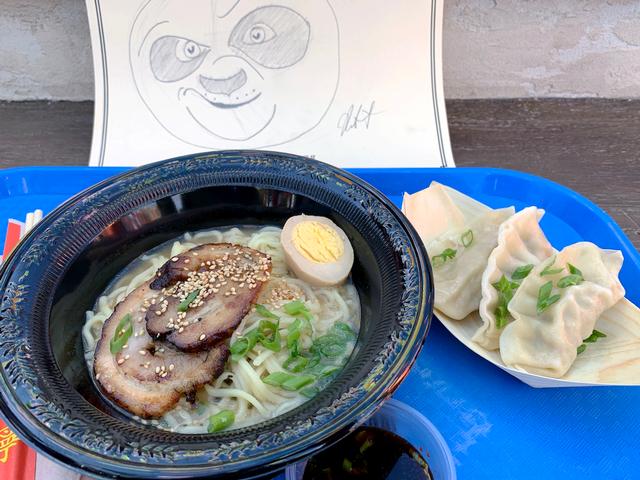 No, it's not Ramen Tatsunoya, but if your only knowledge of ramen is the under-a-buck-each supermarket bricks, consider this a starter pack toward something better. (But if you are used to the "good" ramen, well, there's always something great at The Three Broomsticks....) By the way, that drawing in the background is my work at the "Temple of Peace" drawing class across the plaza, where an instructor talks you through the steps of drawing Po. 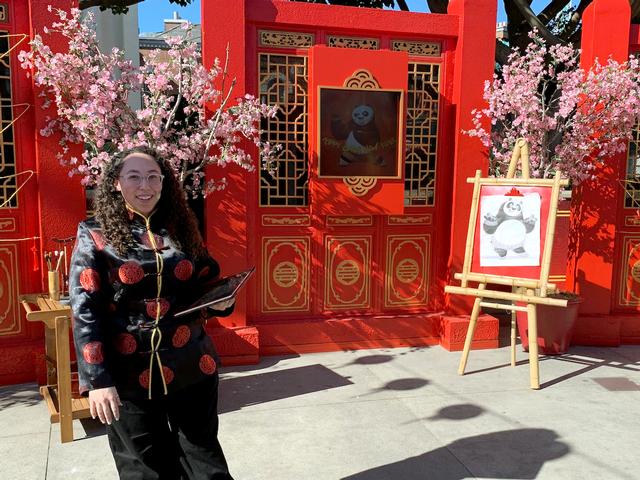 Po is the only character in this year's drawing class curriculum, which probably satisfies the majority of visitors who wanted to draw the Kung Fu Panda star more than any of his sidekicks that Universal also featured in past year's classes. But I miss the variety. 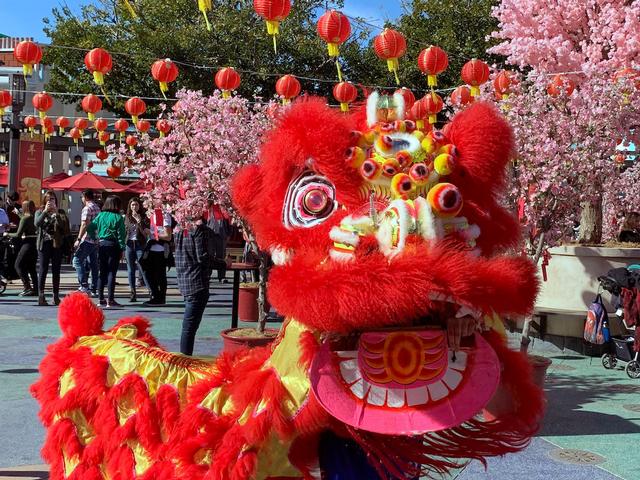 But Po and Tigress remain available in the Plaza for meet and greets, with additional Lunar New Year-themed meet and greets immediately around the plaza, including Hello Kitty, the Minions, and Universal's Mandarin-speaking Megatron. 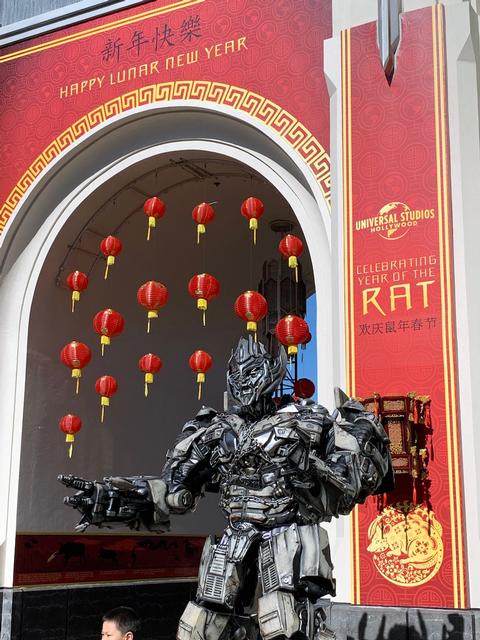 Oh yeah, it's the "Year of the Rat" here, just like it is everywhere else in the world this year... save for a certain resort down the 5 in Anaheim.

Let's go behind the scenes on Busch Gardens' Pantheon