The Happy Ride with Baymax is opening as part of the big Tokyo Disneyland expansion on April 15. The new attraction will be based upon the same ride system as that which powers Mater's Junkyard Jamboree at the Disneyland Resort and Alien Swirling Saucers at Walt Disney World. In Tokyo, however, Baymax will drive the lead, taking over for Mater and the Little Green Men. 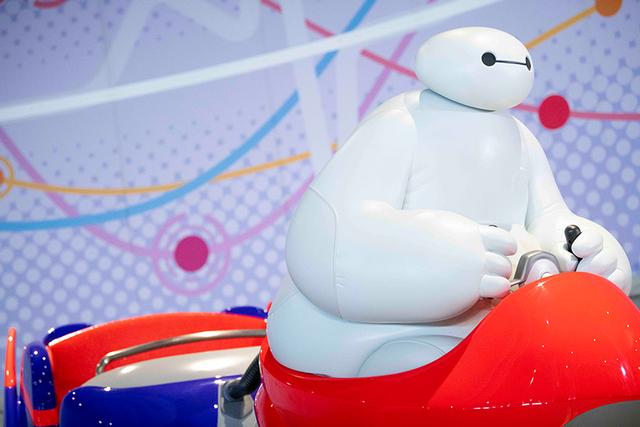 The Big Hero 6 ride is opening in Tomorrowland, next door to the other April 15 debuts, which are Minnie's Style Studio in Toontown, the Mickey's Magical Music World show in the new Fantasyland Forest Theatre, and the Enchanted Tale of Beauty and the Beast trackless dark ride that also opens in Fantasyland. We will have more on those other attractions as we get closer to their opening date.

Anyone else try to read that as "Betamax"?

Universal Orlando is ready to let the good times roll

What keeps you from traveling?