"As the starting point of every guest’s [Universal Beijing Resort] journey, CityWalk provides guests their first glimpse of the beyond-imagination experience they can expect at Universal Beijing Resort," Universal Beijing Resort President and General Manager Tom Mehrmann said. "However, CityWalk is also designed to stand as a destination in its own right, as a new high-quality recreation and entertainment option for residents and tourists in Beijing. We believe CityWalk will drive the formation of a new cultural business center, giving a strong boost to Beijing’s economic development."

The fourth* Universal CityWalk, following Hollywood, Orlando and Osaka (*Updated - FYI, Universal Studios Singapore is part of the Resorts World Sentosa development, which does not use the CityWalk brand), will included an 11-theater cinema featuring the largest commercial IMAX screen in Beijing, 15 food and beverage locations, eight stores, and 11 retail or food and beverage carts. 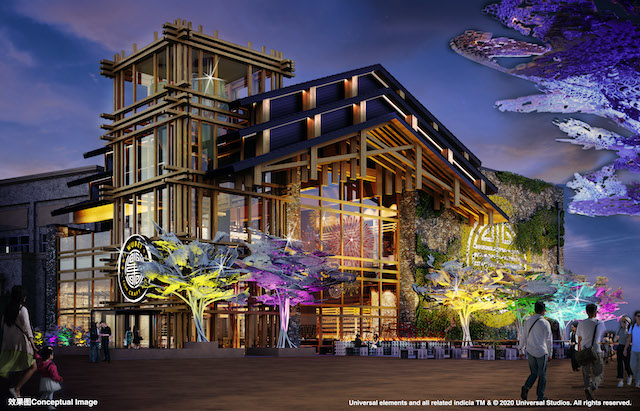 The shops will include a flagship store for Korean cartoon characters Kakao Friends as well as a concept store from Pop Mart.

CityWalk is scheduled to open along with Universal Studios Beijing in 2021. The theme park will feature the themed lands Transformers: Metrobase, Jurassic World Isla Nublar, Kung Fu Panda Land of Awesomeness, Minion Land, and The Wizarding World of Harry Potter.

Got to incorporate a visit to China with this park and Shanghai Disneyland in the future. Hopefully this park is designed with more room to grow as opposed to Singapore which is rather limited space wise. There is also a citywalk in Universal Studios Japan with a Red Lobster, Bubba gump, hard rock and the like. By far the most popular shop in the Osaka citywalk was a convenience store of all things. Anyway looking forward to continue following the development of this resort.

Glad to see they'll have some unique restaurants and stores. Can't wait to visit what might become my fav Universal park. Hopefully they'll have the express pass system like in Orlando.

Take a Fresh Look at Universal Orlando's Next Coaster