June 18, 2020, 10:52 AM · Hong Kong Disneyland reopened to guests this morning, becoming the second Disney theme park worldwide to return from its pandemic closure.

Hong Kong Disneyland Managing Director Stephanie Young joined Mickey, Minnie, Donald, and Goofy on Main Street to officially reopen the park, though the real star was the castle behind them. 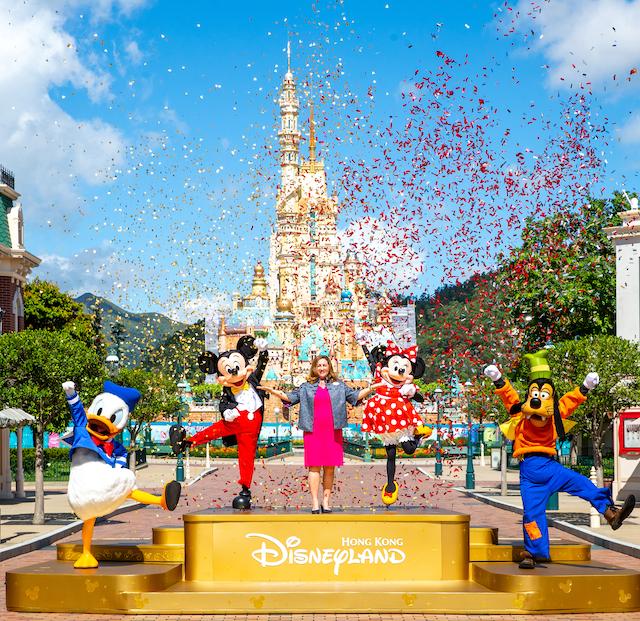 Today's reopening gave the public its first look at the nearly completed Castle of Magical Dreams, themed to 13 Disney heroines. Hong Kong Disneyland's castle had been a clone of the original Sleeping Beauty Castle from California's Disneyland, but Imagineers expanded it vertically to create a more imposing visual centerpiece for the park. The castle is scheduled to open later this year. 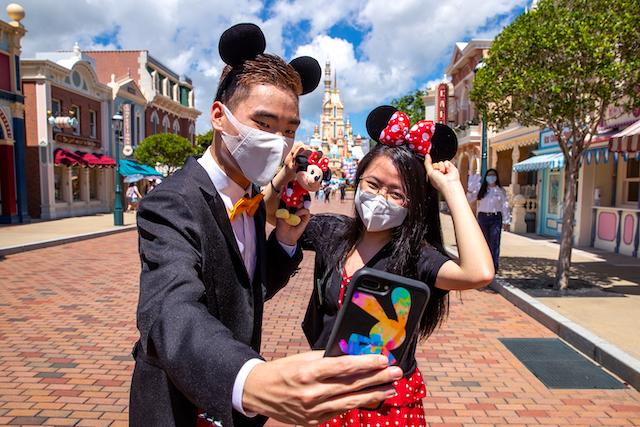 Hong Kong Disneyland's attendance had been ailing for some time before the Covid-19 pandemic, due to competition from the much larger Shanghai Disneyland (which reopened last month) as well as the ongoing civil unrest in Hong Kong, which had all but stopped tourism to the area. The new castle is just one of several planned expansions at the park, which is slated to welcome an expanded Marvel-themed area in its Tomorrowland, as well as a new Frozen-themed land.

The park is reopening with Disney's now-standard health and safety procedures, including mandatory face masks, temperature checks, advance reservations for capacity control, social distancing inside the park, and expanded use of hand sanitizing stations.

Hong Kong Disneyland is great! I visited last summer and we had a wonderful time. Glad to see it open back up. That castle is something else, wish we could have taken a picture in front of it last year. With the new additions coming up, this park is getting ever so better.

I am loving that new look castle... but I can’t help but wonder if HKDL will last in the long term.