August 27, 2020, 2:03 PM · Walt Disney World might have canceled its Mickey's Not-So-Scary Halloween Party this year, but visitors still will get a chance to dress up in the park.

As was the case at Mickey's Not-So-Scary Halloween Party, guests 14 and over still will not be allowed to wear full-face masks inside the park, but since face coverings are now required of all guests over age two, that affords some opportunities for Disney visitors to get creative with incorporating their appropriate mouth-and-nose covering into their costume.

Disney also will stage a daily Halloween-themed character cavalcade with Mickey and friends in Halloween costumes, starting September 15, which kicks off this year's Halloween season at the Walt Disney World Resort. Expect Halloween and other fall-themed decor and merchandise throughout the parks, as well as a new batch of seasonal treats at park restaurants. 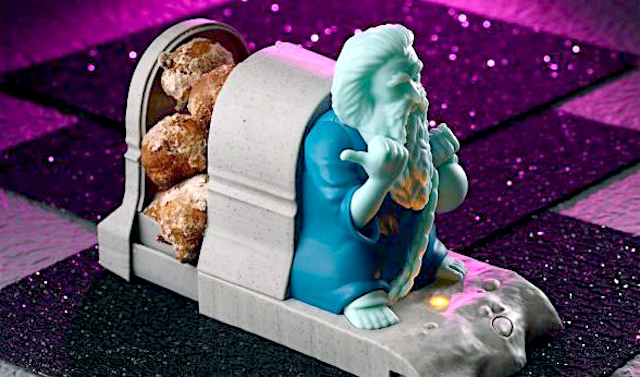 Some highlights will include Cinnamon Donuts in a Hitchhiking Ghost novelty container at Pecos Bill, a Mickey Monster Mash Burger at Cosmic Ray’s, and the return of Hades Nachos, Mickey Cinnamon Roll, and Constance’s For Better or For Worse Wedding Cake, among the usual line-up of pumpkin-spiced goodies, speciality cupcakes, popcorn buckets, and sippers. Themed sweets and drinks will be available at all four parks, though the widest variety will be at the Magic Kingdom.

It just hit me how inventive Halloween costumes will be this year....

Disneyland Scrubs an Oscar-Winning Song from the Park