January 1, 2021, 1:06 PM · Happy New Year from Pasadena, California, where there is no Tournament of Roses parade this year nor a Rose Bowl game. That means the biggest thing in town today actually is... the presentation of the 20th annual Theme Park Insider Awards!

More than 7,000 readers participated in this year's selection process, which was based upon year-end surveys of our newsletter subscribers, followed by final-round voting on the website. Congratulations to all the finalists and our winners.

This one was such a "runaway" that we didn't need a final-round vote, as Disney's first dark ride devoted to its first couple won a clear majority of the votes in our first round survey. Read our review. 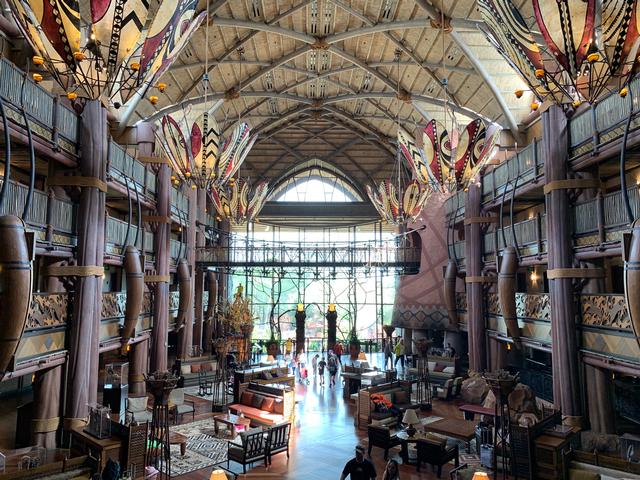 Disney's Animal Kingdom Lodge recaptures the award for the first time since 2008, giving it a fourth win in this category. 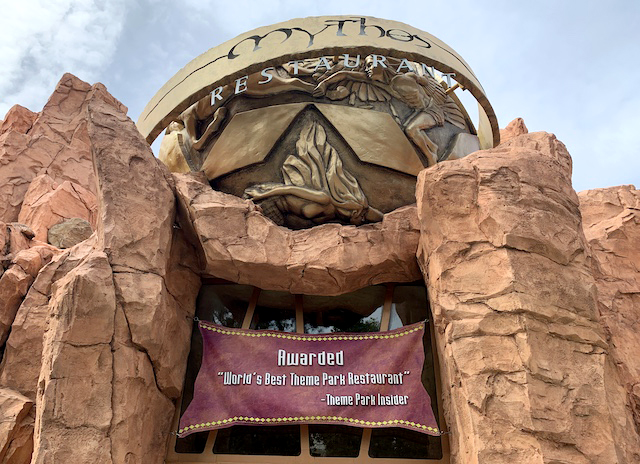 The Islands of Adventure restaurant continues its dominance in this category, repeating as champion and claiming the award for a record ninth time.

Disneyland might be closed, along with all the other California theme parks, but Fantasmic! won again in this category, claiming it for the third time. Top 25 Shows 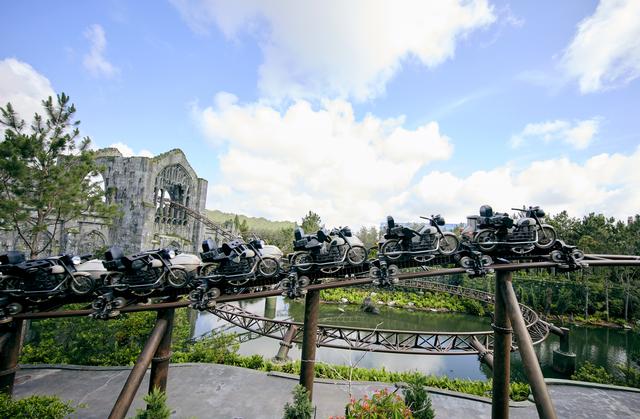 Hagrid's outran our defending champion, Cedar Point's Steel Vengeance, riding its US-record seven launches and impressive show scenes to this year's title. Yes, it was a tough year for "traditional" coasters, with so many regional parks closed or running abbreviated seasons, keeping much of the coaster fan base at home. But Hagrid's enjoyed enough crossover appeal to make it a winner. Top 25 Coasters

Disney's top Star Wars attraction goes two-for-two in this category, repeating as champion and claiming the award in both years since the ride debuted at Walt Disney World a little over 12 months ago. Top 25 Attractions

Universal Orlando's second gate repeats, winning our top honor for a record seventh time, coming in ahead of and breaking its tie with runner-up Tokyo DisneySea, which is a six-time winner of this award.

Fair enough. With 2020 pretty much being a wash on new rides, not too many surprises.

Mythos winning again was both surprising and not. I wondered “what’s it’s secret”? I think the secret is that it’s a Tiffin’s quality restaurant at a fractional of the price.

Pretty Good! This is always a fun subjective poll. I agree with all of them, except...

Best Restaurant: I'd give it either to Be Our Guest or Le Cellier.

Best Theme Park: I'd give it either to Magic Kingdom or Disneyland.

Obviously, I am biased toward the Disney parks haha. But I would give the best coaster to Hagrid's! It is amazing. As I have said elsewhere, IoA just doesn't do it for me overall and I get nauseous pretty quick.

How did Universal’s Islands of Adventure won best park? Tokyo DisneySea was robbed.

Mythos winning again is surprising but as said above, the cost per quality food is the best. Other theme park restaurants may have very high quality food but they cost 2x or 3x as much. All other winners are also deserving.

I do wonder if Florida being the dominant theme park market may have skewed a few of these this year, as every single winner came from that area. Perhaps in the future these awards should have regional subcategories and/or separate destination parks from regional parks. Anyway, a great collection of deserving winners.

AJ, it was the Disneyland version of Fantasmic that won for best show.

I do really like AKL, but I think value has to be part of any equation when evaluating theme park resorts. When cost and amenities/perks are factored in, I can't endorse AKL as the best theme park resort. It's an amazing piece of architecture, and the rooms are very comfortable and attractive, particularly for those on the Savanah side of the hallways, but when rates far exceed $400/night on average (with $100/night more for Savanah views), it's hard to endorse spending that kind of money when you can pay half as much at Royal Pacific while getting Unlimited Universal Express as part of that rate for every person in the room. When I travel to Orlando, I'm doing so to spend time in theme parks, not in hotel rooms, and while it was really cool to see giraffes roaming outside our balcony each morning during our stay at AKL, that perk was such a small fraction of the days we spent in Orlando, while the Universal Express provided by a room at Royal Pacific (along with Portofino Bay an Hard Rock Hotel) can ADD hours of enjoyment to you day in the theme parks unmatched by AKL.

For me, it's a toss up between Tiffins and Mythos, and I don't think you can go wrong with either choice. Again, when value is factored in, it's hard to beat Mythos, which offers high-end cuisine for a reasonable price, often cheaper than many counter service meals.

I voted for Fantsmic! as best show, but was pretty appalled to see Waterworld ranked all the way down at 6th. The long-running stunt show is still a spectacle to behold, and worthy of a watch every time you visit USH. I can't say the same for the other shows ahead of it on the list save for Disneyland's Fantasmic!

Unfortunately, I have yet to take a spin on Hagrid's so I can't necessarily complain about that one. However, I was happy to see I-305 earn a spot in the top 10 despite KD being almost entirely closed for all of 2020.

I think there's no doubt RotR is the most ambitious theme park attraction of all time, but I could not give it the top spot in my vote because of the technical difficulties and the still problematic process to secure a spot to ride this revolutionary ride. Does it have the potential to be the best ride in the world? Absolutely, but the consternation, frustration, anxiousness, and annoyance that the attraction causes its guests drag down the overall enjoyment of the experience. I feel fortunate to have ridden it three times during our week in WDW back last January, but I still walked away with a perception that it could/should have been better. I never have that feeling after riding Forbidden Journey, Flight of Passage, Spiderman, or Men in Black.

I think anyone's answer to the world's best theme park is which ever park we visited most recently or are anticipating to visit next. There are so many amazing theme parks around the world, and I think that every person has their own particular flavor that they prefer. I personally prefer USF to IOA because of the wider variety of attractions despite the semi-disjointed feel to the park as a whole. Even if you spend 2+ hours waiting for Hagrid, IOA is a park that's pretty easy to experience every major attraction in a single day. I don't think the same holds true at USF, particularly when you throw in the re-rideability of MIB and RRR (and its hidden track list). I have absolutely no problem with IOA being named top dog, but I think it's a situation where other parks are right there on the same tier (including TDS, DL, DHS, USF, DAK, and even BGT).