March 12, 2021, 1:56 PM · Dollywood opened its 2021 season to passholders today, with some big changes to a couple of the park's most notable roller coasters.

First up, Dollywood and manufacturer Rocky Mountain Construction have retracked much of the park's Lightning Rod coaster, which ranked as Theme Park Insider readers' number four coaster worldwide last year. RMC has essentially RMC'd one of its own coasters for the first time, replacing much of the ride's topper track with I-Box steel track.

The idea is to help boost uptime on the 73 mph, 3,800-foot launched roller coaster, which has been plagued by downtime over recent seasons. Here is a side-by-side-by-side comparison of on-ride POVs from the ride's first season, after modifications in 2018, and this week.

But the change that's grabbing the most attention on Lightning Rod might be the number of trees that Dollywood cut down around the ride during its refurbishment. 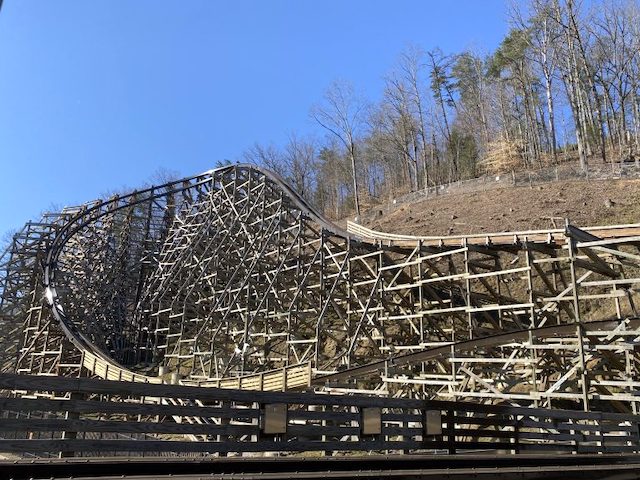 Lightning Rod is not the only Dollywood coaster to get substantial changes during the off season. The park also modified the track on its Theme Park Insider Award-winning Mystery Mine, a 2007 Gerstlauer Euro-Fighter. According to Dollywood, the changes are "extending the track after the first outside drop and reprofiling some of the turns and transitions to provide a smoother ride." 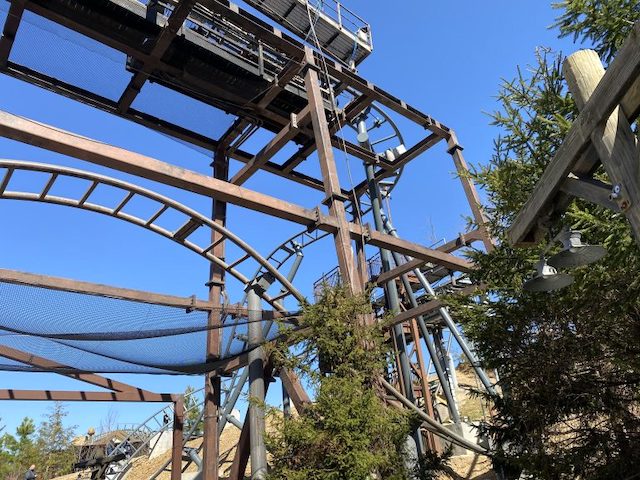 In addition, Dollywood has replaced some of the wood on Thunderhead and refurbished Blazing Fury.

The euro fighter concept was cool when it first came out and Mystery Mine was a destination coaster, but sadly over the years it became just another bad rough looping coaster with painful transitions. I had no interest in ever riding again but will definitely give it a go with an open mind next time!

Mystery Mine is one of the few coasters that actually hurt me (I'm pretty good about riding defensively when needed), so I also would be willing to give it another go with some changes. And I would love to experience Lightning Run on a hot day with a full train.

Oh, heck, who am I kidding? I'll eagerly ride RMCs on any day with any load.

Thanks for sharing Robert. Certainly welcome news for us Dollywood fans. I last went there in Aug 2020 with grandson. Mystery Mine was rough, but manageable if rode "defensively". But I am happy to see them give it much-needed attention.

Lightning Rod has always been the "white whale" of coasters for me. Never have ridden it yet due to downtime on the six different occasions I have been to the park since LR opened (including Aug 2020). Like you, I am a big RMC fan and look forward to finally experiencing it.

The change to Mystery Mine is certainly welcome. This is one of the more interesting coasters I've ridden but as everyone thus far agrees, rough. As for Lightning Rod, I feel ambivalent about the change. I really appreciated the fact that it was a pure woodie. However, if steel track will succeed in minimizing the downtime, I won't be all that disappointed. I was fortunate enough to get half a dozen rides on Lightning Rod on my last trip to Dollywood but others were not so fortunate. I know one guy who travelled from PA to TN and never got to ride, as it was down the entire time.