May 19, 2021, 12:38 PM · The Three Caballeros have returned to the Gran Fiesta Tour ride in Epcot's Mexico pavilion at the Walt Disney World Resort.

The animatronic figures for Donald Duck, Panchito Pistoles, and José Carioca gave up their ghosts earlier this year, ultimately being replaced on the ride by flats (a.k.a. The Three Cardboard-eros) while Imagineers rebuilt the figures. Today, Walt Disney Imagineering's Zach Riddley shared the results of that work on his Instagram feed. 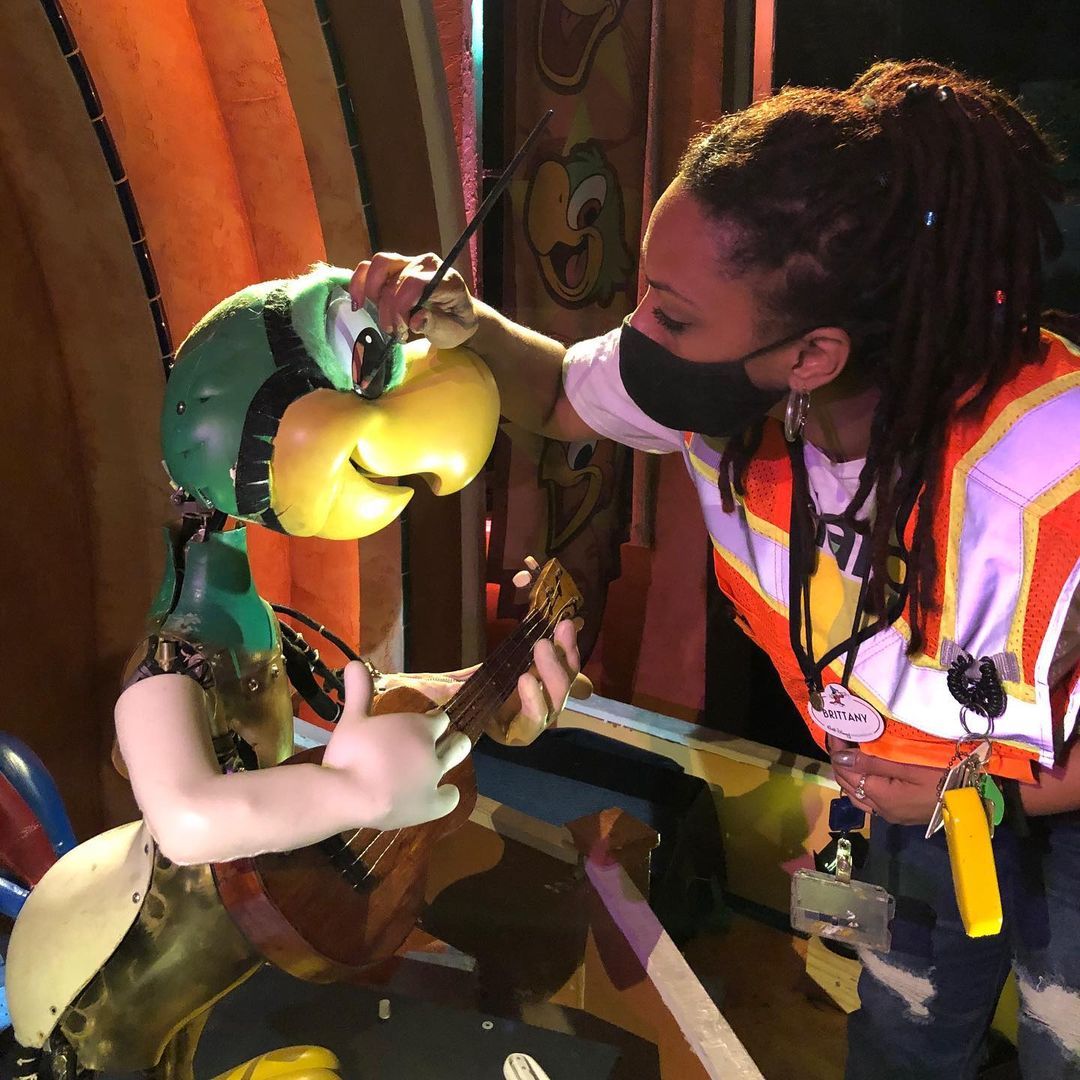 "A shout-out to our [Walt Disney Imagineering] team who lovingly restored these historic Audio-Animatronic figures from the ground up using the latest technology," he wrote.

Riddley noted that the animatronics appeared originally in the Mickey Mouse Revue show that opened with the Magic Kingdom in 1971 before being sent to Tokyo Disneyland for that park's debut in 1983. After Mickey Mouse Revue closed in Tokyo in 2009, Imagineering eventually brought The Three Caballeros back to Florida, installing them into Gran Fiesta Tour in late 2015. So after nearly 50 years of service, it's understandable that the figures would need some R&R time at Disney's "animatronic spa," if you will.

Do remember the jokes on the cutouts a few months back, nice to see them upgraded and made sense WDW had other priorities.

I love that Disney’s Imagineering team is able to share these little behind-the-scenes tidbits with us, especially if it means peeling back the curtain to see what’s beyond the “Show Stage”. This is no doubt a trivial example to some, but as we all the know, the Mouse can be ever-protective of its Magic, so it is still cool to see restoration and learn some history on even the most forgiving of attractions in terms of demand. Now who’s with me on the pitch for a 4-part Carousel of Progress deep dive on Disney+?

I love that this Imagineer shared the history of these audio-animatronics. Walt LOVED showing people how things worked, and I think the Walt Disney Company sometimes forgets this.

Disneyland Soon Will Be Able to Welcome More Visitors