In addition to Harmonious, Epcot that day also will welcome the new Remy's Ratatouille Adventure ride in an expanded France pavilion on World Showcase. Over at the Magic Kingdom, Disney World's original park will mark its 50th birthday with the premiere of Disney Enchantment - another new nighttime spectacular. 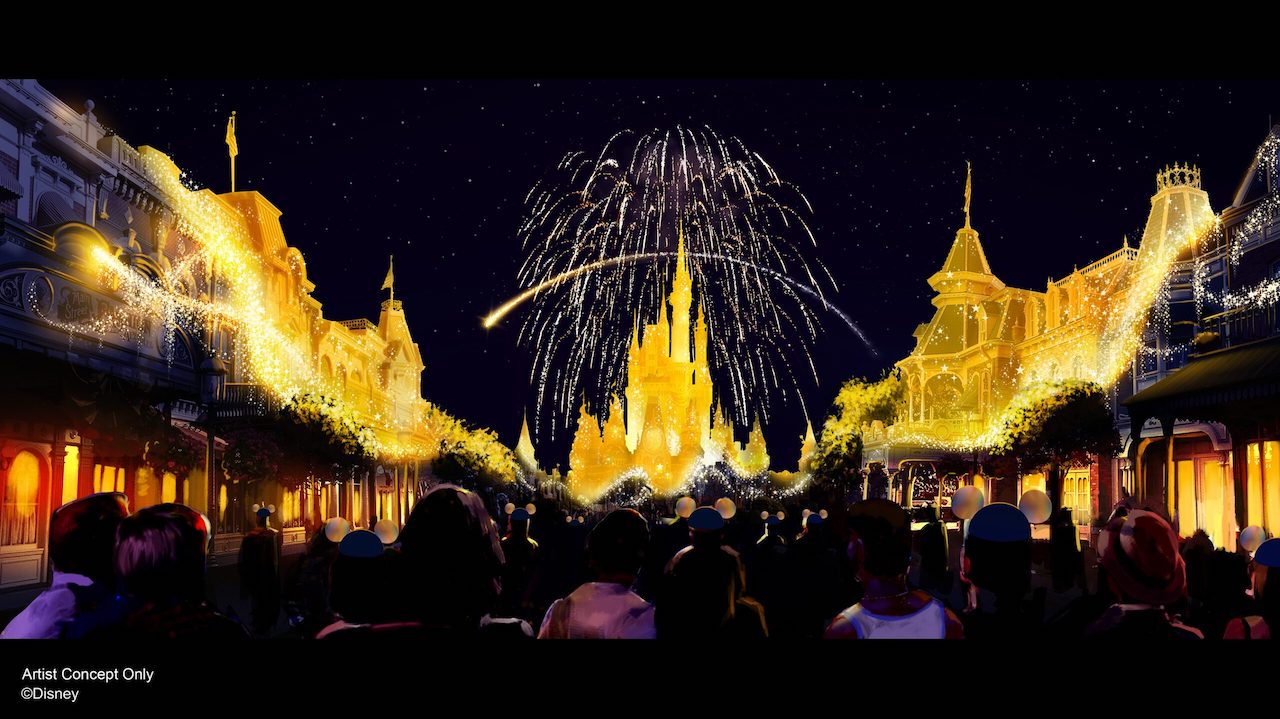 Disney Enchantment follows the format established by Disneyland's 60th anniversary Disneyland Forever show, with projection effects on Main Street USA joining the fireworks, music, lighting and castle projections that Walt Disney World has been using on shows such as Happily Ever After.

Disney’s Animal Kingdom also will get a new production on October 1, with the debut of Disney KiteTails at the Discovery River Amphitheater. This one is a daytime show, featuring massive three-dimensional kites - up to 30 feet long - depicting Disney animal characters including Simba, Zazu, Baloo and King Louie. Many more kites and windcatchers of various shapes and sized will complement the musical production, which will play several times daily. 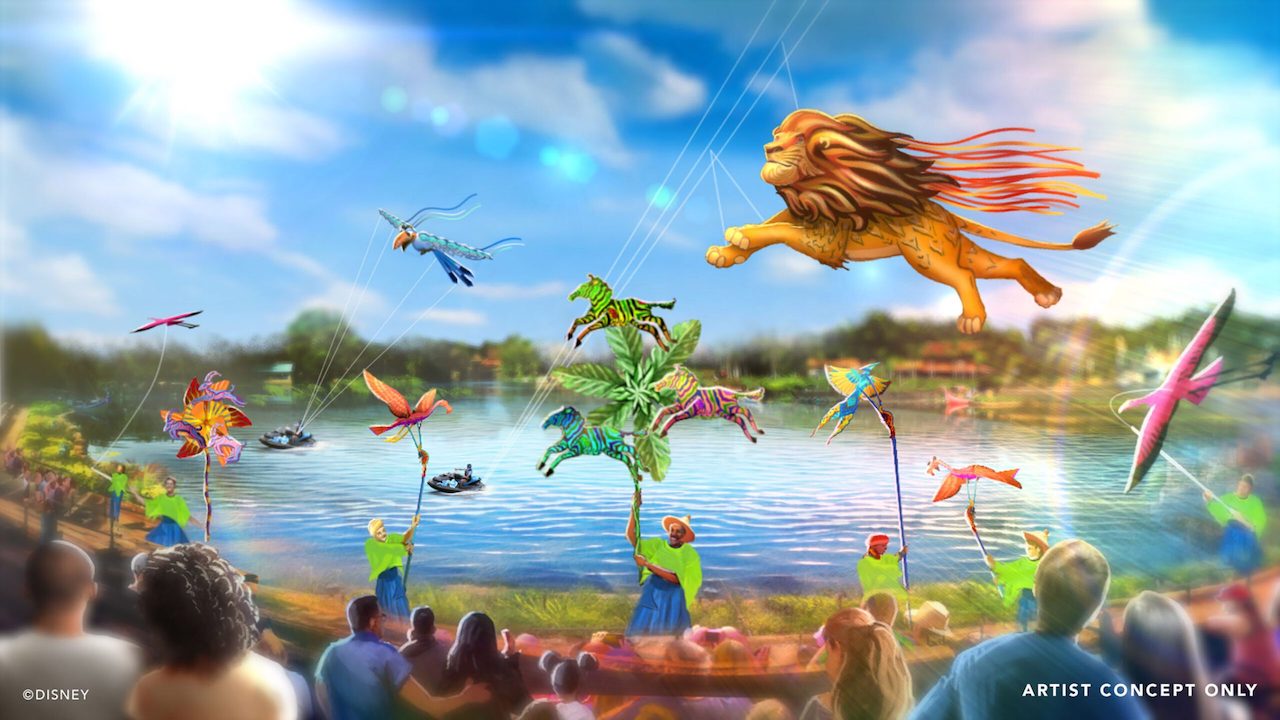 Walt Disney World's 18-month "The World's Most Magical Celebration" starts October 1 to celebrate the resort's opening on that date in 1971. Disney will plus each park's icon - Cinderella Castle, Spaceship Earth, the Tree of Life, and the Hollywood Tower Hotel - with special lighting and decorations for the celebration. In addition, the resort will install 50 golden character sculptures across the four Walt Disney World theme parks, including Mickey Mouse and Minnie Mouse on the hub in front of the castle in the Magic Kingdom. 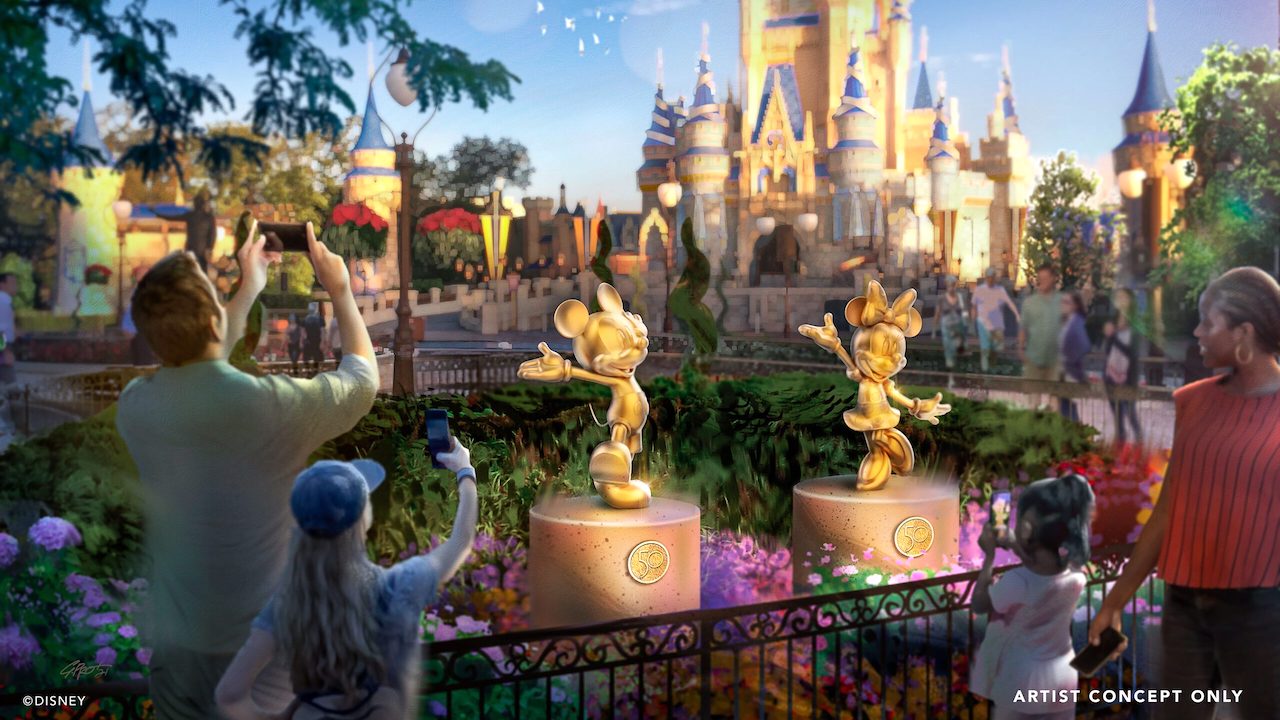 Even though the Magic Kingdom is the park that's actually turning 50 on October 1, the big new attractions will be over at Epcot, which turns 39 on the same day. Disney is calling Harmonious "one of the largest nighttime spectaculars ever created for a Disney park." 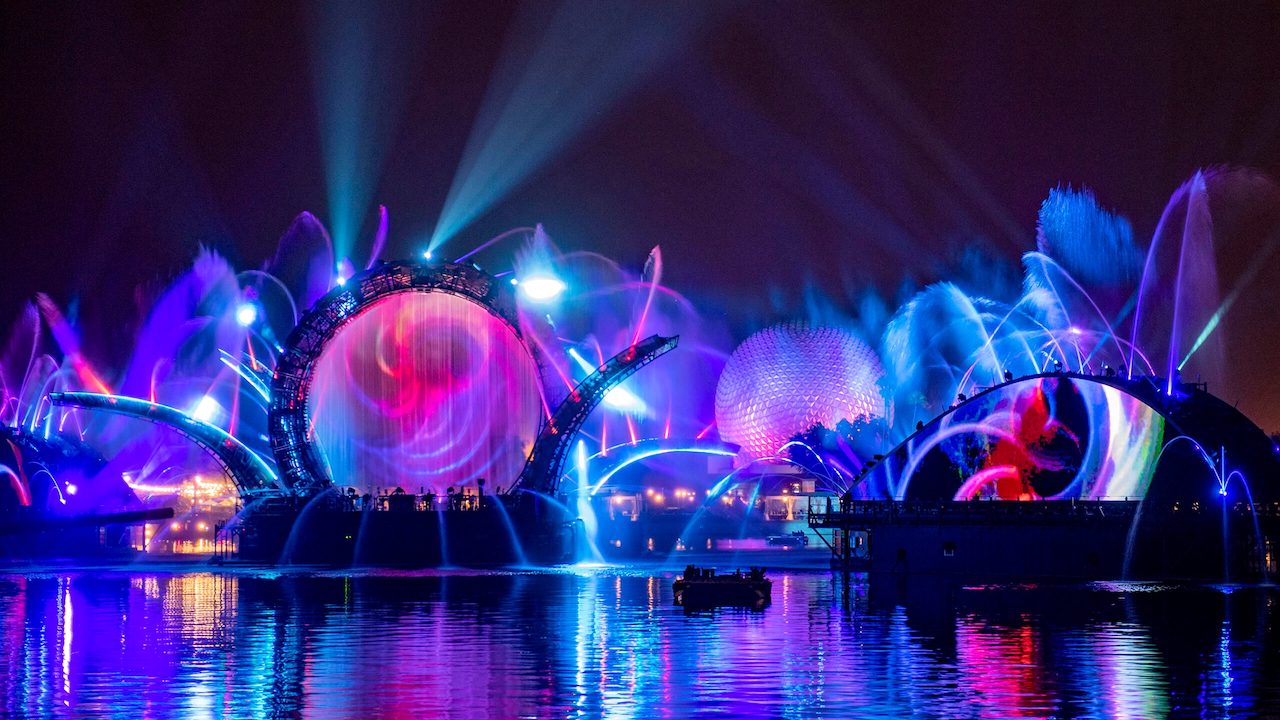 Resort guests have seen the massive show platforms that Disney has been installing on the World Showcase lagoon for Harmonious, which "will feature new interpretations of classic Disney songs, reimagined in more than a dozen languages by a diverse group of 240 artists from around the world," according to the resort.

Remy's Ratatouille Adventure is Disney's second installation of the Ratatouille: L'Aventure Totalement Toquée de Rémy trackless dark ride that opened at Walt Disney Studios Park in Disneyland Paris in 2014. Guests are shrunk to Remy's size for a chase through Gusteau’s famous restaurant on the ride. In addition, the expanded France pavilion will welcome La Crêperie de Paris on October 1, which will offer sweet and savory crepes through either table service or quick service.

Finally, Disney is giving away 50 trips to Walt Disney World for the celebration. U.S. residents over age 18 are eligible to nominate someone as a "Disney Magic Maker" who will be awarded a 5-day/4-night vacation for four to the resort in recognition for "bringing comfort, support and joy to those around them." To nominate someone, who must be a U.S. resident age 13 or older, visit disneymagicmakers.com.

Cant help but think covid derailed the main plans. I thought Tron and/or Guardians was supposed to be the big addition for the 50th

Guardians for the Epcot 40th next year is still in play, from what I understand... which, I think, makes more sense anyway. There's plenty new at Epcot this year already.

Tron was supposed to be this year, yeah, but maybe we will see that next year, too, as well.

I wonder if Ratatouille will also have virtual queue, much like Rise of the Resistance. World Showcase is the perfect place to take advantage of this as Disney can make some serious bank from people shopping and eating at World Showcase while waiting for their Ratatouille ride to become active. We'll see.

Why did Disney theme Harmonious to Pacific Rim and HP Lovecraft?

Wait, they're opening the creperie as a table service restaurant? Unless there's more items on the menu than I can imagine, I don't see how that will work out.

Prediction: A month after the debut of Disney KiteTails, the performers in front of the lagoon (in the concept art) will be cut from the show.

James, I wonder if the table service option at the creperie is going to be more like a bar with food service. Disney mentioned hard cider on its drink menu.

@James - It's possible that the creperie will be operated like Disney's newer counter service restaurants that require reservations/pre-orders (like Be Our Guest, Docking Bay 7, and Satu'li Canteen - when the PtWoA eatery first opened). I see absolutely no reason for Disney to put another traditional table service restaurant in the France pavilion (there are two already), and all of the publicity surrounding this new restaurant has framed it as a quick service establishment.

Six Flags Gets Into the Credit Card Business